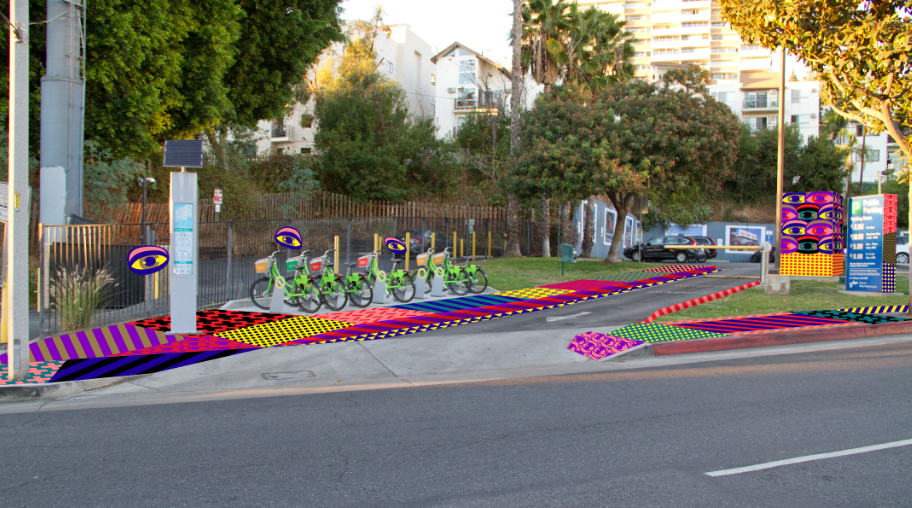 Ladies and Gentlemen, West Hollywood is officially leading the charge for Lisa Frank-colored cities across the U.S. As if it wasn’t enough to have rainbow crosswalks splashed all over the streets, West Hollywood just one-upped itself by creating beautiful, kaleidoscopic art out of…you guessed it. Parking lots.

Local artist The Art of Chase teamed up with the city to create Pattern Park, a temporary art piece that turns abandoned lots into beautiful, rainbow-colored public spaces. The kicker is, it’s only temporary.

Per the city’s press release:

“The temporary micro-park installations are a project of the City of West Hollywood’s Micro-Park Pilot Program, which activates underutilized spaces within the City during the renovation of West Hollywood Park. Kaleidoscope, TinyParks, and #WeLoveWeHo were the first three of these four installations, which are expected to remain in place for 12 to 18 months.”

So basically they paved parking lots to put up a paradise. We’ll take it!