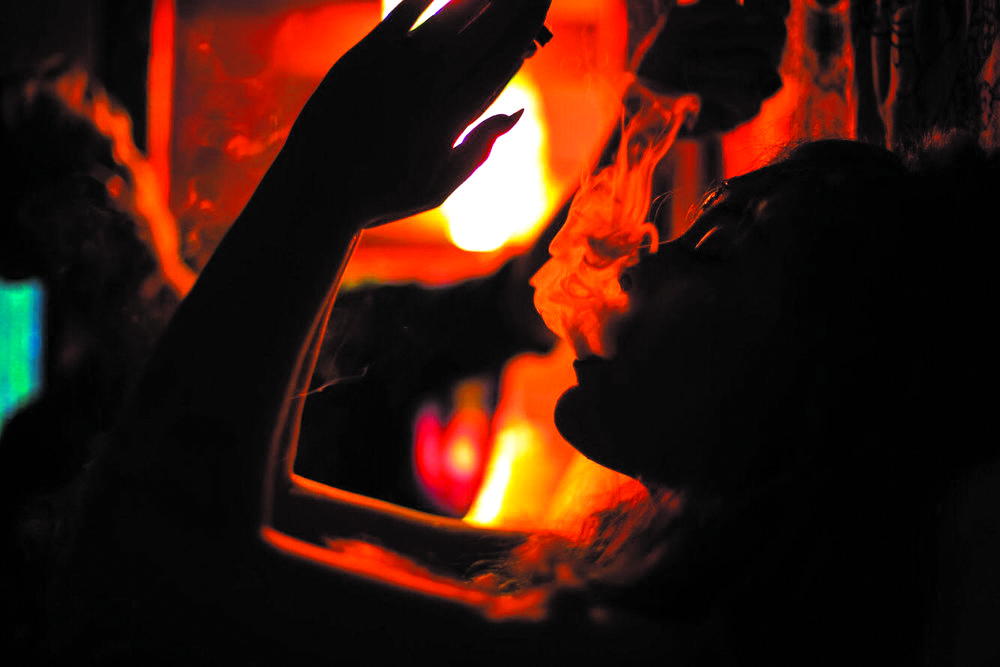 With marijuana sales officially legal in California, people have been learning more about its healing effects. The self-proclaimed “Medicine Woman with Goddess Flow,” Lizzy Jeff, has taken the cannabis industry by storm with her curated event series “Zen and Kush,”  which she described to LA Weekly as “redefining culture and rebuilding community.” As an African-American woman using art, cannabis and healing to curate her own opportunities and experiences, Jeff recognizes how her strong presence in the world of art, rap, and bud-tending is in itself revolutionary.

“Existing in this space, the cannabis space, as an African-American woman and what that represents is very powerful, very inspiring. I think about when I was just a little hood kid, and nobody gave a fuck about a hood kid,” Jeff told LA Weekly. “If you think about communities highly affected by the War on Drugs, I’m putting myself in a position to make an impact, provide education and awareness. I think about the opportunity that I love to get my groceries at Erewhon. You go to South L.A. where I grew up, people don’t even have the option to be healthy.”

In today’s L.A., legalized weed is creating the opportunity for new community spaces like Jeff’s “Zen and Kush” to pop up. Described as an “art experience,” the series, in addition to being alcohol-free, tackles topics like gender, sexuailty, and sensuality through self-healing and performance art. During a political moment where self care – especially queer self-care – is seen as radical, Jeff is creating a space for Angelenos to discover self care on their own terms, with the help of some green intervention.

For many years, healthy lifestyles have been catered to white families. Organic markets and health culture has often excluded minorities and disregarded people who don’t have access to healthier and fresher products. As discussed in professor and researcher Julie Guthman’s study “Bringing Good Food to Others,” farmers markets and other organic distributors tend to distribute to wealthier clientele because it is a market made by and sold to wealthy white American consumers. Guthman also showed how people who came into African-American communities as a part of projects to educate about healthy living could not fulfill their intention of serving these communities because they were unaware of the culture and complexities of each community.  Therefore, Jeff’s presence as a staple of healthy living stands out and serves her community in ways mainstream culture and markets cannot because she understands and caters to the specific aspects of culture that create disadvantages for underserved communities in places like South Los Angeles.

As an African-American woman, to take cannabis, something used as an excuse to incarcerate many people of color, and redefine it as a channel of healing and source of joy is only a part of what makes Lizzy Jeff “queen of the new renaissance.”

After having an epiphany that her life was not meant to be a manager at Victoria Secret anymore, Jeff set out to create positive opportunities for herself and others by creating her own path. Her monthly curation, “Zen & Kush,” which features artists, live performers, artisan edibles and more that caters to creating healthy experiences and human connections outside of the usual party scene. The series

With influencers like Jeff, art, healing, cannabis and genuine human experiences for people of all backgrounds and identities can permeate into popular culture and society.