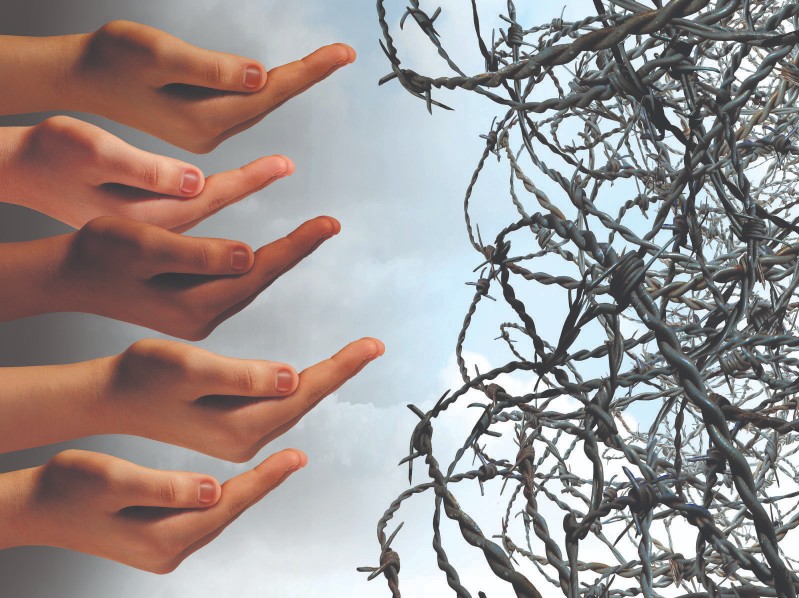 On Thursday, January 18, two days after a new “Religious Freedom Day” was declared by the government, the Trump administration announced that religious rights protections would be increased for healthcare workers who decline to practice procedures that they are religiously opposed to, such as abortions and gender confirmation surgeries. Sensing the inherent conflict between this promise and the basis of the Hippocratic oath that all healthcare professionals are made to take to ensure a non-biased approach medicine, writers, activists, and medical professionals took to Twitter to protest the decision.

“.@realDonaldTrump’s proclamation for Religious Freedom Day specifically says that no American should have to obey the law if it conflicts with their religion. Ahistorical and dangerous,” wrote the American Atheists account.

A nurse based in Fishers, Indiana tweeted: “I didn’t become a nurse to pick and choose who I will provide care for. If you have a true servants heart it shouldn’t matter if the patient is black, white, gay, straight, Muslim, Atheist, transgendered and so on. #treatallpatients.”

Like the infamous Masterpiece Cake Shop decision before it, in which a religious business owner refused to make a gay couple a wedding cake on religious grounds, the controversial choice to pit religious integrity against occupational neutrality creates a confusing, extremely divisive counter to the idea that human rights and religious rights are separate, unequal entities. By placing them together on the same plane, the Trump administration has begun to treat religious doctors, nurses, and healthcare professionals as a protected class. Healthcare workers and medical establishments in general are also, under the new decision, being treated more like private businesses, which are by law entitled to bias, rather than public service institutions.

But does the choice to tie church, state, and hospital together go against the very basis of the medical profession?

The first statute of the original Hippocratic oath is: “To place the good of the patient at the center of my professional practice and, when the gravity of the situation demands, above my own self interest.” The problem is that a term like ‘good’, or even the phrase “self interest,” becomes increasingly subjective and vulnerable to re-definition. If the idea of bias belongs to everyone, it’s possible that everyone can claim themselves to be part of a protected class. But how can you be protected against the promise you yourself made to protect and serve without bias?

The Hippocratic oath wasn’t always seen as a mandatory part of the job for healthcare workers. However, in recent years, it’s become more common, and more crucial, for students to enter the profession by guaranteeing non-biased treatment to patients from all walks of life. According to an article in Georgetown University’s Journal of Health Sciences, in 2012, “100 percent of medical school graduates in the United States swear to some variation of the Hippocratic Oath (as opposed to just 24 percent in 1928.)”

The attitude toward religious freedom protection for healthcare workers has yo-yoed back and forth since 1973’s Roe v Wade victory, with Republican-led governments usually favoring religious protections and Democrat-led administrations scaling back those same protections. The “Church Amendments” were introduced in the 1970s, at the start of Roe v. Wade, to allow medical practitioners to ‘opt out’ of performing abortions if it conflicted with their religious beliefs. Since that time, gender confirmation surgeries have been added to the list of procedures that healthcare workers can choose not to perform due to religious conflict. In 1996, a new act, titled Public Health Service Act 245, underwrote these protections by stipulating that the federal government would not fund hospitals or practices that “discriminated” against workers who refused to perform abortions.

The use of the word ‘discrimination’ as it applies to, in this case, the original discriminating party, is interesting in light of Trump’s recent decisions regarding transgender individuals in the military and healthcare in general. As the question of what makes a protected class grows murkier, Americans find themselves having to choose between personal morality and collective democracy.