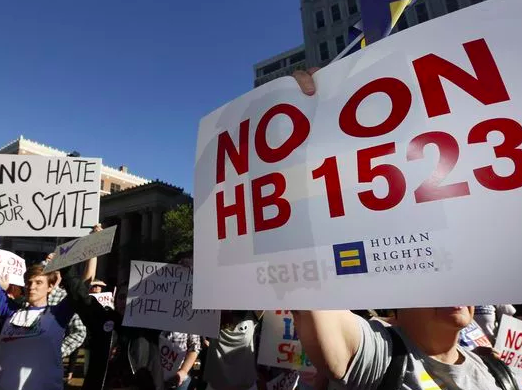 As of the today, the U.S. Supreme Court has decided to let stand Mississippi’s controversial HB 1523, which allows business owners and individuals to discriminate against LGBTQ+ patrons on the basis of religious beliefs.

HB 1523 is one of a few bills that have been floating around the Southern states last year which protect personal discrimination in the name of religious freedom. The law, which is also known as the “Protecting Freedom of Conscience from Government Discrimination Act,” was first blocked by federal district court last year, only to have that ruling overturned by the U.S. Court of Appeals for the Fifth Circuit.

Today’s ruling shows us that many of the battles of 2018 will be battles we failed to win in 2017. Hopefully with the new year, we’ll be able to contest hateful decisions with the new vigor and passion that finally allows us to overturn them for good.