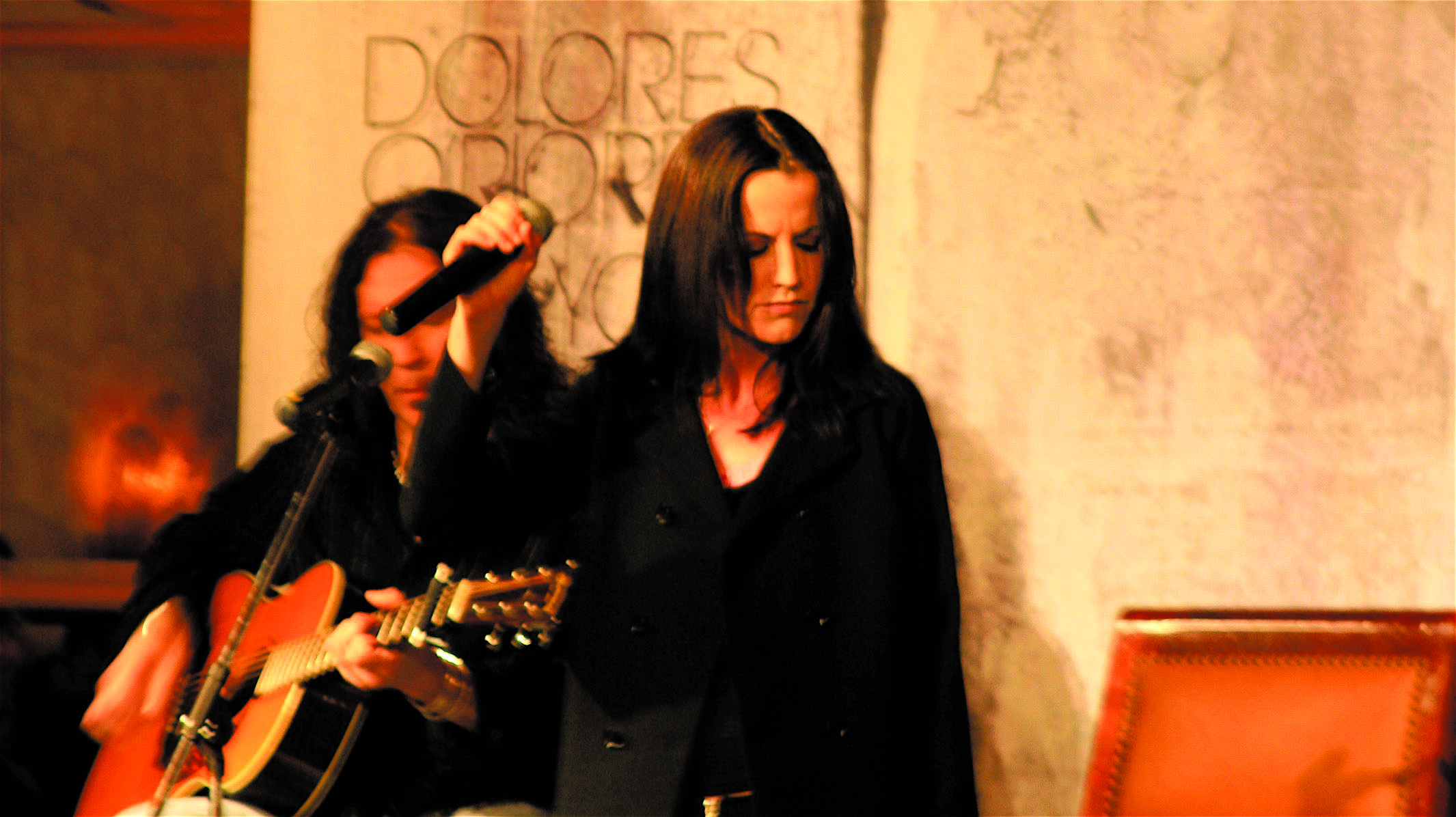 The tragic and too-soon death of 46-year-old The Cranberries frontwoman Dolores O’Riordan has caused a barrage of the usual thinkpieces, homages and ‘best-of’ lists among the world of music journalism. But what so few outlets have felt inclined to address is O’Riordan’s lone presence in the early ‘90s as a woman with a “queer” aesthetic. Unlike the more overt lesbian aesthetic of fellow Irish singer Sinead O’Connor (“shock me, shock me, shock me with that deviant behavior,”) the subtlety of O’Riordan’s, “alt-rock” look offered the ambiguity that many queer listeners needed to see in the public eye as a mirror of themselves that was missing in the mainstream.

Often praised for the non-specificity of gender name-checking in her lyrics, O’Riordan wrote most of the sad romances depicted in the songs of The Cranberries in the second person: For a “you” as opposed to the usual “he” or “she.” What’s more, O’Riordan attracted a solid lesbian following of fans from the outset of the band’s career: Their shows with gay boy-attracting Suede in San Francisco being one such example. It was at a show in the early days of their touring– at The Underworld in London – that O’Riordan first noticed this sect of her fanbase. As she commented to music magazine Hot Press in 1994, “…a lesbian group came in to see us play after some meeting they’d had. And they just stood there bawling their eyes out, calling my name, saying, ‘Please touch me!’ as if I was some kind of savior! And I couldn’t handle it all! I was saying to the band, ‘What’s wrong with them?’ But then I realized it was the way I look or, more so, the nature of the songs, which deal with intimacy and anger and emotions that, to me, are about men, but for them could just as much be about women. It’s much the same thing, isn’t it?”

And just like that, O’Riordan became one of the first early advocates of the same-sex/love is love mentality that reigns today. Long before there were female icons in the public eye willing to come forward and announce their sexual identity, there was O’Riordan, vehement about her aesthetic in the face of those tongue-wagging O’Connor comparisons, and compassionate rather than maligning toward this group of worshippers.

In a 2007 interview with Chicago Pride in support of her first solo album, “Are You Listening?,” O’Riordan stated, “People should be able to be able to do whatever they want with their lives. A person’s sexual preference is their own business. I love the gay community. I mean, some of the greatest geniuses — people like Freddie Mercury, for example — have been gay. It annoys me that anyone would be judgmental of someone because of their sexual preference.”

That the theme of invisibility and not being seen or heard punctuates most of both The Cranberries’ and O’Riordan’s solo work is also a factor when taking into account her devoted queer following. As the LGBTQ+ community has long suffered the ostracization and subsequent trauma of not having their voice accounted for, so too, did O’Riordan, a survivor of sexual abuse and molestation, as well as a longtime sufferer of mental illness in the form of bipolar disorder. Her spirit, nonetheless, triumphed in the melancholy opuses that her reverent fans will especially cherish now more than ever. Rest in peace, sweet, enigmatic Irish songbird and unofficial talisman of the queer community.