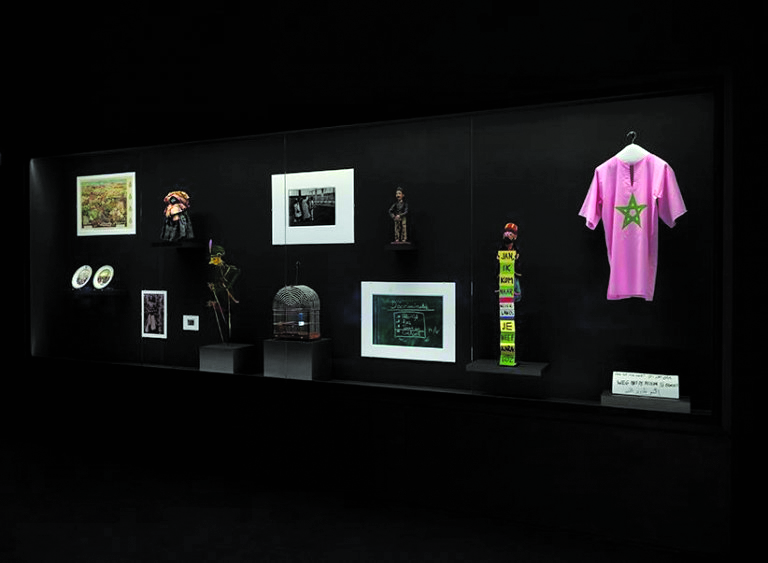 It’s already enough of a challenge as it is for refugees to get much of a voice in the public eye. At least one that isn’t slanted or tainted by some form of a political agenda. Add to that description the identifier of queer and the chance for any visual or vocal presence drops even further. Thus, a new exhibition from Carlos Motta at the Stedelijk Museum in Amsterdam is especially momentous.

Entitled “The Crossing,” the exposition runs through January 21, and highlights the troubled journey of queer refugees from countries where “sexual deviation” of any kind is not just socially ostracized, but criminalized. The countries these refugees have escaped from under grueling circumstances to find some form of asylum include Syria, Egypt, Pakistan, Morocco, Iraq and Iran. Composed of eleven videos, this spotlight on the “queer diaspora” is sweeping in its scope.

Take, for instance, Rameen, a transgender woman who fled from Baghdad upon discovering the horrible events that befell another trans friend of hers. Tormented by police, her friend’s anus was glued shut, followed by a steady stream of food shoved down her throat until she finally exploded. And this isn’t even the grimmest, nor most appalling story. Shocked by this tragic event, Rameen fled, paying smugglers everything she had to take a boat to Greece. By the end of the journey, the ship was barely above water. But this price is far less to pay than that of staying put.

Motta, however, isn’t just interested in telling the gruesome backstories to getting out in one piece. He also seeks to accentuate the part of the narrative that happens after arrival. As all refugees must turn themselves over to the police in order to gain political sanctuary, there is a process not unlike the being put under the microscope nature of getting “booked” for a “stay” at a concentration camp. From their point of landing, they go to Ter Apel to be registered in the system and are then transferred to a former prison facility called Aalphen ann der Rijn, where it’s safer for queer people to exist without the persecution of other refugees. But “safer” doesn’t mean Aalphen ann der Rijn isn’t without its tumultuousness, to say the least. For example, one refugee was denied hormones simply because she had not yet obtained a residency permit. And while Holland offers more comfort to the disenfranchised than a milieu like Iran, it’s not all tulips and “coffee shops.” Dutch immigration officials’ own separate persecution, hence, is one of the focuses of the exhibit, allowing Motta to delve into an even more layered exploration of the Dutch’s deep-seated history of colonialism to understand how a country so progressive can still be, in many respects, very close-minded.

And so, as we come to know more about the queer diaspora in countries like Holland, “The Crossing” serves as a pivotal jumping off point in even beginning to comprehend these refugees’ pernicious voyage.