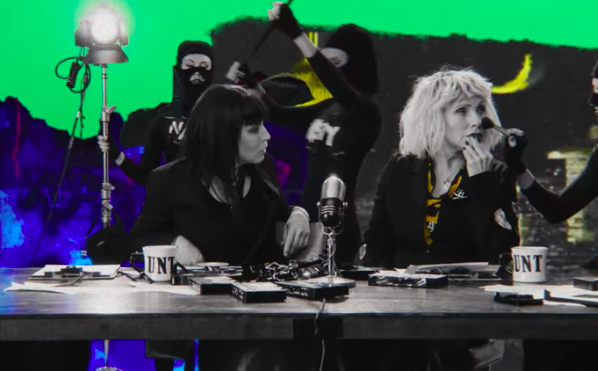 If you woke up yesterday to the news of a raging fire that’s already shut down the 405 for the foreseeable future, you’re probably looking for a little bit of, I don’t know…escape?

Look no further. Debbie Harry and Joan Jett have just dropped a video that not only places them in the same room at the same time, it involves a split screen and a truly excellent Pussy Riot-inspired hook about the end of the world. It’s called “Doom or Destiny” and yes it’s heavy-handed. Can’t you just let a few rock legends LIVE, for chrissakes!!

Thank you, Debbie Jett, for showing us just how much our world has gone up in smoke. No rocker team could have done it better!