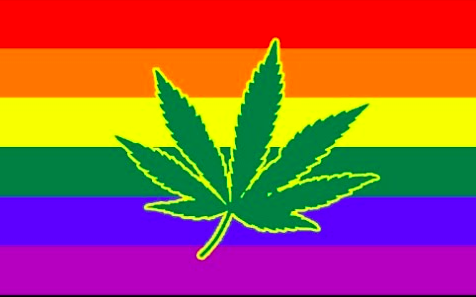 Weed has been ascribed all sorts of magical properties by its fondest proponents over the years. Today, as medical marijuana starts to become legalized across California, New York state, and all over the country, more and more users are turning to marijuana use to treat chronic pain brought on by lingering and incurable illnesses such as cancer and fibromyalgia. Some even go so far as to claim that weed can play a part in preventing HIV from turning into the AIDS virus. But can weed cure the psychological trauma caused by anti-gay bullying? One user certainly thinks so.

In an HIV Plus magazine article titled, “How Weed Saved This Gay Boy’s Life,” Zachariah Finning, a Dutchess County New York resident, recalls how smoking marijuana got him through the most painful parts of growing up.

“The last years of high school were a hard place for me, and I would be lying if I said that marijuana did not bring me solace during that time.” Wrote Finning, ascribing his ability to rise above the taunting and name-calling of his peers to marijuana use. “By the time I became aware of my sexual identity I had already been made fun of for it. I guess others know things about you before you admit them to yourself.”

Finning describes his use of marijuana as engendering him with a kind of self-actualization that allowed him to rise above the abuse.

“I no longer ran from my problems,” Finning wrote. “I faced them. I actually started changing things and discovered the courage to so. It unlocked an inner consciousness that helped drive me forward for years to come. Just as many aspects of life come and go, so did my use of the marijuana.”

As more and more states across the U.S. embrace the use of medical marijuana, the country’s relationship to the drug is bound to change. And, for people who don’t want the psychoactive properties of marijuana, the decision to buy CBD oil is another great way to get the benefits of marijuana without the high. Possibly the most interesting aspect of the change to come in recent years is suggested by new claims that we’re edging closer to a cure for AIDS and HIV. For Finning, marijuana helped him take on new struggles and battle chronic pain. For kids growing up in a world of legal marijuana, schools with LGBTQ+ anti-bullying initiatives firmly instituted, and a cure for HIV just on the horizon, perhaps coping with teenage pain will start to look different.