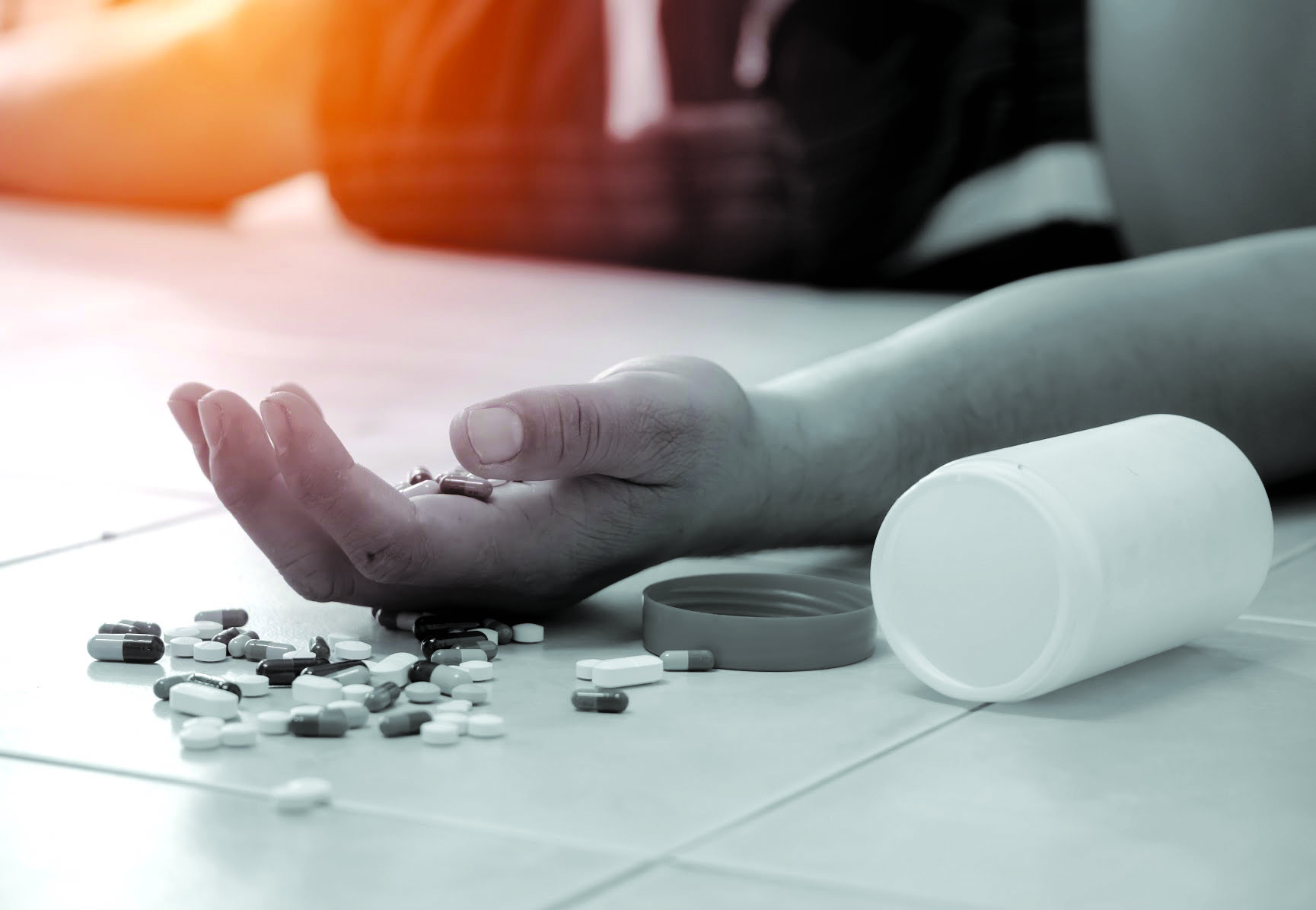 Last week, when Donald Trump declared America’s opioid crisis to be a public health emergency, lawmakers quickly rallied behind the initiative. Since the early 2000s, more and more Americans have fallen prey to the use of prescription opioids for recreational purposes. In rural communities, non-prescription versions of these drugs are circulated at alarming rates, claiming thousands of lives per year. In 2016, the death toll came in at 64,000.

What’s worse, not only does the problem seem to be escalating year by year according to a chart published in the New York Times, it’s creating a host of other health-related problems. Since opioids are often administered via syringe, the health emergency is predicted to create a spike in HIV positive diagnoses across the country, as well as Hepatitis B and C positive diagnoses in rural areas. With all these health concerns coming together to present a triple threat, the question of whether or not high-risk communities will be able to receive access to government-funded relief programs hangs in the balance.

In the early days of the AIDS epidemic, the disease was seen and marketed as a strictly gay male problem, and was thus ignored by the current administration. Thanks to the work of AIDS activist organization ACT UP, President Reagan was eventually forced to look at the facts, and so was the rest of the country. Before America could tackle the problem of the skyrocketing AIDS rate, it had to accept that the problem wasn’t specific to any one community or high-risk group. It was the country’s problem.

Today, the country finds itself in a similar spot. Shifting demographics are changing our idea of what America’s drug problem looks like, and what its next big HIV crisis could look like. Because of the overwhelming use of opioids in poor, rural middle-American communities, the statistics are shifting to reflect a new, highly vulnerable population. For the gay population in such communities, the chances of infection could double. There’s also the problem of low screening rates in more rural communities. In conservative states and counties where private health is a public (and moral) business, infected individuals are less likely to go out of their way to get screened. Some citizens might not even know where to go.

“The trend is now similar to that of the human immunodeficiency virus, or HIV, epidemic in the late 1980s and early 1990s,” said Robert Anderson, the Center for Disease Control and Prevention’s Chief of Mortality Statistics.

According to Politico, “The next HIV epidemic in America is likely brewing in rural areas suffering under the nationwide opioid crisis, with many of the highest risk communities in deep red states that voted for President Donald Trump.” The Washington Post recently expressed a similar far that the opioid health emergency could lead to a new HIV crisis. “Opioids, as well as being harmful on their own, also increase the risk of HIV outbreaks, as users sometimes inject the drugs using shared, infected syringes.” The sharing of needles is what led to a huge HIV outbreak in Indiana in 2015.

Statistics from the National Institute on Drug Abuse in 2012 estimate that 2.1 million people across the country deal with substance use disorders as a result of prescription opioids. An additional 467,000 are addicted to pure heroin. Globally, it’s an even bigger problem. According to a study by a Boston University associate professor Lisa Messersmith, “one in 10 of new HIV infections worldwide are in people who inject drugs.” As of late 2016, there are estimated to be 12 million people who inject drugs worldwide, and 1.6 million are estimated to be HIV positive.

Here in Los Angeles, the combination of high opioid use rates and a recent Hep C state of emergency make the LGBTQ+ population especially vulnerable. As the country turns its sights to fixing the growing opioid problem in rural areas, we took the time to ask Greg Millett, Vice President and Director of Public Policy at amfAR, about what we can do to be proactive about fighting opioid addiction in L.A.’s LGBTQ+ community.

Can you speak to how LGBTQ+ L.A. residents are being affected by the opioid crisis?

The nation’s worsening opioid epidemic affects everyone, including members of the LGBTQ+ community. Data on the opioid crisis, HIV and hepatitis C have been compiled by amfAR in our Opioid & Health Indicators database. Thousands of Americans die every year as a result of the opioid crisis; in 2015 there 4,659 drug-related deaths in the state of California. The epidemic’s impact is far-reaching and opioid addiction doesn’t discriminate.

Could you speak a bit more about how the opioid crisis is creating a greater risk of HIV and Hep C rates of infection?

Since sharing syringes is one of the most efficient routes for transmitting blood-borne diseases, the injection of synthetic opioids like fentanyl and heroin (the cheaper alternative,) has led to skyrocketing rates of hepatitis C infection. Hepatitis C (HCV) infections in America tripled from 2010 to 2015, and in 2014, an HIV and HCV outbreak in Scott County, Indiana left more than 200 infected from sharing needles.  CDC reported an uptick in HIV cases among people who inject drugs between 2014 and 2015 because of the Scott County outbreak. High rates of Hepatitis C may be a harbinger for a future HIV outbreak, which is why CDC compiled a list of 220 counties at high risk for an outbreak like Scott County.

What should HIV positive individuals be aware of when dealing with opioids?

It is important to know that opioid abuse is associated with poorer health outcomes. If you are HIV-positive and addicted to opioids, you may be less likely to take to your HIV medications and can jeopardize your health. If you are not taking responsibility for your health, you may unwittingly transmit HIV through shared needles or during sex with HIV-negative partners.

What are some of the best resources for L.A. residents to check out to help with recovery and curbing the epidemic?

LA-area residents should be aware of the benefits of syringe service programs in their communities. Syringe service programs reduce the risk of infectious diseases among people who inject drugs by providing clean, sterile syringes and a broad range of other health and prevention services. These include linkage to substance abuse treatment services, physical and mental health care, HIV pre- and post-exposure prophylaxis, and overdose-reversing medication. The North American Syringe Exchange Network (NASEN) has a directory of all the syringe service programs in California.

A recent article just came out that claims an HIV cure is on the way. If made available in the next few years, how will this affect the opioid crisis?

Any effort being undertaken today to end the HIV/AIDS epidemic is a welcome step forward, and that includes research efforts to cure HIV. The scientific community is indeed optimistic, that with the right investments, the challenges to an HIV cure can be overcome. If and when a cure is found, it will ultimately benefit the millions of people living with HIV, including those who use drugs.

Within the LGBT+ community, are there certain individuals who are at greater risk than others for an overdose?

Anyone dealing with drug addiction can fall victim to an overdose. While research suggests that the LGBT+ communities are more likely than heterosexuals to have substance use and mental health issues (primarily due factors including homelessness, stigma, discrimination,  or abuse,) more research needs to be done to find out which individuals within the LGBT+ community are at greater risk. We do know that – like HIV – opioids and subsequent addiction doesn’t discriminate.  The opioid crisis and subsequent overdoses have affected the young, old, gay, straight, rich, poor, urban or rural.