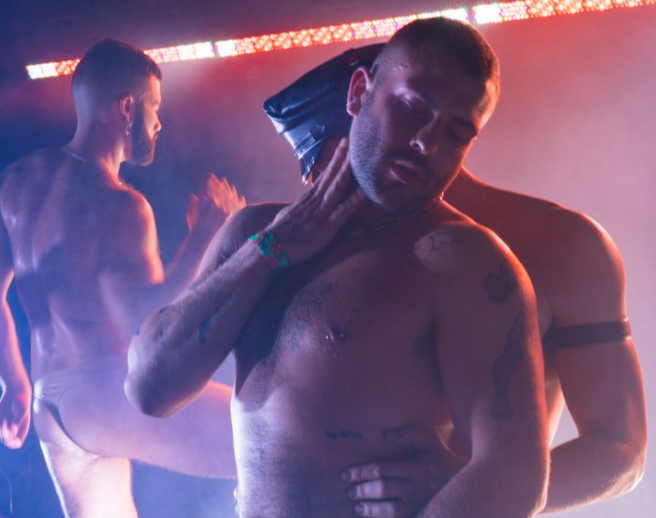 If you’ve ever been a fan of musician Casey Spooner, you’ll know he’s not one to shy away from the spotlight. In fact, you’ll probably have noticed that he adores the spotlight, especially when he’s wearing nothing except underwear with a giant hole cut through the middle.

As frontman of the band Fischerspooner, Spooner has always had a lot to say about gayness, being gay, and gaying it up. Just last year he told FourTwoNine magazine:

“I’m probably going to seem too racy because I’m a man [putting out a “gay” record] as opposed to a woman. There’s a completely different criterion for women than for men. Recently, someone was like, “This may be a little bit difficult because it’s so edgy.” And I was, like, “Edgy? Kim Kardashian is famous because she’s fucked on camera. How is me in a jockstrap more edgy than Rihanna rolling around in rhinestones?”

Now, with his newest, gayest album ever “Sir” finally nearing its early 2018 release date, Spooner has taken his gay-as-blazes marketing tactics to the streets with a sexually-charged performance at Brooklyn Steel last weekend. And thanks to OUT Magazine, we’ve got pics to prove it. Aggressive homosexuality never looked so good: