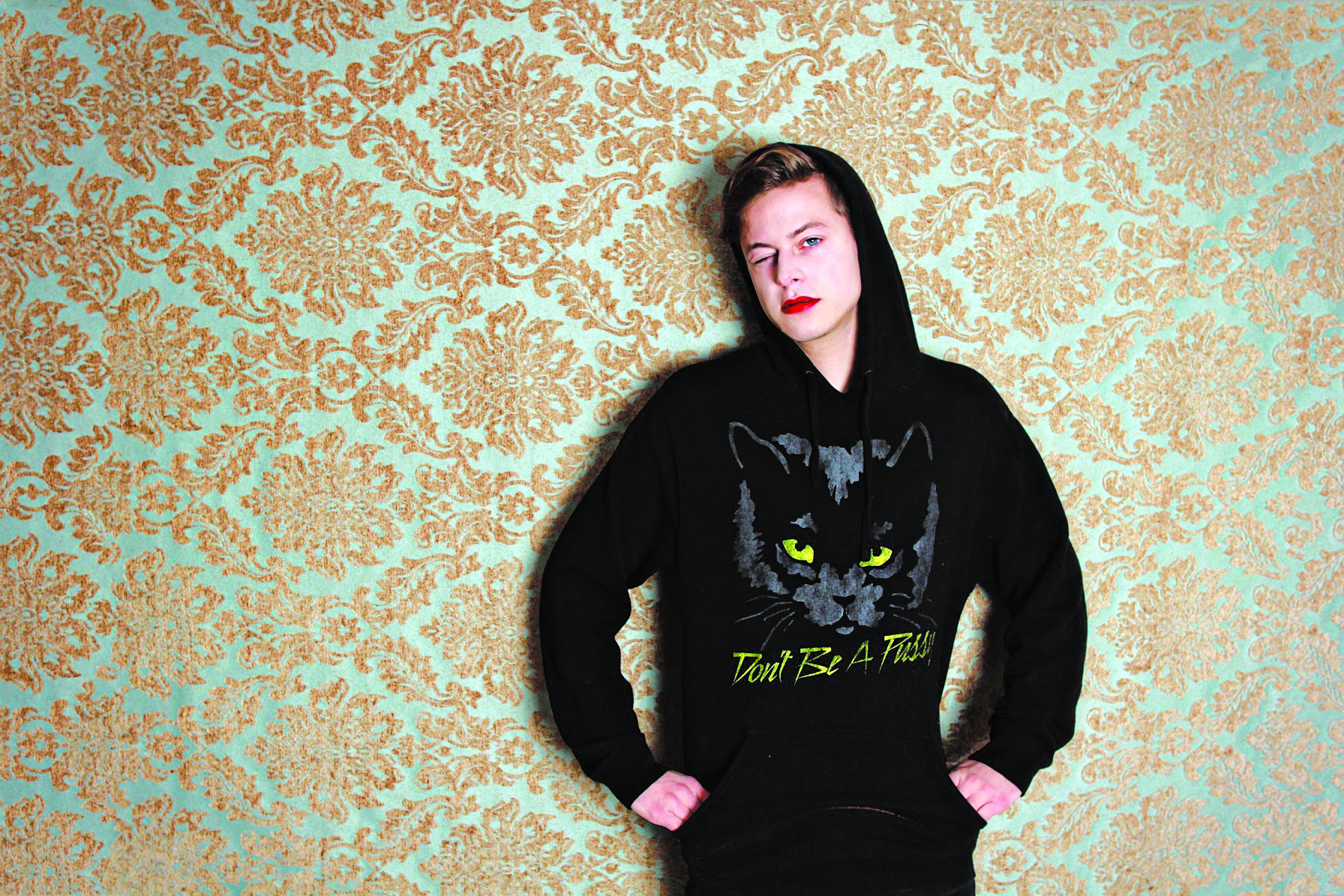 When Seattle-based musician Mike Hadreas, better known as Perfume Genius, dropped his fourth album “No Shape” this May, it didn’t take long for people to start buying what he was selling. Partly because what he was selling was totally ambiguous and fully, passionately queer. Hadreas’s vulnerable lyrics and gay-as-hell onstage persona were a refreshing kind of “fuck you” to a country that, in May, was still recovering from the ill effects of November’s election. “No Shape” is itself an album about recovery, relationships, and optimism…and no one can get enough. We sat down with Hadreas before the first wing of his next tour (alongside the British band The xx) begins in Los Angeles.

THE PRIDE: You’re having a pretty huge year. Are things rapidly changing for you?

I’ll probably know later. I haven’t been paying attention. [Laughs.] I just show up and do all of it. If I think too much about it, I could potentially freeze up. It’s such a strange thing because you have to stay creative and open and free, but it’s a lot of hard work at the same time and pretty rapid fire. You have to keep yourself in a weird headspace.

Well, I read all the press in the very beginning.

But it’s all been so positive!

Yes. Any trolling has been very typical – just the same things I’ve done my whole life, even before I started doing music. It’s not that hard to stomach anymore.

You’ve been doing this for awhile, but this seems to be the year that people are taking notice. And it’s a weird year for the country.

It’s truly a dark time in America, it’s just horrible. And it’s only getting worse. I know people think of my show as a safe space, where they’ll be surrounded by accepting people. They know they’ll be around people who feel as much on the outside and as scared as they do, and as angry and sad about everything. But they’re all together. It feels a little more like a community at my shows. And I feel a goodness circulating there. I want my shows to be like that.

Do you have people telling you how you changed their lives?

Whose music did you get that from when you were growing up?

I’ve always been a music nerd. I think Liz Phair, “Exile in Guyville” was huge. I heard it was I was 12 or 13 and it changed everything for me. I was listening to like, Ace of Base before that. Who were great, but didn’t change my life. Liz Phair changed what I thought music could be about. Also Patti Smith and P.J. Harvey growing up.

People are always talking about your vulnerability on stage. Did you get some of that from these women?

Yeah. They kind of shift it and turn it into something weaponized. Which is what I get off on. [Laughs.] Like P.J. Harvey’s intense makeup, the blue eyeshadow with the red lips. Like traditional glamour, Marilyn Monroe makeup but in a way that’s scary and in your face. She turned all that stuff that people tried to put on her and threw it right back at them.

Scary androgynous makeup is coming back. Is androgyny something you draw on?

I guess in a way. I don’t think about it as much, I guess since I’ve had to endlessly talk about it, it stopped becoming a natural thing for me. I do whatever I want. I can dress like a trucker one day and wear a gown the next. It’s a weird thing. I try not to be resentful about it because it’s essentially why I’m doing it – because those things were important for me to talk about. But this last album, I wasn’t thinking about it as a gender, gay manifesto. But at the same time, all of it’s there.