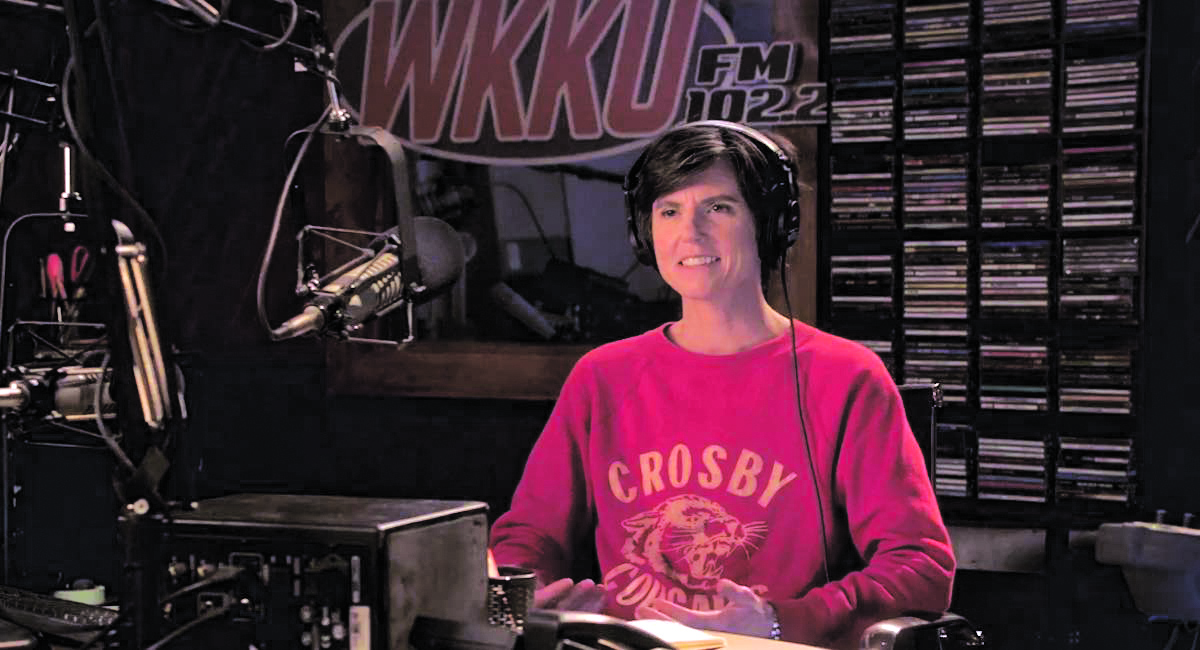 It might be easy to look at the current landscape of comedy – the gross-out humor of the ‘00s having made way for a type of cringe humor typified by Louis CK and, to a lesser extent, the Judd Apatow coven – and put Tig Notaro somewhere between CK himself and the rest of his disciples. But while, yes, CK is listed as an executive producer on Notaro’s show “One Mississippi,” which premiered as an Amazon original last year, his influence (thankfully) is neither seen nor heard. Mainly because he has taken a severe backseat on the show due to some issues that are addressed directly in this season of the show (one word: masturbation.) And also because, quite simply, Notaro is her own deal. She is, in fact, one of the few comics to emerge out of the last 10 years with her own voice, something that she doesn’t seem to owe to anyone or anything. Except, of course, her complex past experience, which is just what “One Mississippi” is about.

The first season of the show took place right after Notaro’s character (“Tig Bavaro”) fresh off a cancer-related double mastectomy procedure, had moved back to her hometown of Bay St. Lucille, Mississippi to care for her dying mother. Her incredibly WASP-y father in law Bill – whose father was Tig’s childhood abuser – is cut off from all emotion, and her brother Remy is trying to figure out his own mess of a life. Their mother shortly dies, and Tig is left to pick up the pieces.

Melodramatic? With a plot like that, it could have been. But it isn’t. Needless to say, “One Mississippi” is packed with trauma. The trauma of losing a parent, of surviving cancer, of growing up gay in the South, of surviving sexual abuse. Of surviving, period. And you would imagine that this would make it a much sadder, more hopeless show than it is. A kind of trauma spongecake. But at its best moments, at its most transcendent, “One Mississippi” doesn’t actually manage to be about anything. Notaro is as deadpan as it comes, and seems to be the only one in her world who is able to find the absurdity in all the melodrama that has been threatening to tear her family and her life apart for decades. She is very much in her own world throughout, and at certain moments – after being spurned at a Ferron concert in the first season and after finally kissing her longterm love interest in the second – she actually bursts into song. And the effect, though weighted down with pain, is magical. It’s as if to say, “yes, pain is here. But so is everything else.”

The second season of “One Mississippi” deals with the aftermath of Tig’s childhood abuse by her step-grandfather (Bill’s father) a man who had been molesting her from near-infancy into her teens. There is both this trauma to unpack (which Tig does on her hilarious radio show, which no one in Mississippi seems to understand) and the issue of how her family, including Bill and Remy, stood by silent. But “One Mississippi” is a comedy, and is not interested in huge blowouts, grudge matches, and blame being melodramatically placed upon others in moments of passion. Notaro is more interested in telling the story to get past it. It’s everyone else who, once having to face up to her trauma, unravels.

“One Mississippi” is almost the perfect show for the Trump era. Not because it does a great job of covering those subtle political changes in the South, or even showing what it means to be openly queer in the South, but because the show is structured – and in its best moments, acts as – therapy. Notaro’s view of the world is incredibly forgiving, and also incredibly anti-bullshit. Watching her deal with her issues and the issues the world has forced her to take on gives viewers a new way to think about pain, trauma, and plain everyday resilience. With “One Mississippi,” Notaro has given us a hero for our time.