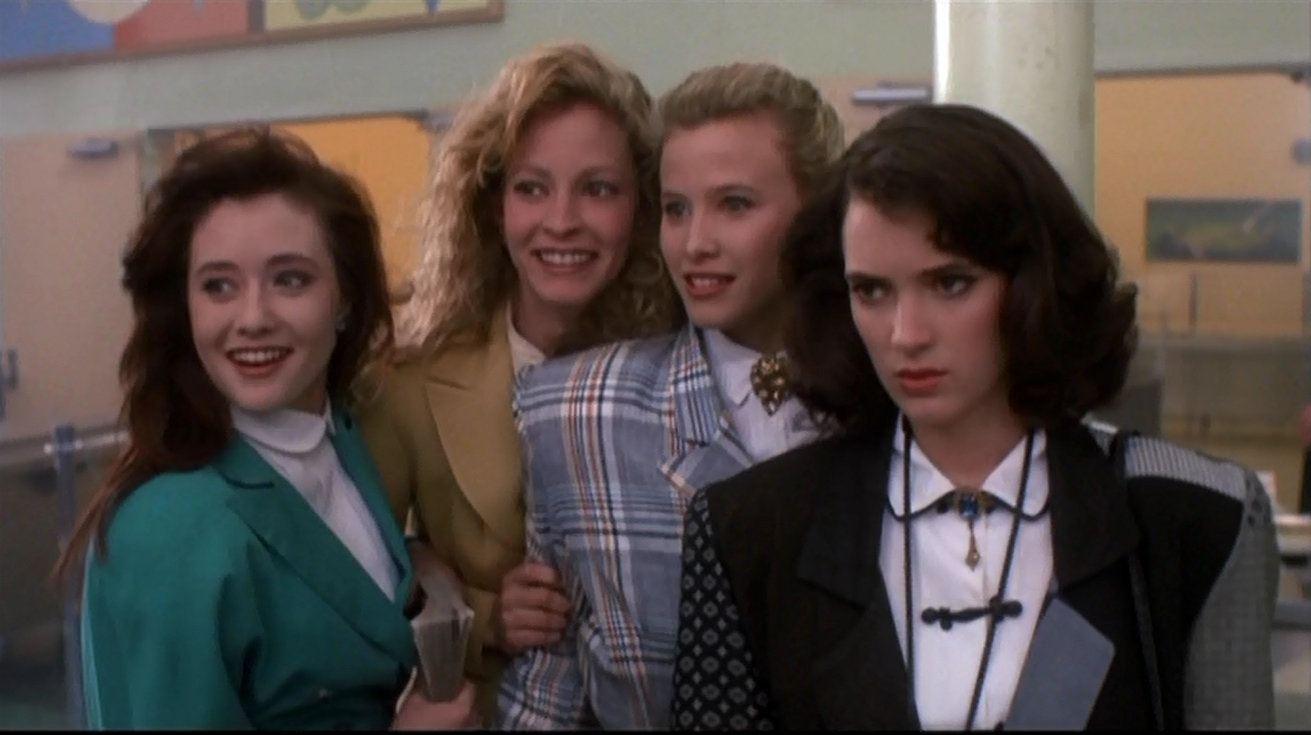 If you didn’t already know it by now, nothing is sacred. Certainly not Michael Lehmann’s 1988 black comedy pièce de résistance, “Heathers.” At the time of its release, Winona Ryder was coming off the high of the role – Lydia Deetz in “Beetlejuice” – that would see her typecast as the quirky misfit for most of her career. The screenwriter, Daniel Waters, was offering Hollywood his first feature, and oh, what a precedent it would set for him. Sure, he would also go on to work with Ryder again, but it was on the, shall we say, much less iconic “Sex and Death 101” (released during Ryder’s more unsuccessful comeback period, post-shoplifting.) Thus, “Heathers” is hallowed for more reasons than the fact that it’s a the grandmother of the high school dark comedy – it’s also the magnum opus of Waters’ oeuvre (though “Batman Returns” is a close second.)

Why, then, must the only person thus far listed as having writing credits, Jason A. Micallef (whose only major movie has been “Butter” starring Jason Bateman – though its tone was dark in the vein of “Heathers,”) do this to us? Sure, it’s not really the writer’s fault when these remakes happen, but don’t give them so little credit as to think they’re not the ones pulling the puppets’ (actors) strings.

Then again, maybe Micallef and the other pre-production minds behind the project are simply trying to stay relevant in a world ever sensitive to the notion of “being left out.” As one of the first pieces of content to appear on the as of yet non-existent Paramount Network (coming 2018,) “Heathers” is another of the latest in a series of reboots seeking to cash in on the trend of gender-reversal (see: “Lord of the Flies” starring an all-female cast) and race (see: Jay-Z’s “Moonlight” video.) Although this is theoretically a positive direction for pop culture, notorious for its longstanding favoring of all that is white and heteronormative, at what cost is Hollywood regurgitating these former monuments to filmic perfection?

Though the actors – who have been most vocal in publicizing the show at events like the VMAs – are gung ho about telling the media how different and edgy an upgrade it is, the overall feeling one gets from watching the trailer is like that of eating cold oatmeal (or brain tumors?)

According to James Scully, the character playing Jason Dean this time around, “Don’t get attached to any of the characters . . . we have more time to kill more people. We can kill as many people as we want.” So, basically, “Heathers”” the TV show is “Scream Queens” with a genderqueer slant and fewer ladies. Or you could just watch past episodes of “Scream Queens,” which got canceled because it was original.