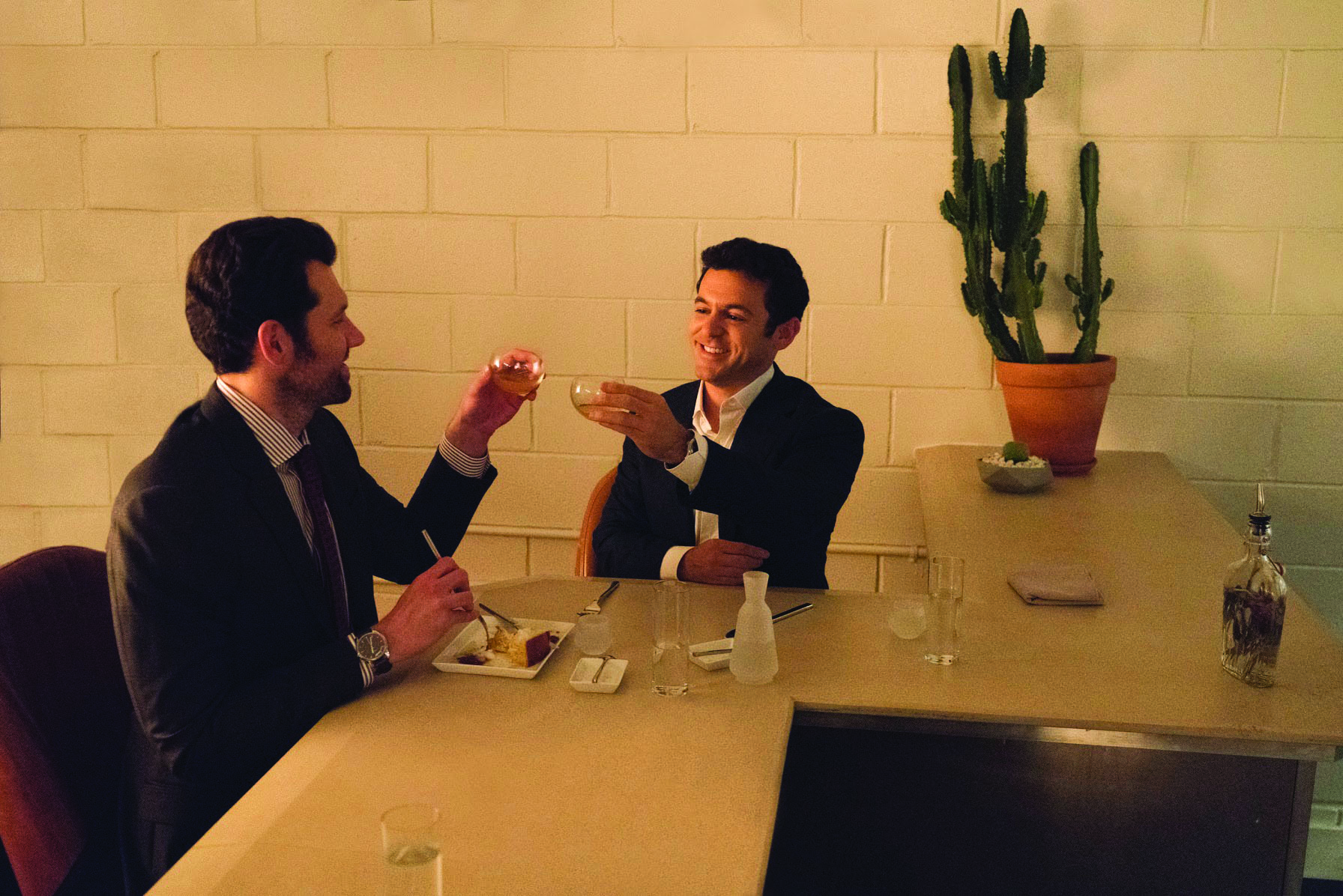 If anyone were to tell you three years ago that someday you’d be watching a post-“Wonder Years” Fred Savage pretend to be in a relationship with Billy Eichner – aka that guy who accosts people on the street for a living –on TV, you probably wouldn’t believe it. First of all, a Fred Savage comeback?! Secondly, Billy Eichner?! That guy who keeps shoving a microphone into New Yorkers’ faces and offering them a dollar for worthless information?

But much has changed in three years, paving way for the kind of programming that would have been considered beyond belief in the pre-Netflix age. Namely: That unthinkable “Full House” remake, a wildly successful reboot of the ‘70s-‘80s clunker “One Day at a Time,” and “Riverdale,” an entire series devoted to hyper-sexualizing the characters of the Archie universe.

This brave new world also includes “Friends From College,” a sweet, well-meaning, but ultimately repetitive comic drama about six Harvard grads who end up, twenty years after graduating, all living, working and screwing around (mostly with each other) in the same city. Granted, that city is New York, but it’s still not quite enough to make it all plausible. Unless you take the time to truly and seriously consider the earth-shattering central thesis of “Friends From College,” which is that no one really grows up. No one wants to, first of all, and even those that might want to simply…can’t.

This is where we start to run into the same trap of other shows rushing in to trade on the nostalgia tsunami created by Netflix reboots and original programming. How many times, for instance, have we seen that scene in which two people having an affair – each married to other people – have to come up with a quick, convincingly non-sexual reason as to why they’re in the same place at the same time to the satisfaction of a mutual friend or colleague? How many times, also, have we seen the familiar stock characters folded into more adult-seeming stock relationship templates: The marriage that’s not working because he’s distracted and she’s controlling, the long term relationship that’s not working because he’s clueless and she’s ambitious. The affair that’s not working because he’s trying to have kids and she’s already got them. In the world of “Friends From College,” anything that falls outside of the central friend group – any other responsibilities including jobs, kids, and spouses – simply don’t matter. They basically don’t exist. And you can say whatever you want about the French farceurs from which comedies like “Friends From College” borrow their template, but at least they saw that all the slamming doors and sexual hijinx in the world don’t really matter unless there are some, you know…stakes.

Things almost, for a brief moment, start to get interesting when it comes to the one gay couple in the show. Fred Savage’s aforementioned relationship with Billy Eichner is fraught from the start because Eichner – the one true adult in the entire “Friends From College” world – doesn’t like how juvenile his boyfriend becomes when he’s around his selfish, obnoxious friends. In any other actor’s hands, Eichner’s nearly-thankless role becomes the one note of interesting criticism in and of the show. His character exists as the beleaguered Nick Carraway of the piece, eager to have an adult relationship with his boyfriend, only to be thwarted by the constant presence of messy adults who refuse to grow up. In an era when gay characters are often relegated to the sidelines, denied personhood – or worse, made an example of – Eichner’s appearance on “Friends From College,” is the show’s one redeeming quality. But then, we’d expect nothing less from Eichner, who has made a career of being a complex, defiantly undefinable gay character on screen, both in “Billy on the Street” and the excellent “Difficult People,” which returns (mercifully) on August 8.