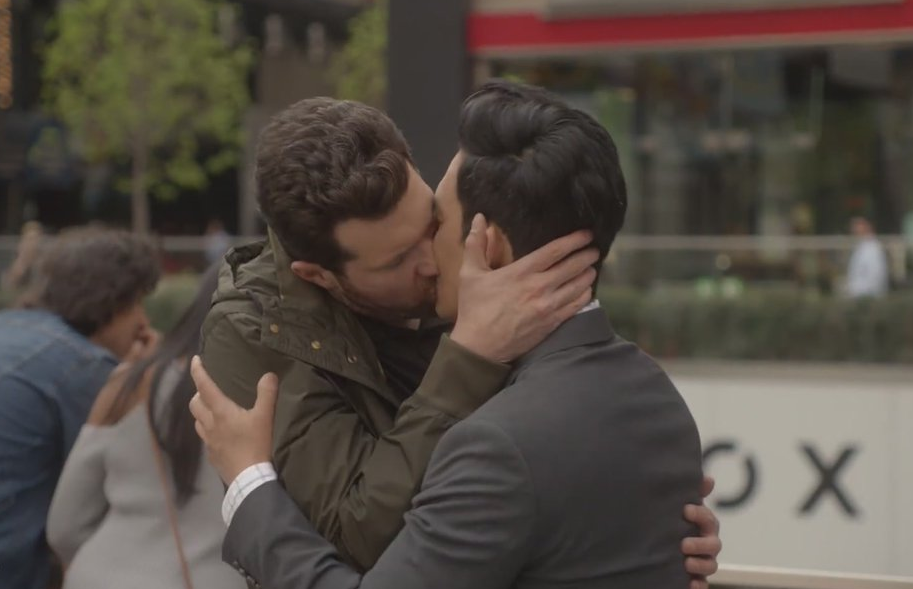 It is a truth self-evident that there is far too much TV in this world: Too much of it long, too little of it good. “Difficult People,” a show that made its reputation off of mocking the mediocrity of other shows, does not have this problem. “Difficult People,” as much a traditional half-hour comedy as it is a send-up of the traditional half-hour comedy, is, in fact, as close as one can get to a perfection of the art form.

“All the people who used to say they didn’t have televisions are now saying ‘There’s too much TV to watch!” Billy Eichner says to a perpetually unamused casting agent with a bucket of kosher pickles on her desk. And so begins another foray into the world of Billy and Julie, two lovable out-of-work actors in their mid-thirties with no conscience to speak of, unless it comes to minor pop culture details. In that area, the two have plenty of moral stands to take, many of them inconvenient. Season three opens with a distinctive cross-carrying moment, as Billy and Julie martyr themselves at a performance of Sondheim’s “Sunday in the Park with George” starring the entire cast of flyover-country favorite “The Big Bang Theory” (retitled “Bazinga in the Park with George.” Such lowbrow horrors, of course, will not stand for Billy and Julie, who storm the stage carrying signs saying “No Bazinga” and “Respect Sondheim’s Intentions.”

These are the same two people who, just minutes later, will dump bags of roadside trash into the car of a Trump supporter (another moral judgment) and use their community service time to brainstorm ways of furthering their careers. “Difficult People” is, like so many shows set in New York, a comedy of misery. It’s also a comedy of pure democracy, with judgments freely cast and decisive opinions freely held. It’s also one of the out-and-out gayest shows on television – that rare half-hour that will not only make explicit mention of gay sex by characters who actually engage in it (“I didn’t earn the title “shutter eye” JUST because of my anus!”) but gets closer to showing it than anything else on TV.

This might not seem like a huge thing in 2017, and it shouldn’t be a huge thing in 2017. But this is Trump’s America and – surprise! – it is. In the same way that it’s groundbreaking to talk casually about gay sex on TV, it’s also groundbreaking to cast an Asian male as a gay love interest, which is exactly what “Difficult People” does, bringing on the magnificent John Cho as Billy’s I’m-just-as-terrible-as-you-are perfect match.

Many people equate the show’s caustic sarcasm and the selfishness of its characters with a bitter and cynical worldview. However, although Billy and Julie’s view of the world is strained, petty, and myopic, it also has an enormous amount of heart. Despite their disregard for others, their obsessive need for attention, and the way in which they use everything as a disastrous attempt to further their careers, the characters do, in fact, stand for something. More importantly, they stand against something. Perhaps it’s the dumbing down of our culture – the thing that makes a “Bazinga in the Park” seem not only possible but probable. Maybe it’s the idea that we should pretend to care about things that we will simply never care about. Maybe it’s the foolish pretense of having to go around the world – especially the world of New York – pretending like you’re not totally looking out for #1 all the time. Whatever the cause, “Difficult People” has stayed consist in fighting against the force that’s transforming their country into a plebeian black hole full of “Big Bang” lovers and Trump supporters. And that, in this day and age, is the real, selfless work.