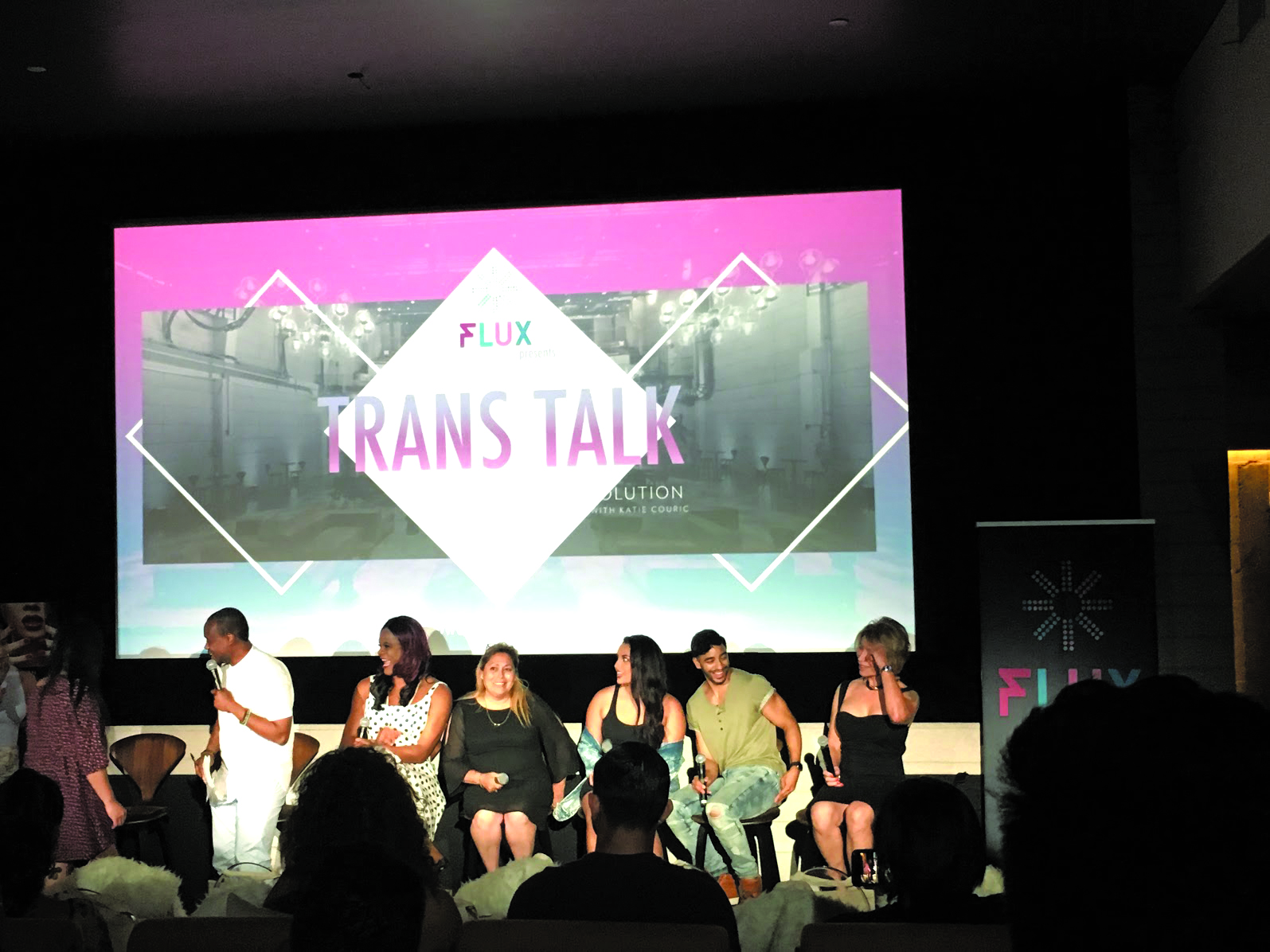 On June 20, to celebrate the DVD release of Katie Couric and National Geographic’s documentary “Gender Revolution,” the Aids Healthcare Foundation’s FLUX group,  a national affinity network dedicated to raising awareness, gathered allies at Neue House for a special screening of the film, followed by the first in a series of Trans Talks panels. The panelists were Julissa Bermudez, a correspondent at Yahoo Celebrity, activists Christiaan Kier, Blossom C., and Zoey Luna, Tiq Milan , a writer, public speaker, activist, & strategic media consultant, model Laith Ashley from the acclaimed reality show “Strut,” and entrepreneur Michaela Mendelsohn. The talk covered a range of subjects from trans safety to allyship to non-binary identities,

“I want to share more narratives and different perspectives,” said YouTuber and teen activist Zoey Luna, who appeared on the panel with her mother Ophelia.

The educational benefit of “Gender Revolution” came up several times, as panelists encouraged audience members to show the film to people in their lives who had questions about the trans experience.

“When people ask questions, I know it’s coming from a place of honesty and wanting to know more,” said Christiaan Kier, who teaches at CSULA and, along with host Queen Victoria Ortega, runs a job readiness program for trans youth in L.A. “But when strangers start asking personal questions about our lives, it can be jarring.”

The event was the first in what FLUX and AHF hope will be a series of talks with different panelists throughout Los Angeles in the coming year.