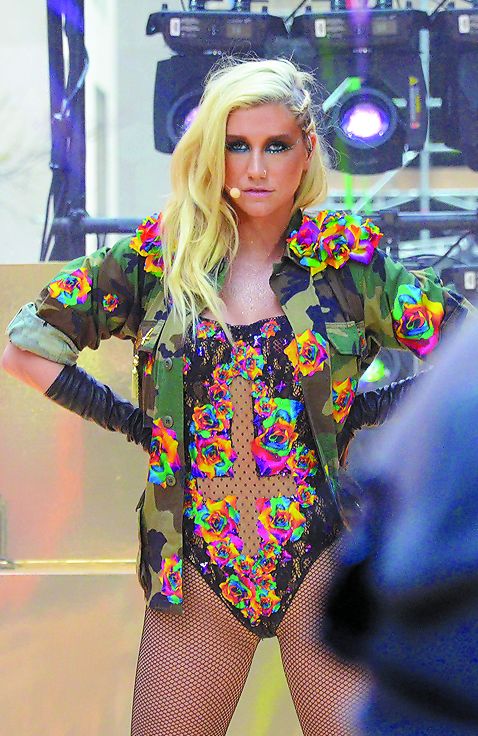 Who could forget the images of Ke$ha from two years ago: The ones that showed the once-ubiquitous pop star, head bowed, broken by the defeat of her court case against her abuser, Dr. Luke?

Who could forget the wave of op eds and think pieces that followed, the Internet’s endless call to arms, the cries of #FreeKe$ha? And who could forget the star’s actual testimony against her producer/abuser, who allegedly raped her, emotionally abused her, and jump-started her eating disorder in 2009, after seeing the video for “Tik Tok” and saying she looked like a refrigerator?

Apparently, a lot of us could forget it, and far too easily.

But Ke$ha, not one to be ignored, has made her comeback at last, and she has made it unforgettable.

Her July 5 release of a new, post-Dr. Luke single, replete with a lushly-filmed music video, came unheralded. In it, Ke$ha bemoans her fate, says she has considered suicide, and sings in the second person to a past abuser we can’t help but identify as the nefarious Dr. Luke, who has for upwards of five years stood as the sole reason for Ke$ha’s musical hiatus. When the courts ruled in 2016 that Ke$ha’s plea to be released from her contract with Sony – which stipulated that Dr. Luke must be present in the recording booth – was invalid, the cause was swept up in the broader feminist whirl. Since then, we’ve barely had time to consider the music, and when and how – if ever – it might reappear.

“Praying” is a beautiful, rich ballad that both reminds audiences of everything Ke$ha has gone through, and of everything that made her so unique when she first came on the scene almost ten years ago as the brash, brush-my-teeth-with-a-bottle-of-Jack party girl with no f***s left to give. There’s always been a soulfulness beneath even her poppiest pop hits, and in “Praying,” she allows it to come to the surface and envelop us. It doesn’t hurt, also, that the video’s imagery is blindingly bright: A literal take on the metaphor of the phoenix rising from the ashes.

In the meantime, going through her slow and steady transformations year by year is Lana Del Rey, who has promised us a new album – her first in two years – scheduled to drop on July 21. “Lust for Life,” from what we’ve already heard of it, is an uncharacteristically optimistic concept album for a woman who, a mere five years ago, sang of lethal, doomed romances full of lyrics like “Your soul is hunting me and telling me/ That everything is fine/ But I wish I was dead.”

“Lust for Life’s” first singles, “Love” and the eponymous “Lust for Life,” featuring the Weeknd, are – compared to her past offerings – less melancholic by far, and part of a growing breed of witchy politicism that pop culture has embraced since Trump took office. Del Rey’s interpretation of resistance is a kind of blind pursuit of beauty, love, and the timeless parts of life that make it worth living, even in the dark. For Del Rey, this comes with a kind of feminist, Wiccan twist: As if to say, ‘Give yourself up to the power of the moon, and all will be well.’ Del Rey even encouraged her Instagram followers earlier this year to join in a “binding spell” that would prevent Trump from doing harm to the country.  It seems that Del Rey no longer wishes she was dead, which is excellent news for those of us – growing in number every day – who can’t imagine life without her.