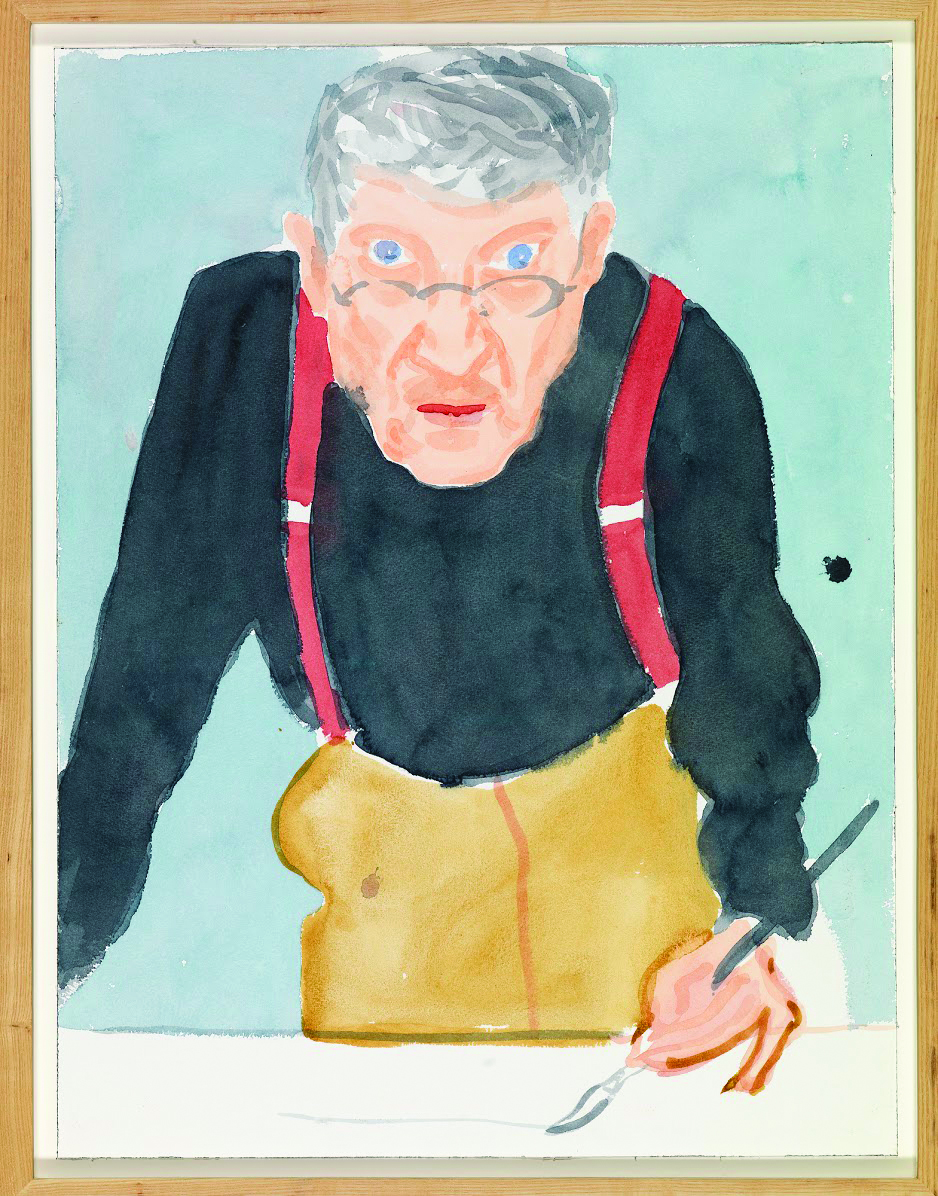 Most people who know a little about art know about David Hockney, the quieter, British-born Warhol contemporary whose scenes of daily life are notable for their brilliant color and broad strokes. After making a name for himself in the London art world, Hockney moved in the mid-sixties to Los Angeles, where he would discover his greatest, most enduring muse: The swimming pool. And also boys. Lots of boys.

As an openly gay artist, Hockney never feels the need to over (or under) state the case. His paintings are elegant, sensual, and evocative of a specific, calmly lustful mood. The now-approaching-80-year old artist is enjoying the birthday gift of a retrospective at the J. Paul Getty Museum from now until late November. But instead of seeing the classic scenes of pools, boys, and the occasional sleeping dachshund, museum-goers will be treated to a less common muse of the Hockney-verse: The artist himself.

In self-portraits ranging from the ‘60s to the present, and across many different media platforms, we’re treated to the evolution of Hockney’s artistry through the shifting canvas of his own face and body. In the playful ways in which he allows himself to be interpreted by his own brush – cut into pieces in a Picasso-like abstract, or from his own POV while sitting down staring at his shoes – he allows us to see him without flourish. An almost shocking kind of vulnerability is on display in all the portraits, something one doesn’t tend to see with an artist that feels the need to exert more control over his own image (say Hockney’s good friend Warhol.) But what’s always distinctive about Hockney is the way in which the colorful world is revealed through the parts of art that should be distracting. The colors, shapes, and attitudes reveal a nakedness about everyday life, and about the mindset of an artist who’s never been interested in hiding.

“Happy Birthday, Mr. Hockey” will run at the Getty Center through November 26.