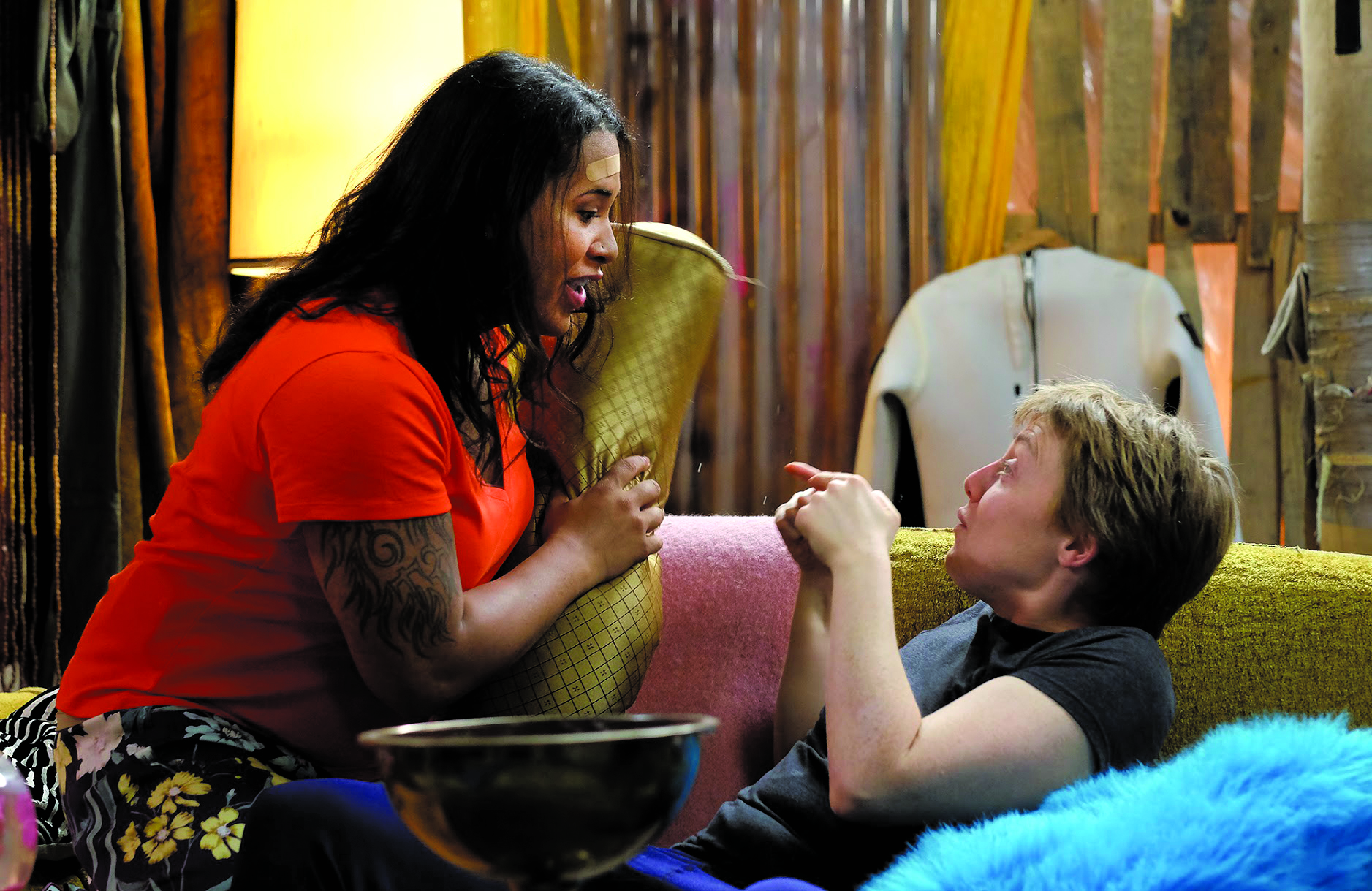 Getting a project made by trans people and for trans people is pretty impossible in America. Luckily, there’s Canada. It’s taken a full seven years and two months for Amy Fox, co-creator and showrunner of “The Switch,” to get her vision to the screen. Back when Fox and her co-creator Elizabeth Marston first conceived of “The Switch” as the first scripted transgender sitcom in history, Caitlyn Jenner was still in the closet, Laverne Cox was unknown, and season one of “Transparent” was years away from airing. “We aired the pilot in 2014,” Fox tells me from her home in Vancouver, where “The Switch” was shot, “which makes it the first scripted show with a transgender lead anywhere. There are a couple of talk shows in other countries that have trans people hosting, but we’re the first thing with an actual script.” Fox knew it wouldn’t be exactly easy to pitch the idea to a network. Getting “The Switch” made involved a kind of suspension of disbelief. Not only was it a project that put trans characters at the forefront – it would cast trans actors to play them: Pretty bold stuff for a show that wanted to go full network. Fox and Marston orchestrated a jam session between members of Vancouver’s queer and gender nonconforming community to workshop ideas for the script. “The Switch,” from the start, was conceived of as a radical show:  A story written about trans people, by trans people. From film school to Kickstarter to (finally) a web series, Fox found a way to get her vision onto the small screen. And what a vision it is. “The Switch” details the daily lives of a group of down-and-out trans folks in Canada as they try to navigate the downswings and pitfalls of being trans in a world that doesn’t really know how to handle that fact. When Su, an American immigrant new to Vancouver, tries to pull off a workplace transition, she promptly gets fired. To avoid sudden homelessness, she has to move back in with a sort-of ex (Chris, played by Fox) who’s also a sort-of contract killer: Hijinks ensue.

For Su, every day is a battle: Having to share a grotesque apartment with a lovable maniac, trying (and failing) to find work, and fighting for her life are just par for the course. And that’s not even touching on pronouns, hormones, and legal struggles. “I think real world problems make for great stories,” says Fox. “And trans people have a lot of real-world problems.” In someone else’s hands, “The Switch” might have been bleak. But Fox wasn’t interested in making a tragedy about trans life. “There’s something great that happens with marginalized communities in media, especially in film and television,” says Fox. “It gives people access. First, you’ll see talk shows with trans people, then you’ll see documentaries. Then depressing dramas, family dramas. And I’m like, ‘fuck it, let’s go straight to genre!’” Fox and Marston aired the web series pilot in 2013. The first season was shot in 2015 and aired in Canada last year. If you’re wondering why you haven’t heard of “The Switch” yet, it’s because it hasn’t made its way to the U.S. yet. At least, not until June 13, when it begins streaming on Amazon Prime. So far, the reception has been positive. “Moreso from people under 50,” jokes Fox. What makes “The Switch” a true standout is the fact that it even gets to be on the radar of people who are over 50. Fox’s radical experiment – to put nonconventional stories in that most conventional of formats, the sitcom – paid off. And it all began as a kind of community project. “There was this event called Gender Euphoria in 2009,” Fox recalls. “Having a celebration of trans people was radical at the time. It was a middle of the day, out in the open, everyone can come kind of thing. It made a difference in the way people felt about community. Community is not a thing that you cling to in order to survive, it’s this wonderful thing to celebrate, that nourishes you. It doesn’t pretend that things are okay or just, it just says that we don’t have to be miserable all the time. That doesn’t actually help accomplish anything. And really candid comedy is one of the better ways of also presenting stories to people. It makes them feel comfortable even when dealing with incredibly heavy topics. The great thing about a comedy is that there’s less to debate. Are people laughing? If they are, good!” Fox and her team are working on a second season as we speak. In addition to “The Switch,” Amy is currently working on a science fiction show called “Synthesis,” which she describes as an “optimistic space-faring adventure” with “cutting edge politics” and a “positive but nuanced view” of the future, which Fox is excited about. “We all need it right now.”

“The Switch” is now available to stream on Amazon Prime.