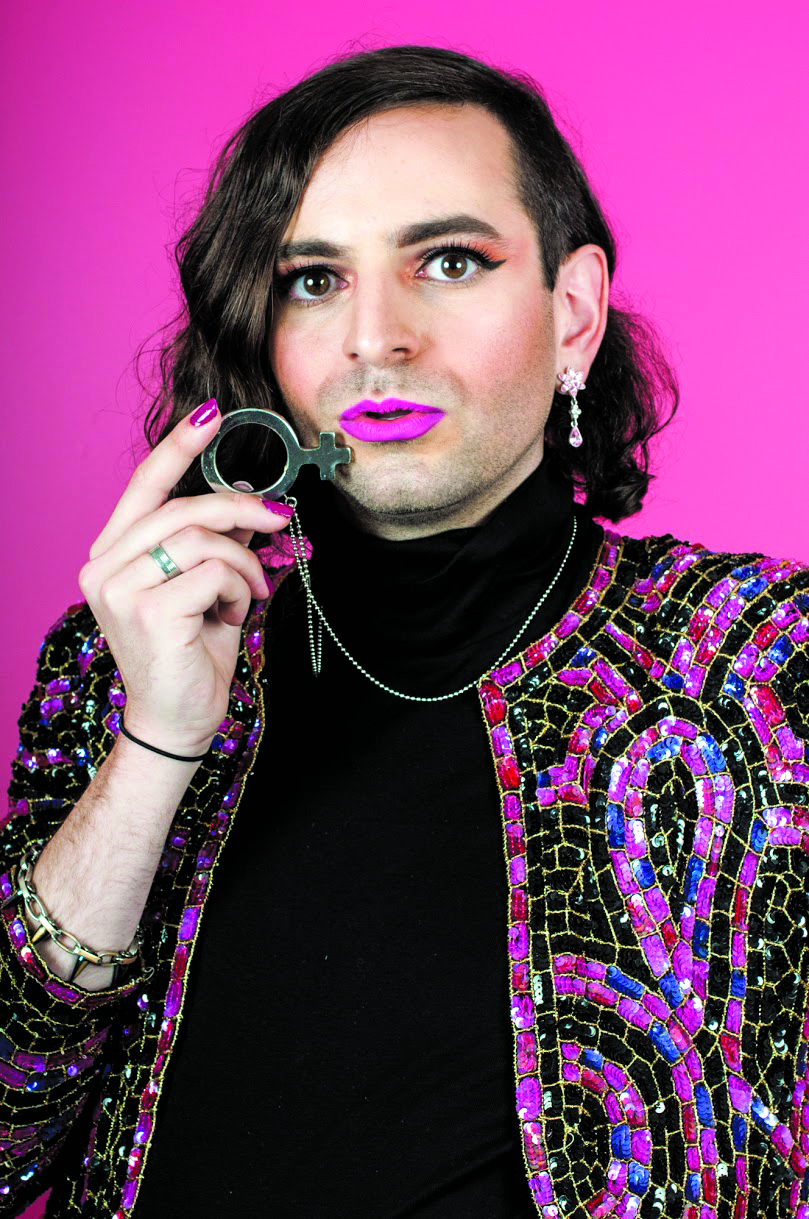 Transgender Visibility Day should be a celebration. But for many in the community, it comes with baggage. Visibility means putting yourself out there. It means being vulnerable. And, often enough, it means getting hurt.

Trans activist and artist Jacob Tobia knows just how complex that can be. So when the team from the Instagram Community Team, in partnership with GLAAD, came to them for ideas about a project for Visibility Day, it felt like a tall order.

“I was trying to think of something that would be a really wonderful and fresh way to love on some of the visible trans people who are holding a lot on behalf of the community by making their lives visible and their identities public.” Says Tobia. “How can we care for them and nurture them while producing something great?”

The concept was simple: Focus on the positive.

Tobia came up with an idea for the launch of #KindComments, a project that’s “essentially the opposite of mean tweets. We got a bunch of really wonderful trans folks, focusing on people in Los Angeles, but also community members on Instagram who are holding a lot of space. We pulled some of our favorite appreciative comments from their fans and had folks read them live on set, and people didn’t know what they were going to be reading, so we got this earnest, genuine reaction to reading beautiful praise about them.”

The final product, a short video that Instagram shared on its platform on March 31st, was stunning.

“You inspired me to come out publicly as trans a few days ago,” read Transparent actress Trace Lysette. “Please keep pushing forward.”

Trans activist Schuyler Bailar, who competes as the first trans male athlete on Harvard’s swim team, read a note from a parent, saying: “My son had his chest surgery five days ago. You’re an inspiration.”

Tobia had kept in touch with Instagram since participating in last year’s #PridePortraits series, also in collaboration with GLAAD. Tobia knew what they wanted the series to be, and what they wanted to avoid. “We got a trans photographer, Amos Mac, to do the portraits. We hired trans makeup artists. We got to support trans people have a say in their own visibility. This wasn’t something that was thought up by cis people and implemented by cis people. It was an authentic collaboration with trans creators”

Instagram has always been an ally to the Queer community, seeking out members of the platform to represent the diversity of its gigantic user base. The move toward pointed activism, however, is something new. In the wake of YouTube’s censorship of, and subsequent apology to its queer community for allowing much of the platform’s specifically queer content to disappear under the “restricted view” mode, Instagram’s collaboration with Tobia and GLAAD is a move in the right direction. It also seems to be in keeping with California’s commitment to making the resistance visible.

Tobia came to LA to do the project, enlisting trans talent from across all industries.

“New York is a media hub,” says Tobia, “but LA is the entertainment capital. It’s really hard for trans folks to break into media narratives, whereas with storytelling it’s much easier. And entertainment vs news, there’s more room baked in to mess with respectability politics. One of the things that gender non-conforming people face often is that our gender is deemed not respectable. It can be hard when you’re trying to create stuff that takes itself seriously to be seen that way.”