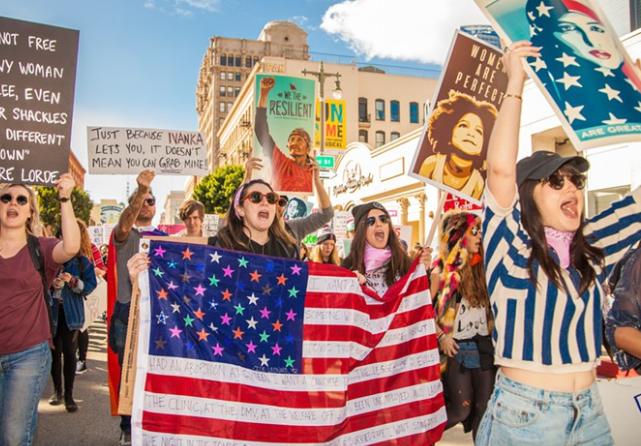 Another day, another travesty. President Trump’s recent tactic of threatening to defund whatever he doesn’t personally approve of has finally (inevitably, even) extended to abortion rights. A bill signed by Trump this Thursday reverses Obama’s decision to make it illegal for states to be denied federal funding on the basis of offering abortions.

Trump supporters, of course, like Marjorie Dannenfelser, the president of the anti-abortion group the Susan B. Anthony List, claim that the bill isn’t an attack on Planned Parenthood, but an effort to redirect funds toward other women’s healthcare concerns. But money, as most of us know, is money–and withholding it from states that honor a woman’s right to choose can only be seen as a kind of misguided moral punishment. From a man without morals, no less.

The city of West Hollywood was quick to stress its disapproval toward Trump’s bill. The city issued a statement on Thursday, reiterating that whatever backward steps Trump’s administration tries to take, West Hollywood will remain committed to its progressive and tolerant views:

“The City of West Hollywood was the first city in the nation to declare itself pro-choice and it has continually supported state and federal legislation protecting and advancing women’s reproductive rights and access to healthcare.” Reads the statement. “West Hollywood will not remain silent as efforts are made to take women back to an era of back-alley abortions — this is completely objectionable and the City of West Hollywood will continue to fight for women to be treated with respect, and for dignified healthcare for all. Anything less is unacceptable.”