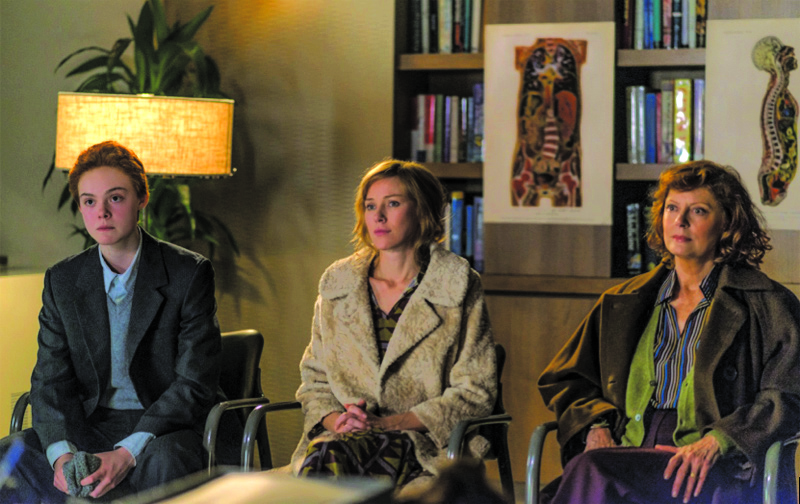 The Weinstein Company will release ‘3 Generations,’ written by Nikole Beckwith and Gaby Dellal, on May 5 in New York and Los Angeles with plans to expand shortly thereafter.

Two-time Academy Award nominee Naomi Watts is an executive producer on the project and stars along with Elle Fanning and Academy Award winner Susan Sarandon.

The movie follows a family living under one roof in New York as they deal with the life-changing transformation of Ray (Fanning).

Writer-director Gaby Dellal said in an official release, “I am thrilled to release our film ‘3 Generations’ with the original title, into the world. Harvey’s enthusiasm and support has allowed us to release this poignant film at a time when we all need to believe in our collective strength. Throughout making this film I have met loving families, fearless transgender youth and women who have fought for gender equality for decades. This film, both heart-warming and heart wrenching, is for them.”

Watts said, “This story loudly and bravely advocates for acceptance, both of others and of oneself. It’s a message we all believe in and are all incredibly proud to share this story with audiences, now more than ever.”

‘3 Generations’ follows Ray (Fanning), a teenager who has struggled with the body assigned to him at birth and is determined to start transitioning. His single mother Maggie (Watts) must track down Ray’s biological father (Tate Donovan) to get his legal consent to allow Ray’s transition. Dolly (Susan Sarandon), Ray’s lesbian grandmother, is having a hard time accepting that she now has a grandson. The film follows their journey as each confronts their own identity and learns to embrace change while ultimately finding acceptance and understanding.