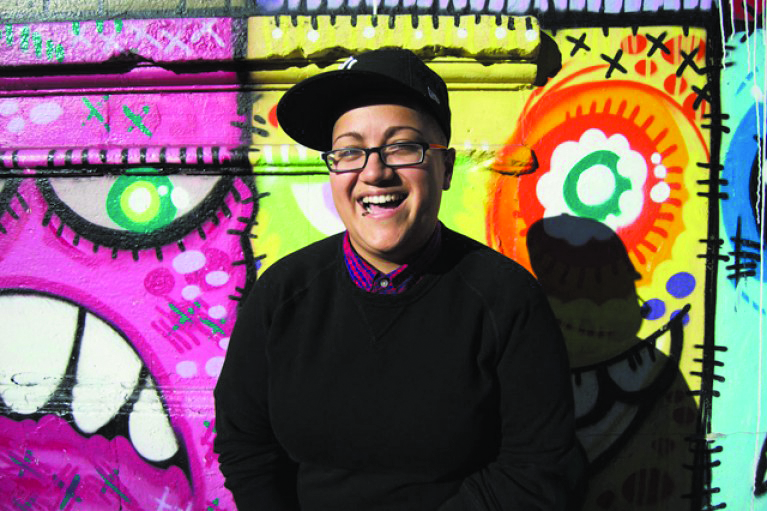 Before a few years ago, the Marvel Universe wasn’t exactly known for its inclusivity. Like most major Comic Book conglomerates, Marvel was used to pumping out retro tales of muscular, ostensibly straight white guys out to save the world.

Give it a few years, a Netflix deal, and a few top-notch writers (Ta-Nehisi Coates among them) and the Marvel world has started to look a lot like the real world: A diverse place full of complicated identities and sexualities.

Gabby Rivera, the creator of Marvel’s newest superhero, knows that better than anyone.

“Gender and sexuality are often set and reset,” she told Fusion. “Like what feels right and good in the present might change in the future for some folks, you know?”

Rivera’s creation, America Chavez, (illustrated by Joe Quinones) is a queer, Latinx superhero pushing the boundaries of normal comic book representation. But not in the way you think.

“America isn’t a “coming out” narrative,” says Rivera. “She’s already out and proud and punching all the things. America is taking on herself in this series. Like she’s wondering if she’s really at the top of her game mentally and physically.”

For America, being at the top of her game means going back and time and punching Hitler, among other things.

Marvel sought out Rivera for the project, based off of her powerful work in Young Adult Fiction. Her novel “Juliet Takes a Breath,” published last January, is the story of a young woman leaving her hometown of the Bronx (also Rivera’s hometown) for Portland. Culture shock, of course, ensues. With the story of America Chavez, Rivera had the chance to tell a different, even bigger story.

“I’ve always dreamt up wild, powerful and carefree superheroes that look like me and my family: thick, brown, goofy, beautiful,” Rivera told the Star Tribune. “And now I get to see them come to life. ‘America’ is going to be all those things, and it’s [going to] be wild.”