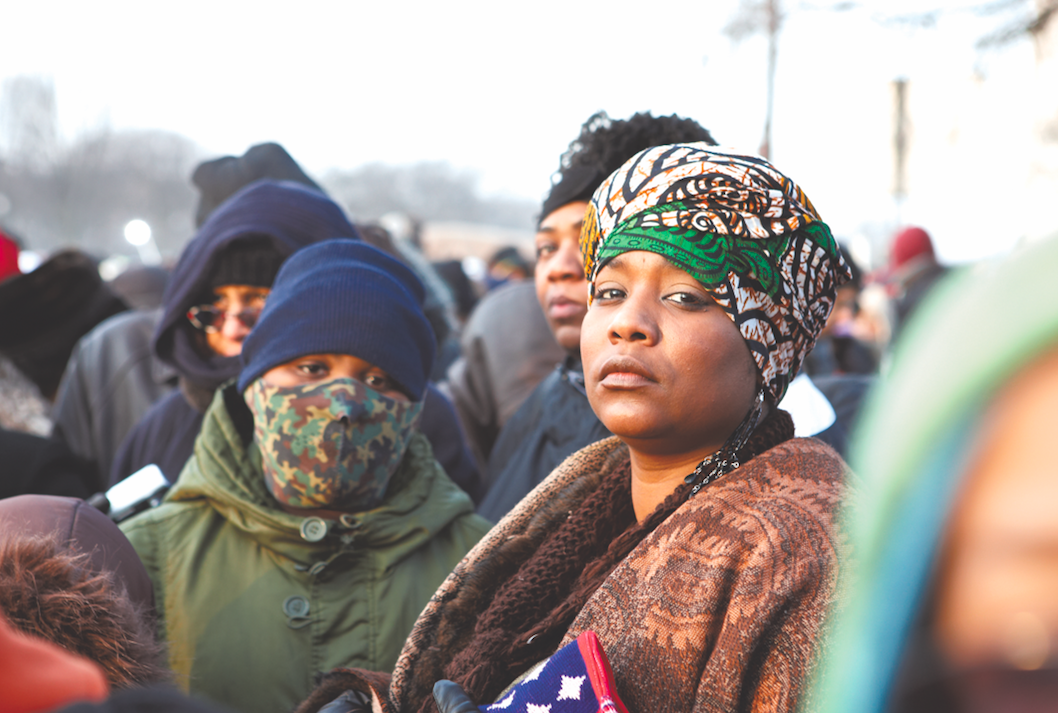 Los Angeles-based artist Catherine Opie has returned to the forefront of MOCA for the first time since last year’s solo show “700 Nimes Road.” Opie’s Inauguration Portfolio, part of MOCA’s permanent collection, is a powerful political work in line with Opie’s long career as a chronicler of queer identity. The photographs, taken at Barack Obama’s Inauguration in 2008, show a scene of hope, joyful chaos, and bleak intensity in the wake of the new promises of our current regime. The series of 33 photographs are both commemoration of the event, and strangely foreboding in the present day.

“Opie’s Inauguration, like William Eggleston’s 1976 Election Eve series, depicts the President and the First Lady only by proxy, as flickering dots on mobile LED video screens.” Wrote Jeff Chang for the Los Angeles Review of Books in 2012. “Instead she places her faith in the crowds. Lines gather patiently. People smile. They sell t-shirts and calendars. They mug and hang from the White House fence.”

Opie’s act of “placing faith” in crowds foreshadows the inability of the current administration to trust the truth of a crowd’s turnout. With Opie’s work, we can look back at a more innocent time in politics, and take what can from it in order to face the present with greatest strength.