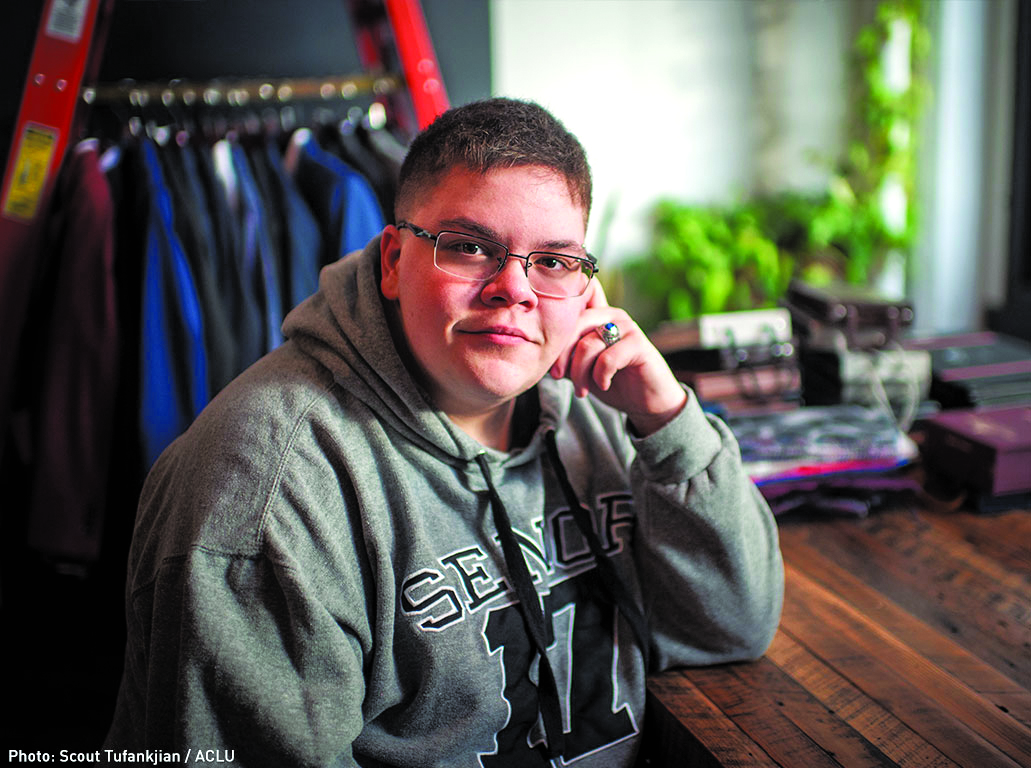 Grimm, 17, is a  transgender student at Gloucester High School in Virginia and was petitioning to be allowed to use the boys’ bathroom at his high school.

“Today we are sadly reminded that justice deferred is justice denied. The announcement by the U.S. Supreme Court to send Gavin Grimm’s case back to the U.S. Court of Appeals for the Fourth Circuit is a direct result of the anti-LGBT actions of the Trump administration. Many of us feared the administration’s February 22 rollback of Title IX guidance for transgender students signaled darker days ahead. Today those fears are realized.

“This administration is dangerously out of step with the progress of our nation and world. Its early days have been marked by a rollout of an ultra-conservative, anti-equality agenda decades in the making—the tragic consequences of which our community feels sharply again today. While there is likely a more direct anti-LGBT executive order still to come, this administration is content in the meantime to chip away at equality by targeting some of the most vulnerable in our community.

“Three out of four transgender youth report feeling unsafe at school. More than 40 percent have been physically abused at school; more than half report skipping school to avoid bullying. Toxic schools contribute to higher rates of suicide, depression, homelessness, and HIV infection for transgender youth. Yet, every day transgender youth, like Gavin Grimm, stand up with a moral integrity and strength that is awe-inspiring. They deserve the dignity of being free from harassment and discrimination. We must do better for them.

“Don’t be fooled because this administration’s actions have been didactically masked by a paranoid flurry of nonsensical executive orders and mean tweets. They insidiously use words like ‘safety,’ ‘privacy,’ and ‘choice’ to justify their actions when, in fact, they are working against the values Americans hold most dearly: freedom, equality, and justice. We must see through the noise and continue to fight for justice.

“We know that the arc of the moral universe is long and that it bends toward justice. It won’t get there without our help. We must remain engaged and vigilant. If you believe in a world where all LGBT people can thrive as healthy, equal, and complete, then you must make sure your voice is heard. Only then will true equality prevail.”