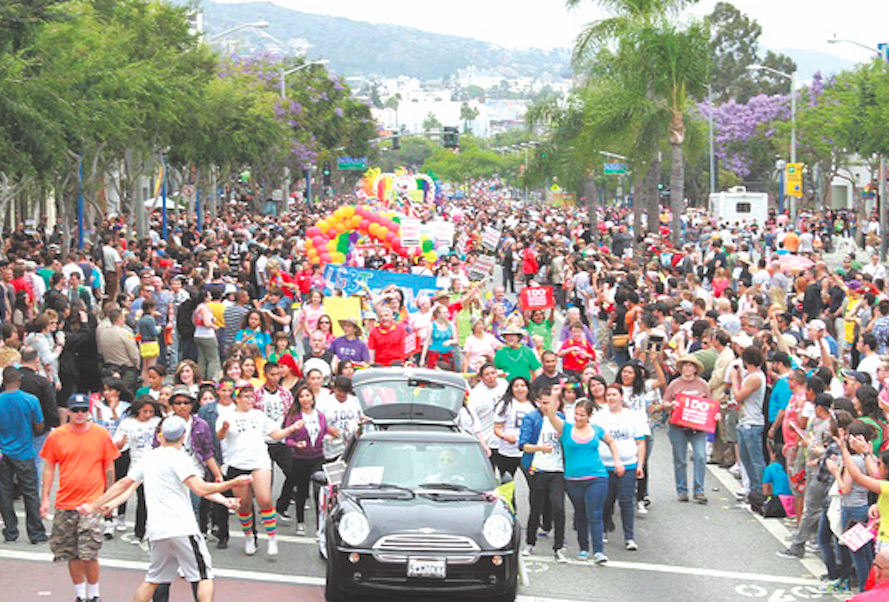 That’s the name, the hashtag and the message that the organizers of this year’s L.A. Pride Parade in Los Angeles have come up with to take the place of the usually colorful and festive annual event.

Brian Pendleton, board member for the non-profit organization Christopher Street West that organizes the parade, said the #ResistMarch will have “people moving through the streets” marching for human rights.

Speaking with the Los Angeles Times, Pendleton said, “We’re getting back to our roots. We will be resisting forces that want to roll back our rights, and politicians who want to make us second-class citizens.”

Despite headlines touting that the parade is an “anti-Trump” march, Pendleton said that was not the case.

“It’s not a red thing or a blue thing,” he said. “It’s about marching for human rights, which are a Republican concept and a Democratic concept. … We’re changing the format this year to let people know we care about human rights, whether you’re a woman, a Dreamer, or an LGBTQ person.”

In addition to the name change, the route has also changed.

The exact details of the route are still being worked out by the cities of Los Angeles and West Hollywood.