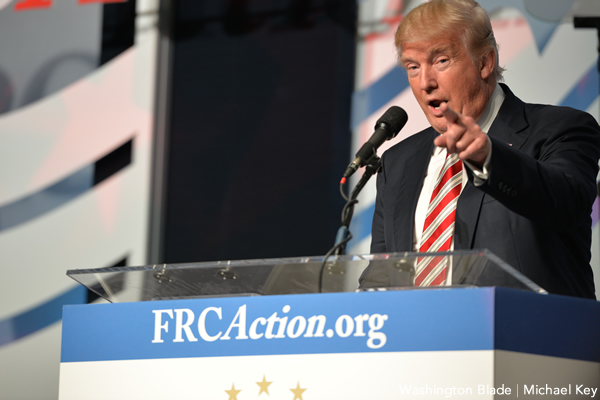 BY CHAD TERHUNE  |  California has a lot to lose if President-elect Donald Trump and the Republican-led Congress fulfill their campaign pledge to repeal Obamacare.

The Golden State fully embraced the Affordable Care Act by expanding Medicaid coverage for the poor and creating its own health insurance exchange for about 1.4 million enrollees. Supporters held California up as proof the health law could work as intended.

But now President Barack Obama’s signature law is in serious jeopardy and California officials are left wondering what Republicans in Washington may put in its place.

“There is no doubt that Obamacare is dead,” said Robert Laszewski, a health care consultant and expert on the California insurance market. “The only question is just exactly how Republicans will get rid of it.”

Health policy experts don’t expect Republicans to immediately kick millions of people off their insurance policies. Instead, they predict lawmakers may repeal parts of the law and allow for some transition period for consumers while a replacement plan is put together.

Still, the personal and financial impact for the state could be jarring. The number of uninsured Californians would more than double to 7.5 million people if the Affordable Care Act was repealed, according to a recent study by the Urban Institute.

AIDS service providers and non-profit organizers would be forced to scramble for new sources of funding.

Researchers also said California stands to lose an estimated $15 billion annually in federal funding for Medicaid expansion and insurance subsidies — more than any other state. That loss of federal money would make it difficult for California to pursue health reform on its own.

State Sen. Ed Hernandez, (D-West Covina), chairman of the Senate Health Committee, said it’s difficult to predict what the next iteration of the Affordable Care Act may look like.

“Will there be federal subsidies? Will the state legislature pay for subsidies to ensure Californians have coverage? Those are open questions,” Hernandez said. “I will do everything I can to make sure California continues to take the lead on this issue.”

California Insurance Commissioner Dave Jones said the state doesn’t have the money to maintain Medi-Cal expansion or insurance subsidies on its own.

“With repeal, there is not some soft landing. There is not any capacity on the part of states to backfill what these cuts will do,” Jones said. “I am very frustrated that the progress that has been made reducing the uninsured by half in this state and the nation will be undone. I am horror struck at all the Americans who will be without health insurance.”

Congress already has voted to eliminate funding for Medicaid expansion and premium tax credits to dismantle two key pillars of the health law. Obama vetoed that legislation earlier this year, but Trump made the repeal of Obamacare a centerpiece of his campaign.

If repeal goes through, state leaders and consumer advocates may look to the ballot box, asking voters to fund expanded health coverage through higher taxes or fees. In Tuesday’s election, Californians backed the extension of a hospital fee to help pay for Medi-Cal, the state’s Medicaid program.

State officials could aim even higher and try for a government-funded single-payer health system at the state level. But that’s expensive, disruptive to the current system and a tough sell to the public. Colorado voters soundly rejected a state single-payer initiative during Tuesday’s election.

Some Republican lawmakers in California would applaud a reversal on Medi-Cal expansion. They have argued that state and federal spending increases on the program are unsustainable.

The state’s Medi-Cal program now covers about a third of all Californians. The health law’s Medicaid expansion has added about 3.5 million Californians to the program since January 2014 and total enrollment stands at more than 13 million.

Molina Healthcare, a Long Beach-based insurer, is a major player in Medicaid managed care nationwide and also covers about 600,000 people through exchanges in California and eight other states. The company’s chief executive, Dr. J. Mario Molina, said he thinks Covered California and other exchanges will become a smaller part of health reform under a Republican plan and coverage expansion will shift more to Medicaid.

Molina said Republicans in Congress could grant governors more flexibility on Medicaid benefits to keep costs down while maintaining guaranteed access to coverage regardless of preexisting conditions, a popular provision of the health law.

“Republicans have the benefit of looking back at the experiment of Obamacare and seeing what worked and what didn’t work,” Molina said in an interview. “I think the Republicans will negotiate a deal where Medicaid gets expanded with more state control and exchanges will play a different role. The most cost effective way to do coverage expansion is through Medicaid.”

Consumer advocates acknowledged the financial challenges posed by repeal but also encouraged Californians to keep signing up for coverage in the meantime.

“Californians should continue to enroll in Covered California this open enrollment season, in Medi-Cal, and all the benefits they are still entitled to–and then fight like hell to keep them,” said Anthony Wright, executive director of Health Access California, a consumer advocacy group.

But some Covered California policyholders expressed concern about what a Trump administration might mean for their coverage.

“I worry it will be gone, and I don’t know what I will do for insurance,” said Jane Henning Childress, 61, who lives in Calaveras County.

Taking into account her federal subsidy, she said she pays about $135 a month for her exchange plan. Earlier this year, she used it to help cover surgery for an ovarian cyst. “It sure helped me out,” she said.

Even before the election, some major health insurers were pulling out of the exchange market nationally and premiums shot up 22 percent, on average, for state and federal exchanges for 2017.

Health insurers in California and nationwide face plenty of uncertainty as well from the election outcome. Some analysts said more insurers may exit state marketplaces rather than wait for them to unravel and risk getting stuck with too many expensive patients.

Four big insurers, led by Anthem Inc. and Blue Shield of California, account for about 90 percent of Covered California’s enrollment.

“The unthinkable has happened,” said Ana Gupte, a senior health care research analyst at Leerink Research. “With a Republican sweep of the White House, Senate and the House, we are looking ahead to a 2017 filled with much change and uncertainty in the health care markets.”