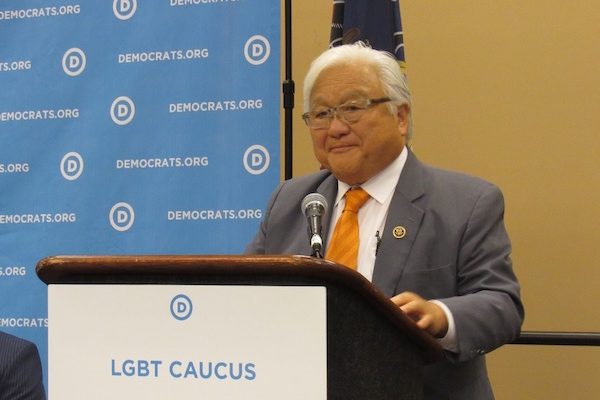 Honda, who represents California’s 17th Congressional District, spoke about his trans granddaughter after he accepted the award.

“I’m still learning terminology, because that’s the age that I’m in,” said Honda.

The California Democrat criticized North Carolina Gov. Pat McCrory over his continued defense of his state’s House Bill 2, which prohibits people from using bathrooms in public buildings that correspond to their gender identity and bans municipalities from enacting LGBT-inclusive nondiscrimination measures. Honda also spoke about last month’s massacre at the Pulse nightclub in Orlando, Fla., that left 49 people dead and more than 50 others injured.

“When I see things like Pulse, the mowing down of people who are enjoying themselves in a nightclub, I think of Melissa,” he said, referring to his granddaughter. “I don’t want that to happen to her and I don’t want that to be in her future. I want that sense of security, safety for her as she moves through her life.”