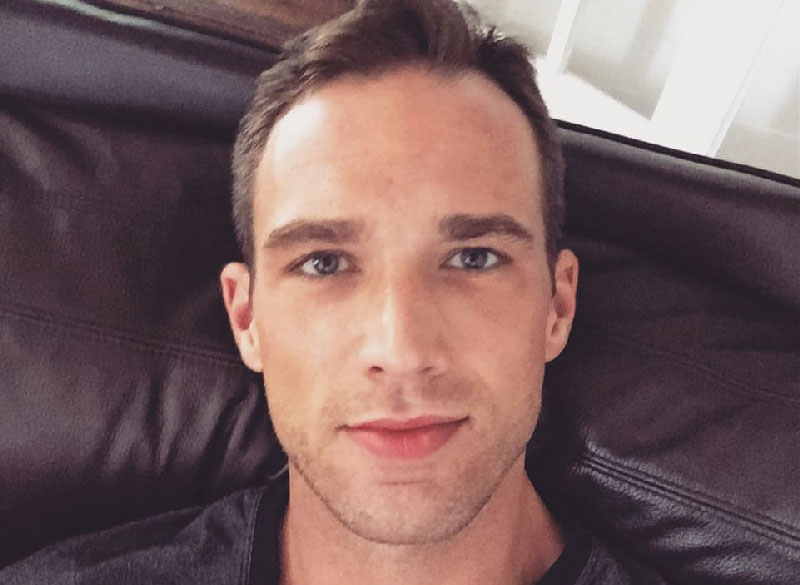 BY ROBERT WILLIAMS  |  Shortly after one of the most difficult events of my life, I had a most beautiful man next to me in my bed.

We had recently met through mutual friends, connected immediately, and stumbled home together after a flirtatious evening out.

We innocently kissed and wrestled around for awhile and then he rolled on top of me, playfully pinning my hands above my head. He gazed at me with his giant blue sparkling eyes anticipating the next level of knowing one another.

Honesty was required to proceed and as I considered it I had to look away and our moment was lost.  I felt the truth would kill the moment and stain it red with blood.  Knowing my positive HIV status and assuming with certainty how he would respond, I took control of the situation and turned over and went to sleep.

I had only recently been diagnosed with HIV.

I will never forget taking my doctors phone call while standing on NYC’s 6th Avenue. I immediately knew the consequence of the call and anxiously and solemnly began to walk to his office.

The barricades protecting the Veteran’s Day Parade marching down Broadway forced me to stop and wait for what I had decided was too long given what lay ahead.

Feeling like I had no other choice, I jumped the barricade.  As I trespassed across the parade path, a WWII veteran sitting on an approaching float looked me straight in the eye and we both felt total disappointment.

It felt like I was wearing a scarlet letter on my chest and the veteran knew I had gotten myself knocked up with HIV.  In fact, it felt like each person I passed on the street knew my condition and when I eventually arrived at the doctor’s office the staff certainly knew I had HIV.

I could see it in their eyes and it was already affecting how everyone was treating me.  I was being moved from the negative normal column to positive and I could feel it.

I went from being a young man living his life to a casualty being left behind.

During this dark period of my life, I couldn’t go from normal to positive.  I didn’t have the courage to be honest with someone I had met via the “normal” channels of life, like friends and family, because my status was a deviation from the person I wanted to be.

My fear of how others viewed me prevented an honest connection.

My secret began to define how I felt around others and prevented me from experiencing true enjoyment.  I would meet someone new and while having a wonderful time I would remember my secret.

Instantly, I felt separate and thought the fun would end if I was honest.  It was much easier to be honest online protected by the firewalls of a sexualized screen name because I had judged HIV to fit into that brand of a person.

My fear of rejection, more accurately described as my biased fear of not being able to control how others viewed me, caused me to lose myself and my ability to connect with other people.

I created my own desperate reality where people lived up to my expectations.  Little by little my world became smaller and smaller.

To be able to finally love and accept myself, I had to exist in this desperate and lonely world until my resistance to life was completely drained.

I had always used my perceptions of what other people valued and wanted, and whether or not I was living up to them, to determine my worth. In this lonely world there were no others I cared to measure.

After searching externally without result, I realized I had to look within.

Initially I only saw the suffocating and limiting problems like aging, health issues, and a lack of accomplishment and money.  Then I realized I am actually ok with all of these problems once I adjust my evaluation metric.

I stopped comparing myself to others and stopped valuing myself by external standards.   Once I accepted these problems I wasn’t clouded by stigma and was able to look forward.

I reevaluated all that had become important to me in adulthood and reconnected with myself as a child.  I began to regain the hope, creativity, and adventure I once had; I remembered the flushed disappointment I felt after making a simple mistake;  I felt, most importantly, the love and forgiveness offered by those I cared most about.

I began to consciously accept love the way a child naturally accepts it.  I try my best and accept myself for being perfectly imperfect and love others with the same allowances.  I have always loved other people, but by loving myself, I am able to feel it reciprocated.

Feeling love made me want to hear about love and talk about love.

I no longer turned away when someone expresses something pure and joyous.  Instead I identify with it.

I have learned I am a loving spiritual being who is infinitely connected to everything.

I am able give and receive love, respect, and honesty without fear of loss or rejection.

My old fear of rejection had made me feel rejected, and by accepting the abundance of love,