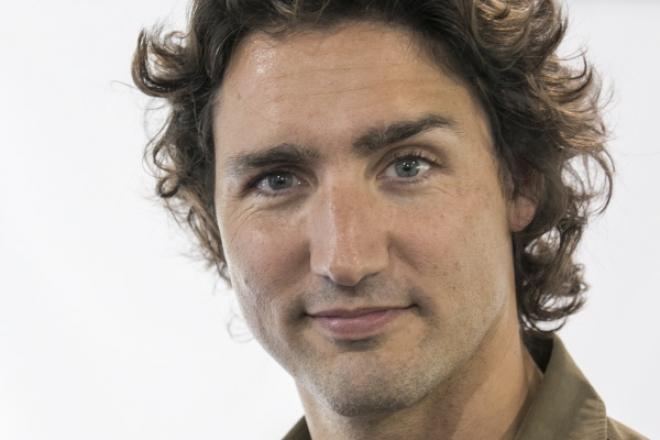 Folks are cooing about Canada’s new prime minister Justin Trudeau because he appears to be so…well…glamorous.

He comes by it all quite honestly. He is the son of former prime minister Pierre Trudeau who, among other things, dated Barbra Streisand.

In 1994 I went to see Diana Rigg in Medea at Broadway’s Longacre Theatre in 1994 and sitting behind me were Streisand and Trudeau. I had done a cover story in Vanity Fair on Barbra so I was a bit acquainted with her. Indeed, Barbra had told me in that interview, “I did Medea when I was fifteen in acting class in New York, and I still think it is my best work. I’ll always remember one of her lines:’I have this hole in the middle of myself.’ “ So, remembering that, I engaged them in conversation.

I could tell Barbra was being quite patient with me being brazen enough to comfortably engage them.

And then from the mezzanine right above us I heard my name called out and it was Larry Kramer. Do you remember that, Larry, if you’re reading this? He yelled down for Barbra to look up at him. This was when he was trying to get her to do The Normal Heart, I think. I pointed up at Larry. Pierre grinned. Barbra rolled her eyes. She never made the film.

Justin’s mother was a bit of a party girl at one time and I met her once as well when we were both hanging out with Andy Warhol during our Studio 54 days. Here she is with Andy at Studio and here Justin’s father is with Streisand.