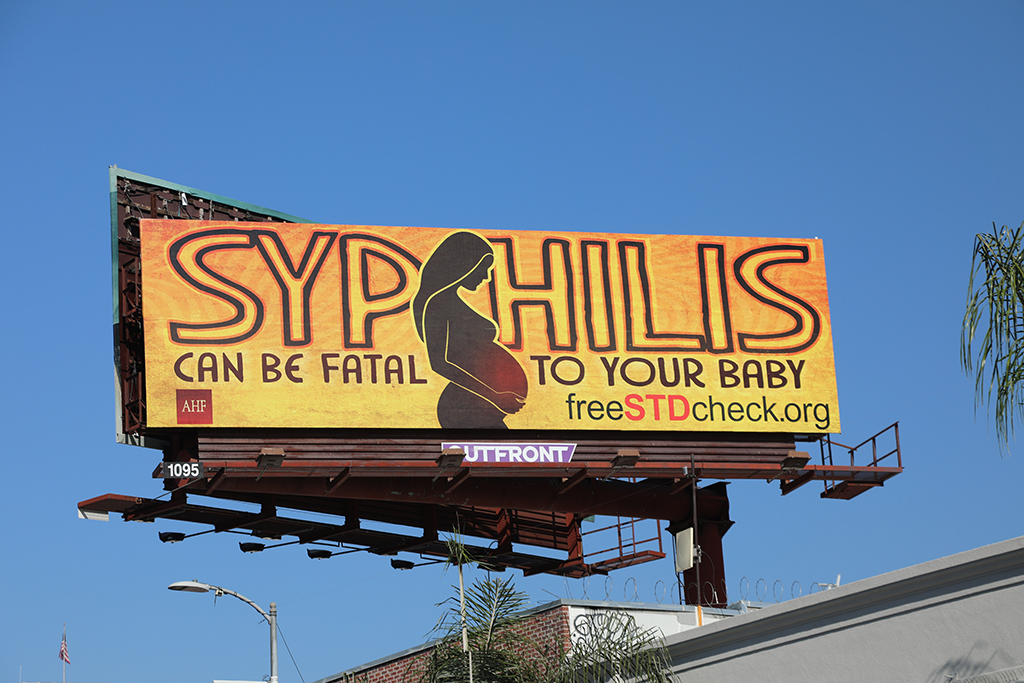 February 4, Senator Scott Wiener (D-San Francisco) introduced legislation to address the increase in syphilis infections across the state. SB 932 will authorize HIV counselors to perform rapid syphilis tests (RST). The inexpensive test is simple to administer and produces results in about 10 minutes.

Los Angeles has the highest incidence of syphilis in the nation in 2017 and continues to rise, according to the Center for Disease Control (CDC). Syphilis may be transmitted through sexual contact or from mother to child. Syphilis is divided into four stages, with different symptoms associated with each stage, according to the CDC. A person with primary syphilis generally has at least one sore at the original site of infection. Syphilis is treated with antibiotics.

According to the CDC, new STI infections are increasing in all parts of California, and with the highest rates occurring among young people ages 15-24, people of color, and gay and bisexual men, and other men who have sex with men.

Previously, HIV counselors were authorized to perform rapid HIV tests, but not rapid syphilis tests. In addition, SB 932 will require HIV counselors to undergo an HIV counseling training course that has been certified by the Office of AIDS. In a study published in the Journal of Sexually Transmitted Diseases in 2019, researchers found that RSTs identified all early cases of syphilis. The CDC recommends you get tested regularly if you have a partner with syphilis, are a man who has sex with men or a pregnant.

“This legislation will help California address its STI epidemic by ensuring that people of color, LGBTQ+ individuals, youth, women, and other communities experiencing high rates of infections can access HIV, HCV, and STI testing from a singular, properly-trained test counselor in a safe and trusted setting,” said Joe Hollendoner, CEO of San Francisco AIDS Foundation.

If you would like to be tested, here are some clinics offering testing at multiple locations:

Sam Catanzaro contributed to this report