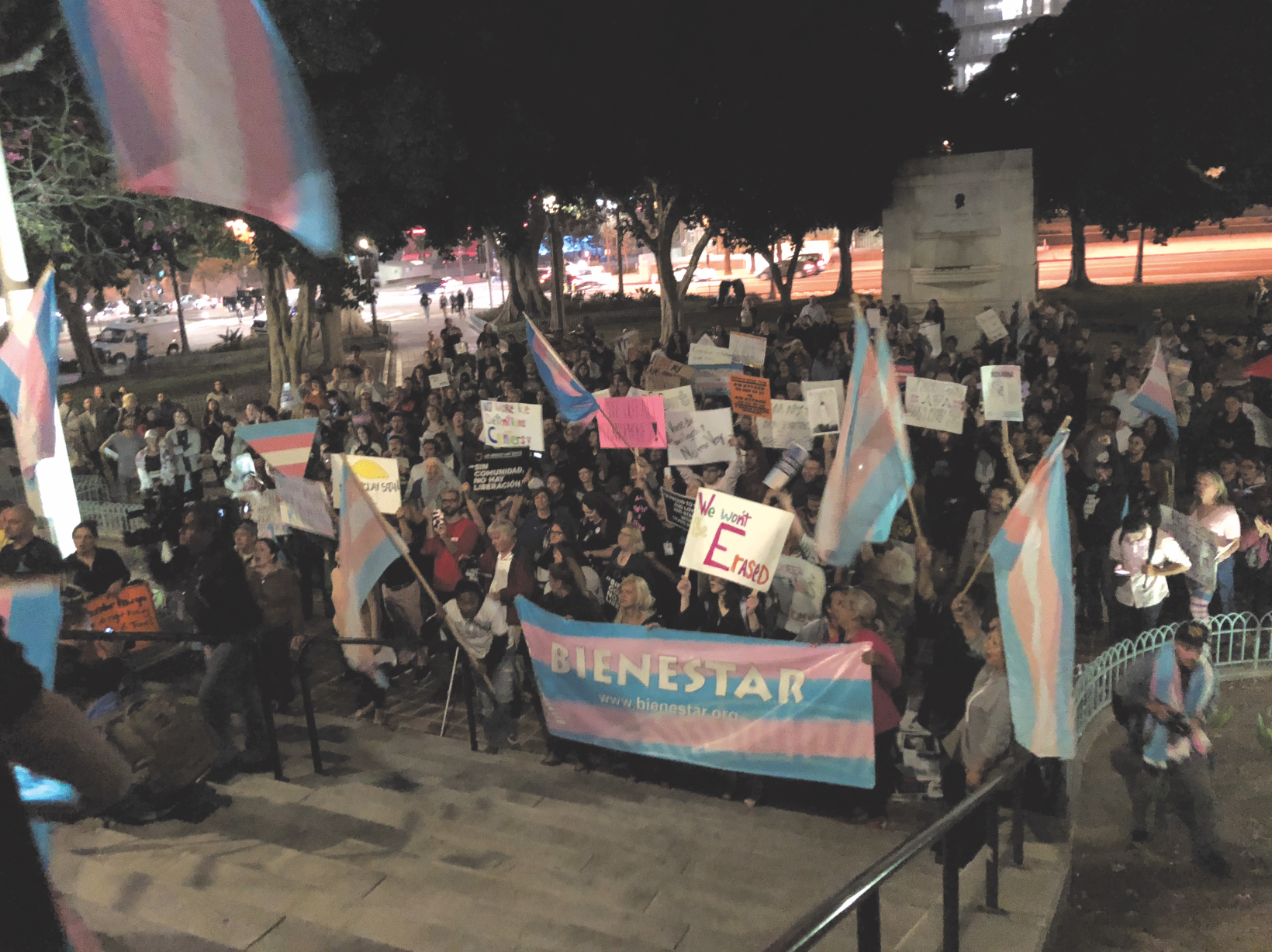 Registration for this four-session series that teaches how to engage in Policy Reform and fighting for Civil Rights closes April 1, 2019.

The trans and gender-nonconforming community can now take an educated approach to activism and policy reform, thanks to Christopher Street West and the Trans Wellness Center.

Last week, CSW, the non-profit that produces the annual LA Pride festival and parade, partnered with the TWC to create PLATform: Policy, Leadership, and Advocacy Training Program to support and educate the transgender and non-binary community on how to engage in activism and policy reform.

“LA Pride has built a rich history as an active voice for the LGBTQ+ community and is dedicated to empowering the next generation,” said Alexandra Magallon, CSW Board Member. “I’m continuously inspired by activists like Silvia Rivera and Marsha P. Johnson and we must prepare a new wave of advocates to use the government as a tool to fight for equality.”

Advocates would then learn how to develop political tools to aid in the creation of policy and legal protections, as well as how to advocate in media and arm themselves with helpful hints when lobbying or attending meetings with elected officials, according to a press release. Individuals in the program must attend a minimum of four meetings of up to eight hours.

The program culminates in trained advocates presenting the top values and rights they intend to champion for their community as part of a graduation ceremony at the LA Pride Trans Brunch, scheduled for Saturday, June 1. Advocates will be further recognized at events throughout Pride month, including the parade and festival. Graduating advocates will be offered an opportunity to join the Resistance Squad at the Los Angeles LGBT Center. As part of the Resistance Squad, advocates can further develop proposed policies to impact change and given the tools and opportunities to lobby state, local and federal officials to implement those policies.

To apply to join PLATform, interested Advocates can email Alexandra Magallon at alexandram@lapride.org by Monday, April 1, 2019.