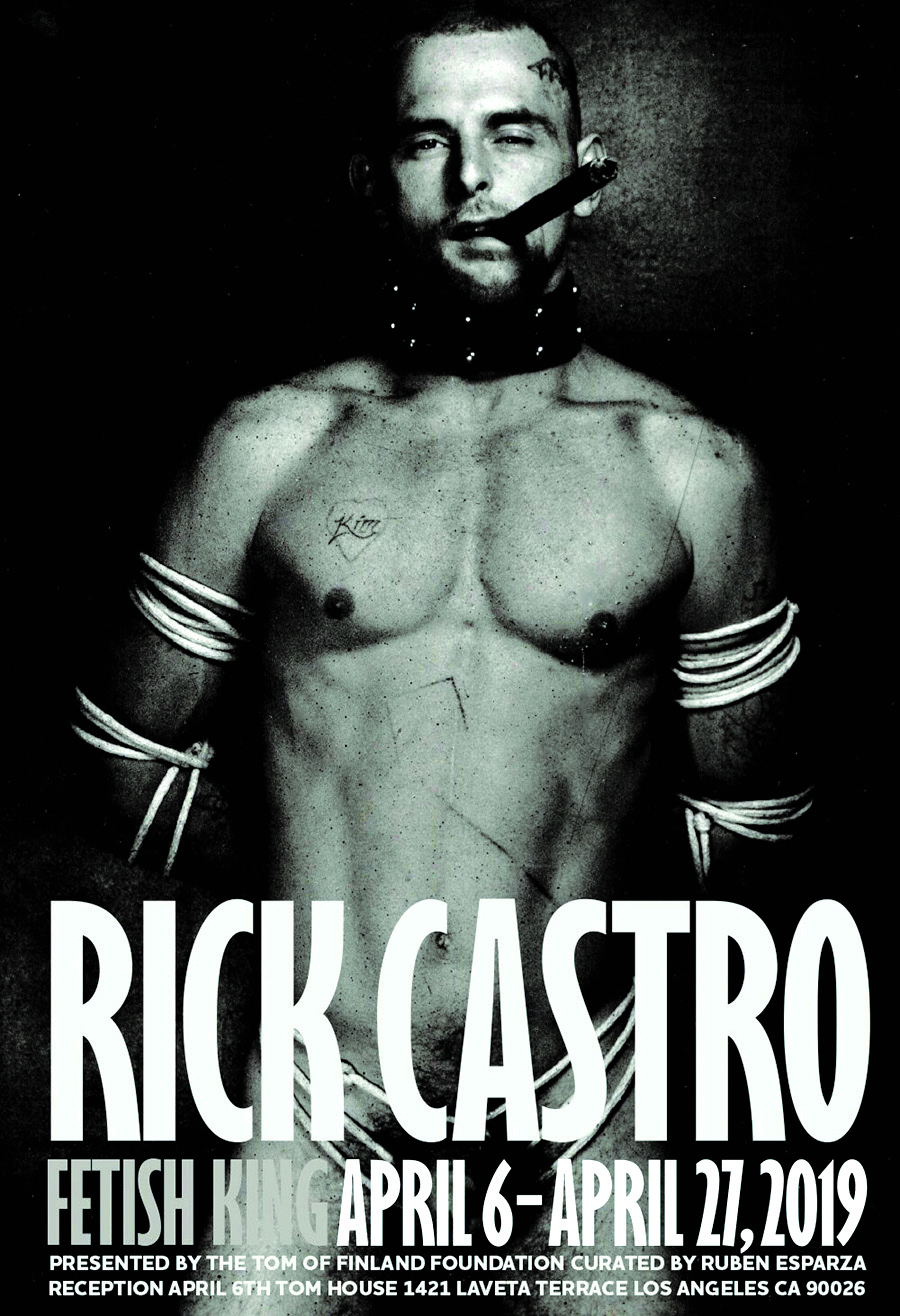 A great ‘80s fetish artist gets his dues.

If you’re like me, you spend a lot of time pondering the question, “who has truly picked up the Mapplethorpe gauntlet in the past thirty years?”

It might sound silly and reductive, but finding someone to actually continue the brilliant queer artist’s legacy is quite important. It’s not just about queer artists pushing the envelope, allowing their bodies to delight, disturb, and confuse audiences, or pissing off the government through art – though, to be clear, those are all very important things. It’s about finding ways to document the way we live our lives sexually without leaning on shock value, kitsch, or the eyes of exploitative straight photographers.

Enter Rick Castro, someone who has been working tirelessly since the 1980s. A year before Robert Mapplethorpe met his tragic end, Castro began freelancing for LGBT outlets like the dearly departed Frontiers and The Advocate. He showed his work all over Los Angeles, documenting the city’s kinky queer community without embarrassment or preciousness. Today, his L.A.-centric work is being celebrated in a nearly month-long exhibition at the Tom of Finland Foundation. The exhibit, curated by Queer Biennial founder and artist Rubén Esparza, showcases some of the artist’s most distinctive pieces, such as 1992’s “Caught Smoking,” showing a muscular man strategically bound, a gigantic cigar between his lips. What’s stunning about Castro’s work isn’t just the composition or the beauty of the textures on display in each photograph. It’s how the sense of place and time shines through despite any real context. We might not be know who we’re looking at in the images of men bound, gagged, and otherwise obscured, but we see their power. The powerlessness of each model is a choice, and the sense of community, intimacy, and playfulness shines through despite what many might consider a distinctly serious attitude toward fetish culture in the work.

Castro’s work feels lived-in because it is. In his early career, he pounded the streets of Los Angeles looking for the people, parties, and scenes that would make up his art.

“When I started to pursue my own photography…I was not going to waste my time with people who had agenda or fears, so I went straight to the streets.” He told AnotherMan this year. “I was living in West Hollywood off Santa Monica Boulevard, where all the male street hustlers used to hang out in the mid-’90s. That became my model of choice,”

Before identity politics became all the rage in the art world, Castro chose to view his community through a cinematic lens. His images of pain, torture, and bondage are viewed through a tender lens. His eye is a loving one, and his subjects aren’t viewed in the cold, experimental way you might expect.

“I view the world with a cinematic outlook.” Castro told The Advocate in a 2011 interview. “I understand fetish and believe I’m the person to bring it to the forefront of culture. We are living in the fetish era — the 21st century is all about fetish in imagery, ideas, art, and fashion…I’m drawn to subversion. I like lust and obsession. I like to delve into the nooks and crannies of things.”

For more lust and obsession, check out Fetish King: Seminal Photographs 1986 – 2019 at the Tom of Finland Foundation, now through April 27.