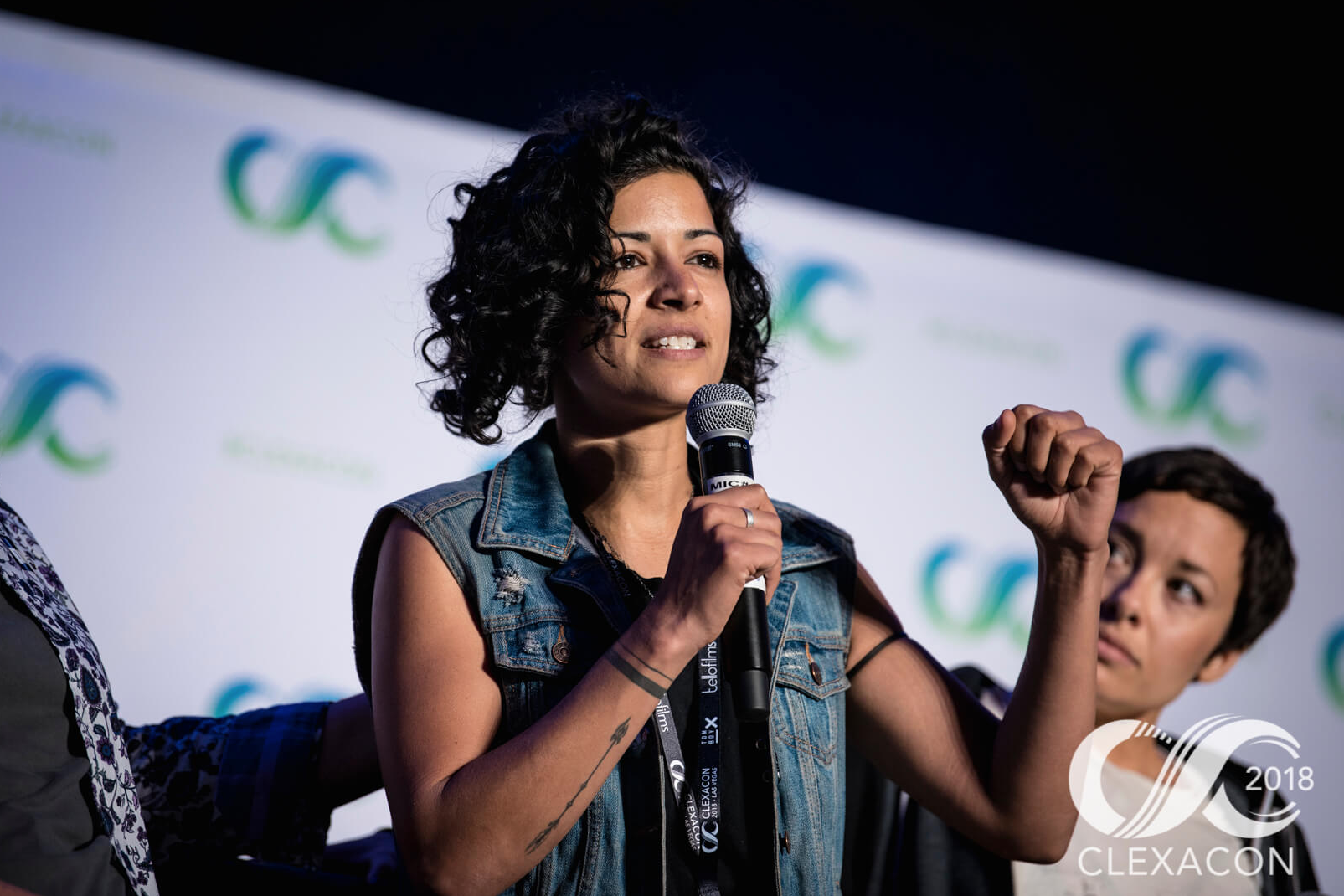 What started as a simple meet-up to unite fans of LGBTQ+ pop culture three years ago, has now evolved into a full-blown convention.

The Pride L.A. spoke with Danielle Jablonski, one of the founders and producers of ClexaCon, about what to expect. Check it out:

In one sentence, what is Clexacon?

ClexaCon is a media and entertainment convention for LGBTQ women, trans and non-binary people.

Why specifically prompted you to create Clexacon three years ago?

The 2016-2017 TV season was a particularly bad one for LGBTQ women’s representation with a very high percentage of all female-identified LGBTQ characters being killed on their respective shows. We were impacted by the death of fan-favorite Lexa from the show The 100 and the subsequent outpouring of frustration from LGBTQ women that our stories were not being represented well on our screens. We wanted to create an event to celebrate the stories we love and bring together fans and creators from around the world and to create a space in real life for some of the conversations that were happening on social media.

What will be different this year compared to the previous two years?

This year we’re adding an extra day of activities on Thursday April 11 focused specifically on helping creators and academics.

The Creators Lab will allow creators to learn from some amazing industry professionals and organizations like SAG-AFTRA as well as networking with film festival coordinators and many others. It will consist of a full day of panels, workshops and networking events.

The Academic Lab will have teaching and research sessions for anyone in or interested in academia to discuss integrating queer fandom and research into classrooms.

What workshops in particular are you most excited about? What will they teach?

There will be over 100 different panels and workshops at ClexaCon this year. You can see the full list online and check out these few:

Who should go to Clexacon? What will they learn/experience?

ClexaCon really is for everyone who is interested in LGBTQ women’s representation across online and print media. We have spaces carved out for industry professionals, content creators, academics and fans. Our programming is super diverse so there’s something for everyone!