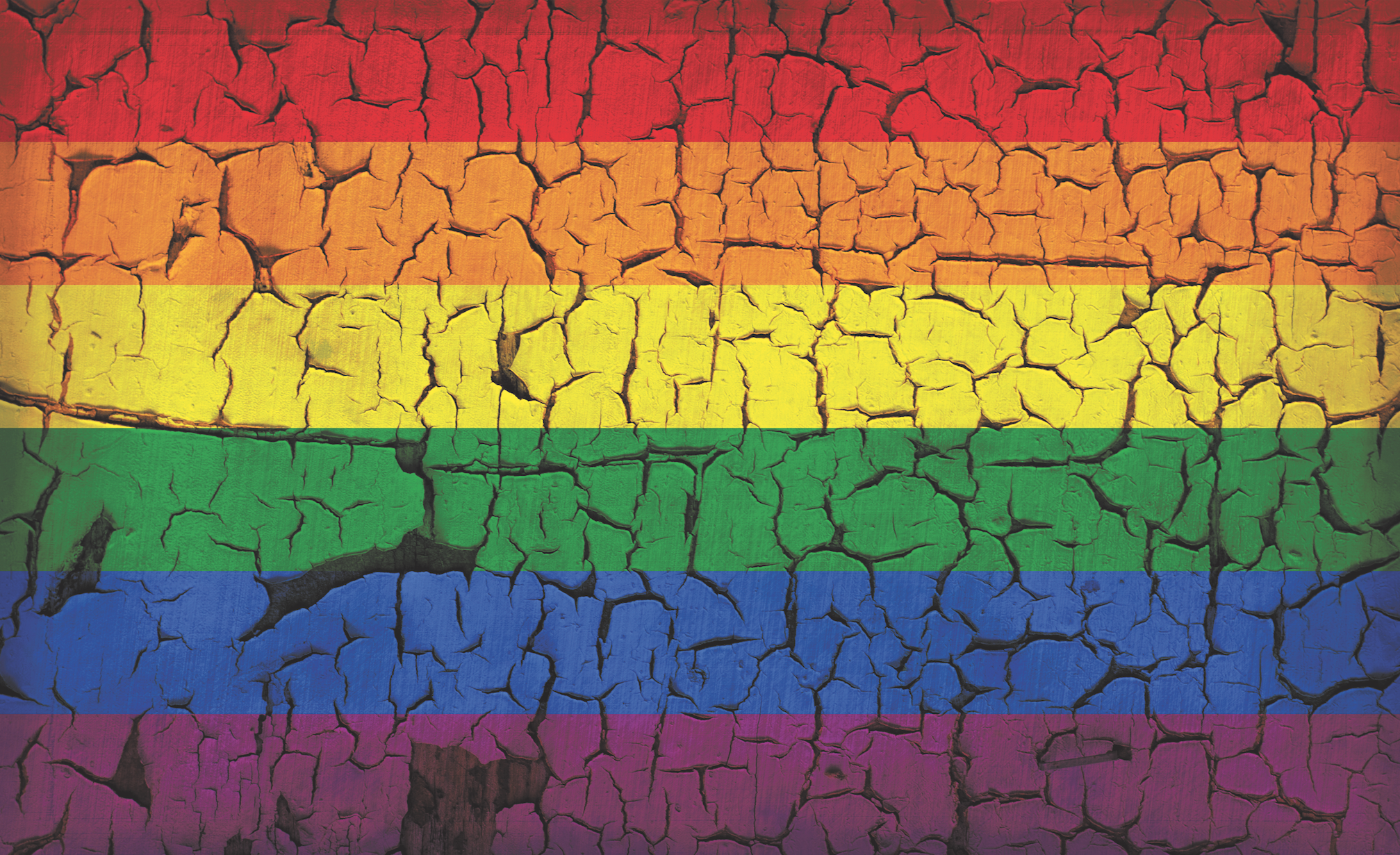 The General Municipal Elections for the City of West Hollywood are on March 5. The Pride L.A. reached out to all 11 City Council Candidates to see why they deserve the LGBTQ+ vote this season. After all, WeHo notorious for its queer community. See the responses of those who chose to participate. (Note; the statements have not been edited after being submitted by each candidate. Each candidate was reached out to via email and had two weeks to submit a statement and photo if interested.)

For eight years on the city council and  for 20+ years before that I have advocated for LGBT rights understanding that our history will earn us a place in the future. We have marched and demanded and negotiated and litigated and loved our way into the 21st century. And I have been honored to be a part of all of that. And will continue to be until my last breath.

I came out at a very early age for the times. It was the late eighties and I was 16 years old, Act Up was in full swing as well as the AIDS epidemic. Acceptance seemed out of reach, let alone marriage. The movement that started at Stonewall was finally going mainstream, unfortunately for all the wrong reasons. There were no role models for the young LGBTQ community to look up to. I knew then I would spend my life fighting for the rights of all my LGBTQ brothers and sisters and have continued to do so. Now it’s time to be a role model to the generations that follow. It is also time to stop and call out the predatory behavior of elected officials and men in power in our community. Time to put someone in office who isn’t afraid to look out for, and protect those who are most vulnerable in our community and who will ask the hard questions!

Jack Cline is a Registered Nurse and Nurse Practitioner with over 30 years of Experience. He has worked on an HIV/AIDS Unit during the Crisis that affected the LGBTQ Community. He rode in the AIDS Lifecycle from San Francisco to Los Angeles. He has volunteered at various LGBTQ organizations that support our Community, such as Project Angel Food and Triangle Square Gay Senior Housing. Cline can also be found working his Drag Persona as Jackie OMG (Oh My Goodness) as a Goodwill Ambassador at various events in West Hollywood. Advocacy for the LGBTQ Community will be one of Cline’s Top Priorities as a West Hollywood City Council Member. Cline is also a supporter of Single Payer Health Care and has lobbied in Sacramento and Washington DC with the California Nurses Association. Many in the LGBTQ Community are either uninsured or underinsured.

I made West Hollywood my home because it’s a place that celebrates diversity – we protect and fight for equal rights for all. I’m running to build upon WeHo’s legacy as a progressive city that prioritizes the needs of our community members.

As Councilmember, I have consistently voted to advance the health, safety, and rights of our LGBTQ+ community. As Mayor, I created an LGBTQ Youth Resource Guide for all 88 cities throughout LA County. I initiated a transition guidelines policy to create a trans-supportive City Hall working environment; the California Attorney General’s office later adopted this policy.

Previously, I served as a Board member for the Victory Fund Campaign Board, Services & Advocacy for GLBT Elders (SAGE), and the NOH8 Campaign. I also served as Communications VP for Stonewall Democratic Club, which awarded me the 2019 Morris Kight Presidential Award for outstanding leadership and support of the LGBTQ community.

Whether it was high school bullies or bigoted business owners, I’ve faced the same discrimination so many of us deal with daily for as long as I can remember. I decided early in my life that I would never be powerless to fight for my rights and the rights of the LGBTQ+ community, which is why I made the decision to attend law school. When I moved to Los Angeles, I was elected co-president of the Los Angeles LGBT Bar Association, where I helped lead the fight against Prop 8. In 2009, I’ve continued to fight for LGBTQ+ people through my work with Human Rights Campaign and now as a member of West Hollywood’s Lesbian & Gay Advisory Board. I’m honored to be endorsed by LGBTQ+ legend Ivy Bottini, Congresswoman Katie Hill, chair of the LGBT Equality caucus, as well as Equality California and the Stonewall Democratic Club.

West Hollywood has lost its way. Once the vanguard in the fight for equality, over the last few years our leaders have been less interested in continuing the struggle for social justice and more focused on turning West Hollywood into a watered down, LGBTQIA version of Beverly Hills that caters only to the wealthy and well-connected members of our community.

That is not the future I want for West Hollywood, and that is why I am running for City Council.

If elected I will work hard to make West Hollywood welcoming and accessible for all members of our community, regardless of race, class, or sexual orientation. And I will call out hypocrisy wherever I see it, especially in city government, for we can no longer afford to have leaders who get to follow a different set of rules.

Hi there, I’m Eric. I’m 53 years old. I have been a Resident of West Hollywood for 20 years. I love this town and plan to grow old here.

One of my top priorities will be protecting the rights of the LGBTQ community. I see the Gay Youth and Seniors being most vulnerable. I will work very hard to advocate for programs which assist both groups while preserving the Gay Community in West Hollywood as a whole.

I came out at the age of 14. I told my Mom and she said “I know, what do you want for lunch?”. She marched with me in my first Gay Pride Parade when I was 15. I never felt so proud and empowered in my life.

Some of my other volunteer commitments have been working in the Kitchen of Project Angel Food. Organizing bingo and other social events at the Triangle Square Gay Senior Center. Taking Residents of TS to Dr. Appointments, grocery stores, etc…

Daily, I visit the homeless in West Hollywood and surrounding areas, many of whom are LGBTQ and Transgendered. I try to get them what they need such as food, clothes, solar batteries to charge phones and electric blankets. I work very hard to get them to the places they need for help.

I am so concerned that the Gay Youth drug crisis in West Hollywood is not being addressed more aggressively. I will change that. I don’t want to lose one more member of our Community to drugs.

I am also very concerned that West Hollywood doesn’t have enough low-cost housing for the Gay Seniors. I will advocate heavily to build more even if it means voting “no” for other construction.

After High School, I joined the Army. I served Honorably and openly Gay in the Reserves for six years. I Attended Henry Ford College and University of Michigan studying Sociology and Exercise Science. I retired at the age of 45 to devote my time to Volunteer work and have been doing so ever since.

I’m running for WeHo City Council to. bring a new generation of progressive LGBTQ+ leadership to City Hall. At 17 I was the first openly gay president of my high school’s student council; at 18 I started writing articles on LGBTQ+ issues for The Advocate, Out and other publications. At 19 I was appointed to the board of OUTFEST, the youngest board member in the organization’s 37-year history. At 20 I was an official LGBTQ+ surrogate for the Obama re-election campaign. Since 2015 I have served as a member of the West Hollywood Lesbian & Gay Advisory Board, and served as Co-Chair from 2017 to 2018. I was an official LGBTQ+ surrogate for Hillary Clinton in 2016, and a founding co-organizer of the L.A. Pride Resist March in 2017. Perhaps more than any other candidate, I have a strong track record on LGBTQ+ advocacy, and that strong advocacy will continue if I am elected!

My name is tom DEMILLE.ive been a resident for 30! Years,over the years  I’ve witnessed an erosion of the very values our city was created for.our renters.when elected I will move that all buildings going up,must include affordable housing.not just one or two units,but many.as I walk thru our city,it’s a mess.broken sidewalks,trash everywhere,homeless camping out in our neighborhoods.I will work with other council people to get the job done.YOU WILL NOTICE THE DIFFERENCE.

IM asking our sheriff office to consider WALKING THE BEAT.

Also increasing security ambassador program.also to walk our streets to make all of our residents feel safe.this being my 5th time running ,i BELEIVE I know every inch of our city.would like to move we triple our social service budget as we are all getting older,(thank god) and we will need to program items to help us all get older in the city we so love.