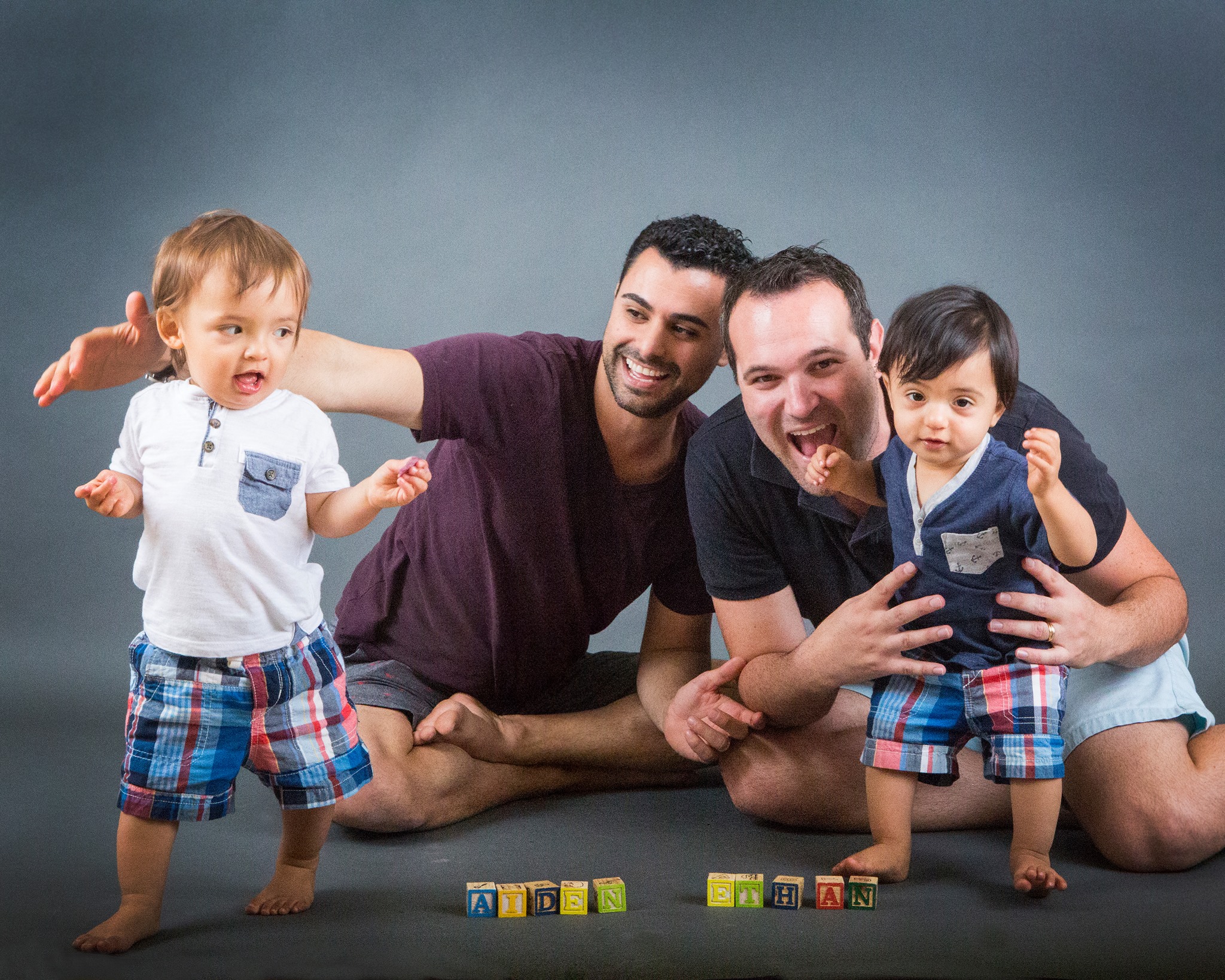 A federal judge in California ruled Thursday, Feb. 21 that a son of a gay married couple in Brentwood has been an American citizen since birth, despite only his twin brother receiving citizenship at birth in 2016.

Each boy was conceived with donor eggs and sperm samples from the two different fathers — one an American, the other an Israeli citizen — but born by the same surrogate mother minutes apart. The government had only granted citizenship to Aiden Dvash-Banks, who DNA tests showed was the biological son of Andrew, a U.S. citizen. Ethan was conceived from the sperm of Elad, an Israeli citizen.

The State Department was wrong to deny citizenship to Ethan because U.S. law does not require a child to show a biological relationship with their parents if their parents were married at the time of their birth, District Judge John F. Walter found.

“This is justice!” Andrew and Elad said in a statement provided by Immigration Equality. “We are hopeful that no other family will ever have to go through this again. It’s like a giant rock has been removed from our hearts.”

Last year, human rights group Immigration Equality filed a lawsuit against the U.S. Government on behalf of toddler Ethan. Before Ethan could speak, crawl, or register what the words “family” and “country” meant, the case of his American citizenship was being contested by a government that granted it without a thought to his twin brother Aiden, but not to Ethan himself. The lawsuit, brought about by Ethan’s parents, was a practical measure and a statement.

“This family was shocked and appalled and angry when they were told their family wasn’t legal,” Aaron Morris, executive director of Immigration Equality, said. “They wanted their twin boys to be treated exactly the same.”

The lawsuit was filed in order to reunite a family, give two twin brothers equal rights and create a more inclusive idea of what family means in America in 2018. Elad and Andrew’s story spans across years, countries and continents.

The two met in Israel, forming a relationship that would lead to their marriage in 2010. The couple wanted to settle in the United States, but the Defense of Marriage Act stood in their way. Instead of compromising, they moved to Canada to begin a life together. In 2016, their twin sons were born through surrogacy. Elad served as Ethan’s biological father, Andrew was Aiden’s.

But the family wanted to move back to Andrew’s hometown of Los Angeles to be closer to his family. Seeking American citizenship for the children, Elad and Aiden visited the American Consulate in Toronto, where they were asked for DNA tests to prove their parentage. As a result, only one twin was allowed citizenship. Ethan, by virtue of being Elad’s biological son, was not. Elad’s Israeli citizenship meant that his son could only live in the U.S. on a tourist visa at the age of 16 months.

“Being a father is everything for me,” says Elad, who despaired of ever being able to have children as a young gay man growing up in a society with limited media representation of queer families. “How am I going to explain this to him when he grows up? ‘You’re different from your brother?’”