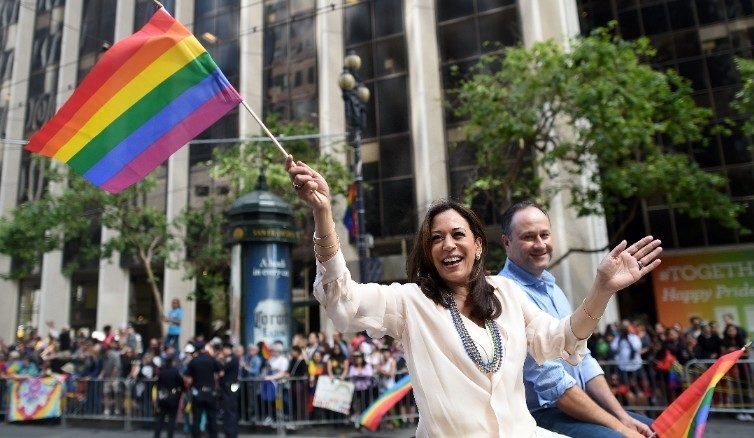 A condensed look at who’s running, who’s likely to run and how their foregoing LGBTQ+ advocacy ranks.

With the 2019 State of the Union Address fresh on our minds, many look to see just who’s announcing their bid for the 2020 primary elections. Among these candidates: former Housing Secretary Julian Castro, Hawaiian Congresswoman Tulsi Gabbard and California Senator Kamala Harris -put her first in the list/story sine she’s most local]. So far, a total of eight candidates have confirmed that  they are definitely running, while another five are all but certain. Other candidates likely to run in this upcoming election include politicians such as Vermont Senator Bernie Sanders and former Vice President Joseph R. Biden Jr.

In terms of pro-LGBTQ+ candidates, West Hollywood Mayor John Duran said that he believes that the Democratic Party holds an “embarrassment of riches.” The lineup of 2020 Democratic candidates is beaming with politicians holding their own respective track-records of supporting LGBTQ+ people, according to Duran. He’s right — most, if not all, Democratic candidates running in the upcoming election have a history of supporting the community either through policymaking or activism.

“When I first got involved [in politics] in the 1970s, there were not many politicians who were supportive of LGBT rights,” Duran said. “They were the exception rather than the rule. Today it’s pretty much a bottom line for a lot of Democratic politicians — that they must be supportive of equality issues and that includes LGBT rights.”

From formerly supporting same-sex marriage bans, to long-time allies, here’s the low-down on four candidates you might see on the 2020 Primary ballot.

Aside from being a major proponent for middle-class tax cuts, Harris has championed a liberal civil-rights agenda as a Senator from California. This agenda, of course, includes a track-record of supporting the LGBTQ+ community through pro-LGBTQ+ policy making. From actively opposing California’s same sex marriage ban (Proposition 8), to co-sponsoring a bill in the California Legislature eliminating the “gay panic” defense in court cases, to co-sponsoring the Equality Act, which provides consistent legal protections for LGBTQ+ people, according to The New York Times.

Duran, who helped Harris during her campaign for California attorney general by hosting a fundraiser for her, said that he believes in Harris’ capability to deliver as president. Furthermore, he praises her consistency with LGBTQ+ activism and policy making.

Although Sanders has not confirmed that he is running for president, the Vermont senator is “likely to run”  according to The New York Times. The Democratic Socialist, whose signature issues include making “Medicare for All” and “free college tuition” a reality, has a record of supporting LGBTQ+ rights. However, it is a muddled one.

Bernie Pro: In the wake of 1993s “Don’t Ask Don’t Tell” policy, which aimed to silence LGBTQ+ members of the military, Sanders ardently opposed the Bill Clinton-era policy. Bernie Con: In 2006, when Sanders was asked by a reporter regarding same-sex being legalized in Vermont, he said, “Not right now,” according to Time Magazine.

Although Sanders has been an LGBTQ+ rights ally for quite some time — his track-record, although far from perfect, has, at the very least, been on the more consistent side. However, perfection is not necessarily what Democratic voters should be searching for in this upcoming election, according to Duran.

“I think Donald Trump has already caused a great deal of damage with his federal judicial appointments,” Duran said. “The reality is Ruth Bader Ginsburg isn’t getting any younger, she’s the eldest member of the Supreme Court. At some point, she’s going to retire or die in office like Anthony Scalia did. I want to make sure that whoever’s sitting in the oval office to do the next Supreme Court appointment is an ally to the LGBTQ community.”

Gabbard’s political profile is one held upon a foundation of bipartisanship and an interesting resume of hobbies which many might deem unorthodox when compared to the nation’s history of past Democratic presidential candidates. She’s a practicing Hindu, a lifelong surfer, an Iraq War veteran and her signature issue is opposition to American military intervention, according to The New York Times. In 2016, Gabbard gained profuse media attention when she decided to leave her position as vice-chair of the Democratic National Committee to publicly support Sanders in the 2016 race. The move made her seem like a devoted progressive. Her stance against corporate PAC money only strengthened that image. Yet, her anti-gay past caught up with her almost immediately after announcing her decision to run for president.

According to a report by CNN, in the early 2000s Gabbard worked for her father’s anti-gay organization, one which worked ardently against same-sex marriage in Hawaii and supported conversion therapy. This news spread like wildfire on social media which, in turn, led Gabbard to post a YouTube video both apologizing for- and explaining her anti-LGBTQ+ past. However, as a member of congress, Gabbard has voted in favor of LGBTQ+ rights and has received positive recognition by the Human Rights Campaign, according to The New York Times.

Former mayor of San Antonio, TX, Julian Castro is apart of the National Association of Latino Elected and Appointed Officials, alongside Duran who serves as National Chairman. It has been NALEO’s goal for years to help Latinx politicians achieve their goals of being elevated to the highest office in the United States. In 2020, the organization’s sights are set on Castro. With 27.8 million Latinx people currently eligible to vote, Castro may prove to be a force to be reckoned with. A force with a remarkable past in advocating for LGBTQ+ rights.

Castro, an Ivy-League educated politician, was – in many ways – a crucial advocate for LGBTQ+ rights in the very conservative state of Texas. For example, he was branded as a “lethal tentacle of Obama” by Republicans during his time as housing secretary for the Obama Administration — as a result of his devotion to promoting LGBTQ+ rights.

For example, in 2013, Castro signed a San Antonio city ordinance prohibiting discrimination on the basis of sexual orientation and gender identity in all aspects. Although Castro received significant backlash from the overwhelming amount of conservative people, and organizations, in the state — he stood by the LGBTQ+ community first and foremost.

If he wins the nomination, Castro, a self-proclaimed Chicano man, may be going up against Trump — a man who has deemed Mexicans as rapists and drug-traffickers and once said, “When Mexico sends its people, they’re not sending their best.”