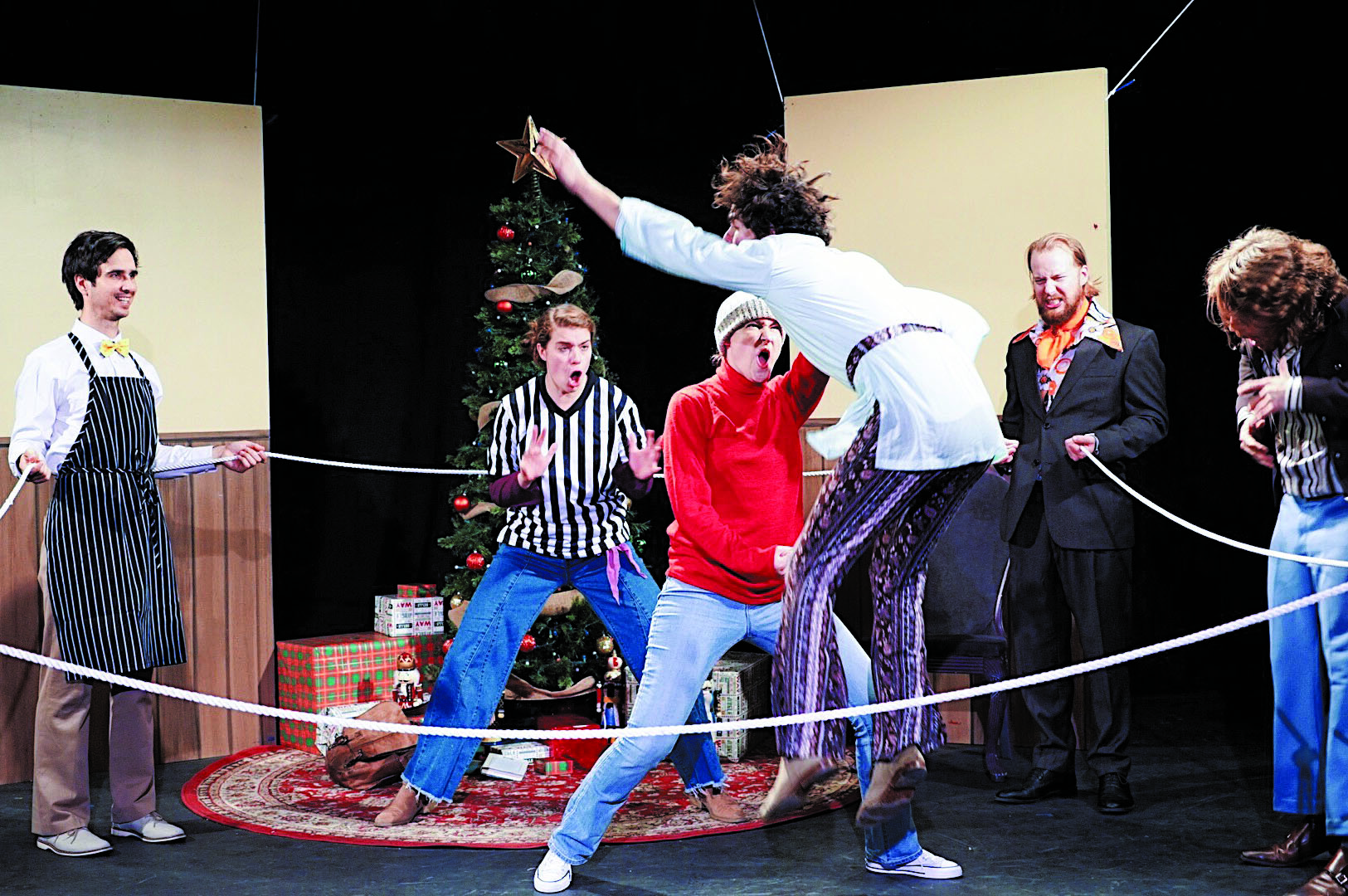 Four Clowns’ “Welcome to Illyria” is the Shakespeare remake we didn’t know we needed for the holidays.

Performing now through December 16, the clowning cast of 9 recreates William Shakespeare’s “Twelfth Night” in a fresh and fun twist.

“‘Twelfth Night’ has always been my favorite Shakespearian comedy,” play director and new artistic director for Four Clowns Joe DeSoto said. “Unfortunately, I didn’t know as many talented physical comedians back then as I do now.”

The play uses physical comedy to maintain a fast pace with sharp-wit humor. From simple intentional fumbling of props, to the grace and movement of all the characters across the stage for musical numbers, the talent sand skill of these trained clown actors is evident. Any audience member is in for a wild ride. The play premise follows separated twins as they search for each other on the island of Illyria. Through a series of probably avoidable circumstances (were we not dealing with the Bard and, well, a clowning troupe), a cross-dressing sister with the best of intentions causes a wave of unrequited love, identity confusion and serenading that would put any ol’ lute player to shame.

The queer undertones of the play are subtle, yet charming. A series of love stories revolving around a young woman disguised as a man, “Welcome to Illyria” is lightheaded in LGBTQ representation, yet by the end of the play one character is almost delighted to have a “boyfriend.” Social progress nonetheless.

“‘Welcome to Illyria’ is light-hearted, fun, outrageous, engaging, exciting….” DeSoto said. “As simple as it may sound, I really just want our audience to have a blast and to leave the theatre feeling energized.”

Though consisting of a cast of professional clowns, the play covers a wide range of emotion: love, loss, longing and betrayal. The audience leaves feeling satiated. From Shakespeare’s classic text, Four Clowns created this cohesive production that results in a hilarious holiday romp with song, dance and a wrestling match for the hand of the main love interest. This play proves that Four Clowns is relatable and relevant, no matter what project they decide to tackle.

Four Clowns’ “Welcome to Illyria” is running now through December 16, with performances on Saturdays and Sundays at 2 p.m. and 8 p.m. at the Shakespeare Center of Los Angeles. The play is two hours long, with a 10-minute intermission. Rated PG-13. For more information and tickets, CLICK HERE.