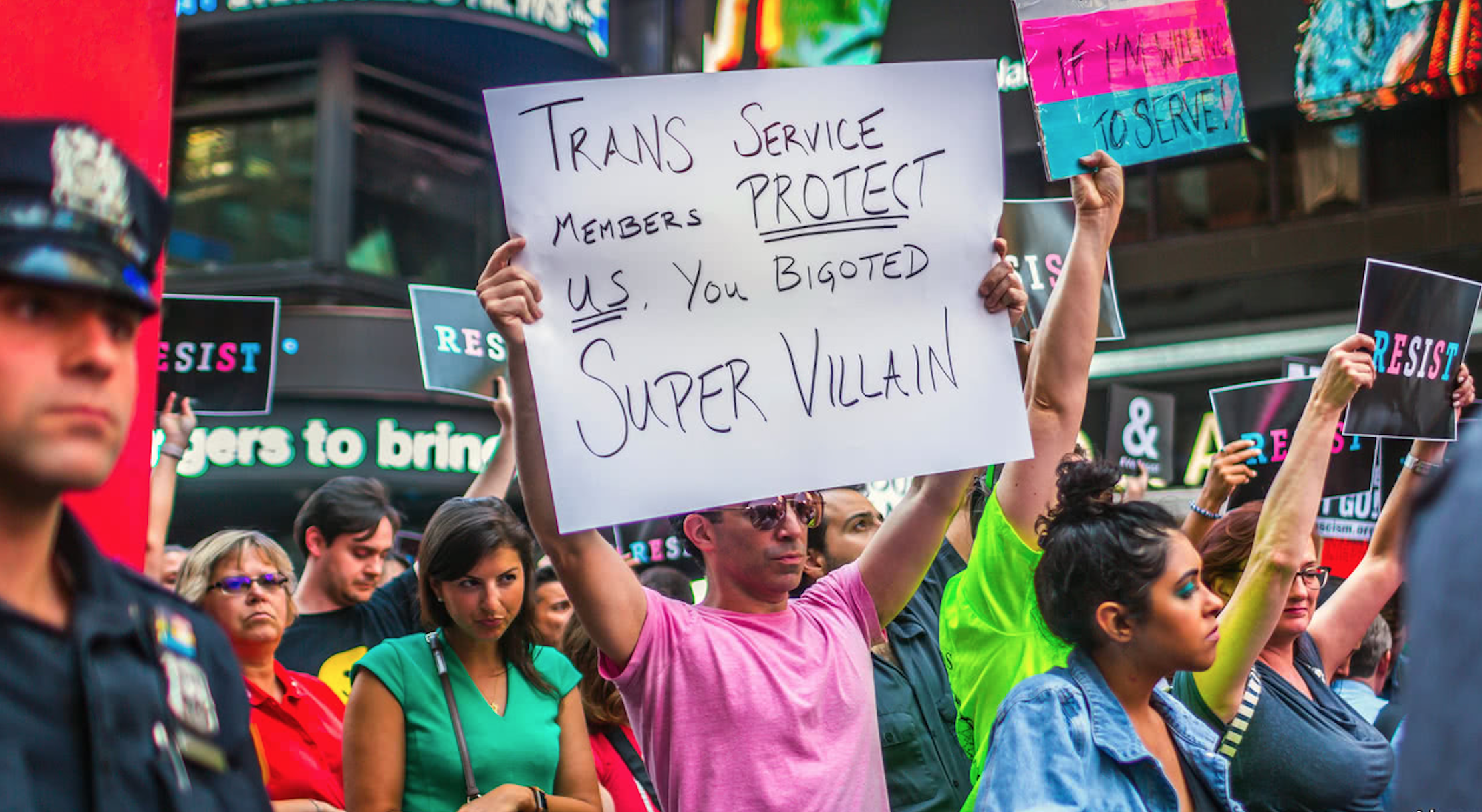 Just in time for the Holidays.

Presumably unhappy with the results of the recent election, President Donald Trump is trying to advance his agenda in any way he can. On November 24, news broke that the Trump administration is trying to get the Supreme Court to make a quick and dirty ruling on the matter of transgender individuals in the military.

While the White House has been trying to get this issue ruled on for the past year and a half, it’s been slow going. Not only has there been considerable backlash against the ban, led by (but by no means limited to) liberals, Trump’s latest attempt to erase transgender individuals out of existence by way of a new memo defining sex – and gender as solely –  biological demarcations referring to genitalia has caused an uproar in recent months.

According to NPR, the new and improved ban, submitted in February of this year, would expel from the military service people “who require or have undergone gender transition,” while “individuals without a history of gender dysphoria would be required to serve under their biological sex.” This would effectively cause active members who are not yet out to be discharged or continue service while remaining in the closet.

In order for the ban to skip over the lower courts and receive the fast-track treatment from the Supreme Court, it has to, by law, be of “imperative public importance.” The fact that this definition is as vague as can be doesn’t help much. However, most lawmakers will probably be able to see that Trump’s efforts to turn the trans ban into a matter of urgent concern is a thinly-disguised attempt to get it past the jurisdiction of the now-majority liberal House, if not the majority-conservative Senate. Still, as the year has progressed, it’s been feeling more and more like anti-trans laws are becoming, along with anti-immigration, the Trump administration’s core issue. While the administration insists that transgender service people send health costs through the roof, the evidence isn’t there.

“This is simply one more attempt by a reckless Trump administration to push through a discriminatory policy,” Jennifer Levi, the Transgender Rights Project Director at GLAAD, said in a statement. “The policy flies in the face of military research and dozens of top military experts.”

“It seems the Trump administration can’t wait to discriminate,” Peter Renn, Legal Counsel of Lambda Legal, also said in a statement. “There is no valid reason to jump the line now and seek U.S. Supreme Court review before the appellate courts have even ruled on the preliminary issues before them.”

Trump’s anti-DACA initiative is also on the list for fast-track treatment.