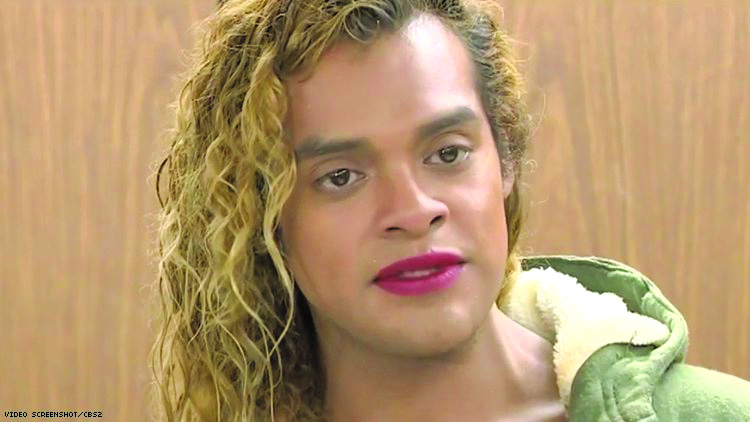 Five years ago, Vivian Diego was walking to the Metro along Ivar Avenue. in Hollywood at around 2:30 a.m. when her life was changed forever.

The 22-year-old trans woman was met by a group of four young men, who engaged her in a verbal altercation and proceeded to brutally beat her. Diego was left for dead before being taken to Cedars-Sinai. There, she was treated for multiple serious injuries, including, according to the Advocate, “two fractured ribs, a shattered cheekbone, a broken jaw and damage to the temple.”

Though Vivian was not yet out to her family as a trans woman in 2013, she had been dressed up for a night out when her attackers saw her. CCTV footage showed the men verbally harassing Diego before getting physical. “I was being kicked on and punched on,” Diego told The Advocate. “And then, I wake up in the hospital.”Diego spent a week in the hospital recovering.

Even though trans visibility and the continuing issue of violence against trans woman wasn’t nearly as high on the radar in 2013 as it is today, Vivian’s story didn’t take long to spread across the country. Eva Longoria tweeted her support for Vivian after hearing about the attack. Later, famous attorney Gloria Allred took on Vivan Diego’s case.

Today, more than five years after the attack, police are still trying to apprehend the suspects in the case. Of the four men present, Nicol Shakhnazaryan is the only attacker who has been brought to court. This week, he was let off with probation, a court decision that has continued to stun and anger members of the L.A. queer community. Shakhnazaryan accepted a plea deal that allowed him to walk away without any jail time and a community service mandate of 30 days, which he has already served.

In Diego’s statement to the court, she outlined her violent abuse by her attackers, as well as her mistreatment by the opposition in court. “I suffer great anxiety not only from being brutally victimized, but also for being called an ‘it and a freak’ by Mark Geragos at one of the court hearings.” She wrote. “I have a permanent plate in my jaw area. I feel that the men that attacked me got off way too easy and that justice was not properly served…The nurse in ICU told me that whoever did this to me was trying to kill me. This feels like a very light punishment for men who had intended to kill me.”

Diego stressed that she still suffers from anxiety each day. Leaving the house has become a fearful activity. While the opposition tried to argue that Diego herself was the instigator and attacker, Gloria Allred dismissed these claims by pointing to the surveillance footage.

“I am afraid to ever go back to Hollywood again and it used to be one of my favorite places where I worked for five years.” Diego wrote. “Even though I suffer so much from what happened to me, I am still very thankful that I am here to tell my story. I want to let people know that being transgender does not mean that our lives are disposable. At the end of the day we are still human and we love and bleed the same way as others.”