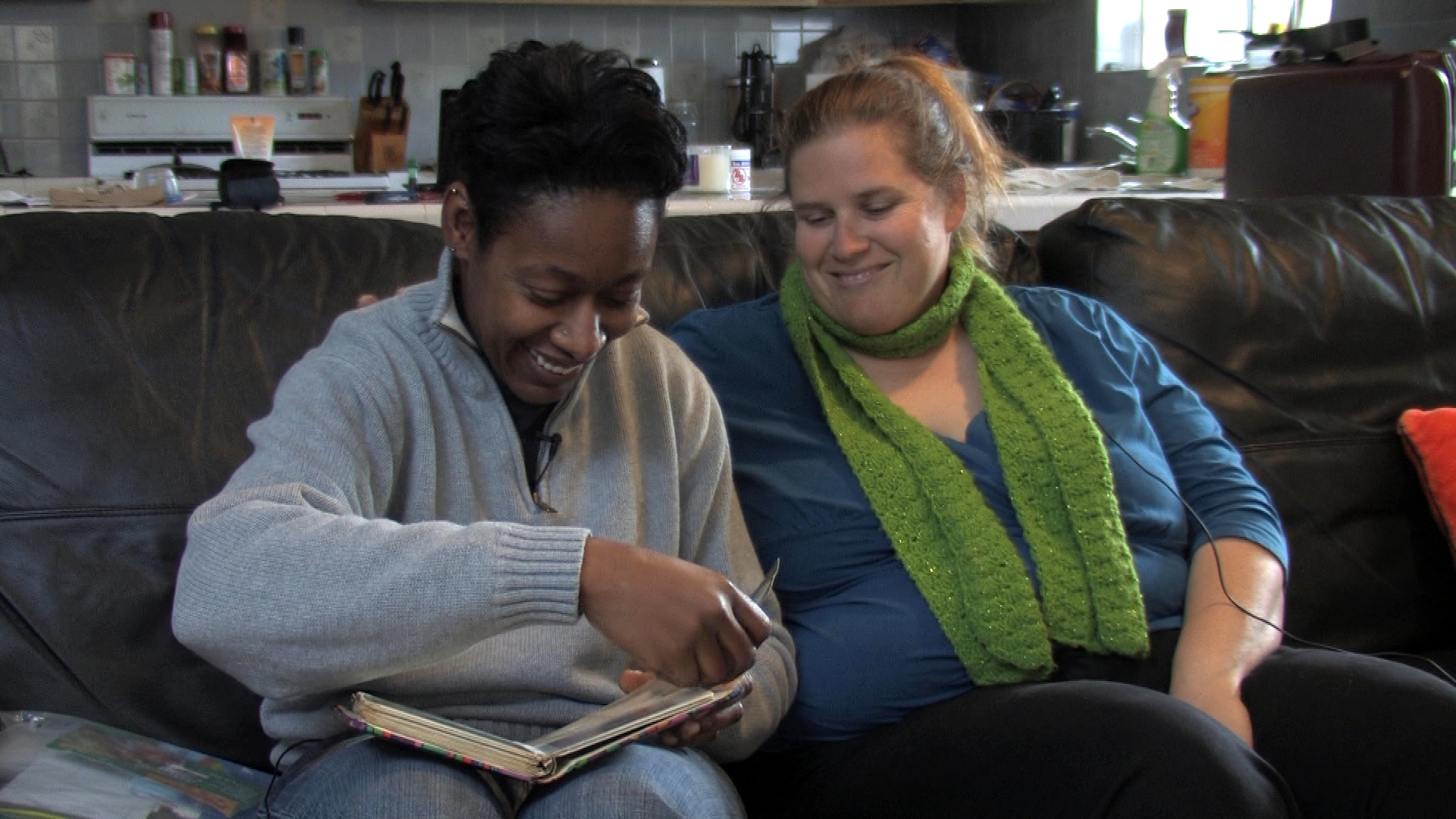 After serving in the U.S. Army for 12 years, there was still another fight for Tracey Cooper-Harris to face.

An Iraq War veteran, Tracey fought the effects of Military Sexual Trauma. When she found out that her benefits would not cover her wife, Maggie, she took on the U.S. government in a class-action lawsuit for denying her full disability benefits because she is married to a woman. Tracey and Maggie are sharing their story in an award-winning documentary about veterans called “Surviving Home.” The Pride L.A. spoke with Tracey to hear a little more about her story.

Tell me a little bit about yourself. How long have you guys been married?

When, where and for how long did you serve in the military?

What was your experience like in the military? Accepting?

For the most part, it was ok. I had an amazing job as a vet tech in the Army providing veterinary assistance to Military Working Dogs that detected narcotics, explosives and apprehending bad guys. Best job in the military outside of being a working dog handler.

Was it during “don’t ask, don’t tell?” What was that like?

It was rough. How the policy was implemented was based on each individual command, so while 1 command or unit wouldn’t care or ignore someone gay in the unit, another command would purposely look for gays to kick out.

What is Military Sexual Trauma?

Military sexual trauma is any form of unwanted harassment, assault, blackmail, leering, etc. It is basically the same thing that sexual harassment is in civilian sector, but it is your fellow military members that are doing the harassment to other military members.

Can you tell me about your court case? What happened? What made you decide to fight it?

After my diagnosis with a incurable neurological condition, I wanted to make sure that Maggie had the same benefits as any other spouse of a disabled veteran. When I found out that that would not be able to happen thanks to the Defense of Marriage Act (DOMA), we reached out to a few Law Centers for assistance. Southern Poverty Law Center got back in touch with me, and graciously decided to work our case. The main reason they did so was it was an extension of a case that they brought before the US Supreme Court in 1973 and it was decided in favor of Southern Poverty Law Center.

Our case was brought before the US District Court here in Los Angeles California back in February of 2012. It was one of the few cases that remained active when all of the other cases that were challenging DOMA except for the Prop 8 case and the Windsor case were before the US Supreme Court. Our case was decided and in our favor approximately 5 years ago on in August of 2013. what are case did was ensure that the Department of Veterans Affairs would treat our marriage as any other marriage for veterans benefits.

How has this affected you as a married couple?

For me, it was a peace of mind. I knew that should something happen to me, Maggie would be eligible for benefits that I earned as a veteran. Additionally, I knew that I was also helping out other veterans who were LGBT and were married in ensuring that their spouses would be entitled to those same veterans benefits as well.

Why did you want to participate in the documentary? What do you hope the community takes away from it?

A lot of times you see veterans shown as broken. You see many of us struggling, homeless on the street, and not in the best light. But we’re more than that. This was an opportunity to show that despite our struggles, we’re not just surviving but thriving once we come back. This is an opportunity to show civilians that we are more than just our experiences in the military. These experiences are not just part of who we are but give us that extra strength to push on during adverse times to make sure that we are being active members of our community and giving back.

What should other members of the LGBTQ+ community remember when fighting/advocating for themselves?

Don’t give up! Make sure that you reach out to the Community, Reach Out to friends, family, whoever will listen to you. This is bigger than yourself.

“Surviving Home” will have its West Coast premiere at the DTLA Film Festival on October 20 at 3 p.m. at the Regal Cinemas, Nokia Live. For more information, click HERE.