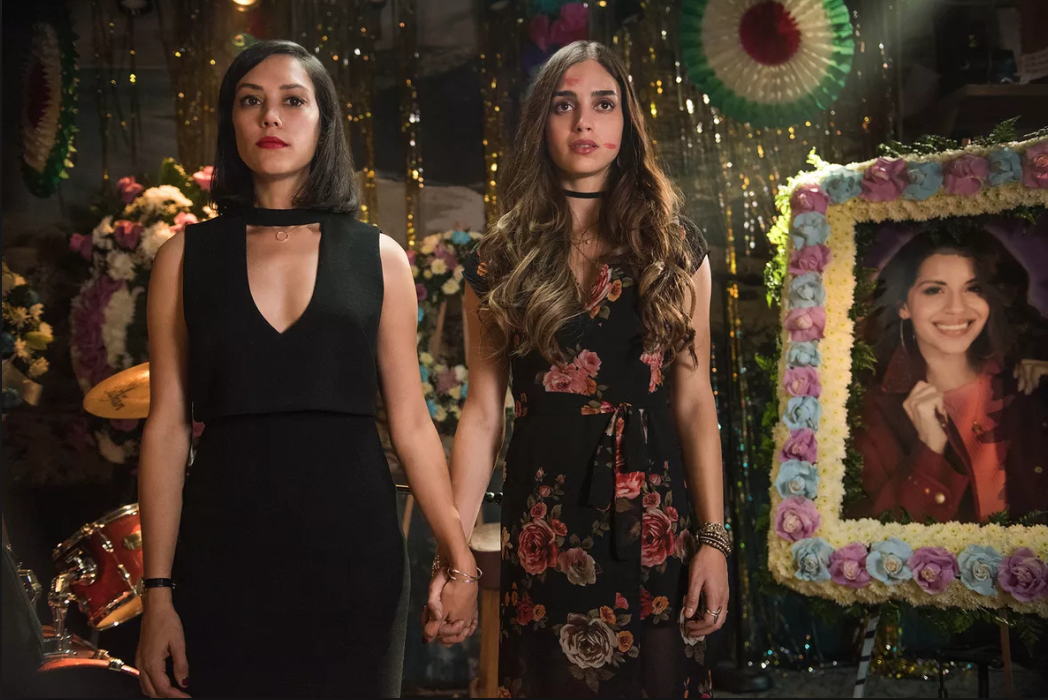 The concept of the unlikeable narrator has gotten a lot of play in the past few years. When it comes to literature, why should it be important that we like our protagonist, especially when that protagonist happens to be female? Doesn’t it end up creating an unfair standard for fictional characters when we praise the Walter Whites and David Brents of the world while chastising the Selina Meyers and Hannah Horvaths? Possibly. However, as we inch toward equality in TV representation, there are a few lines we’ve still yet to cross. Which is why it’s all the more strange (and exciting) to see in “Vida” a main character who is a total, unapologetic bitch, and not in the camp sense of the word. “Vida’s” central character Emma returns to her L.A. home only to cast judgment on everyone around her, yell at the anti-gentrification ‘bullies’ in Boyle Heights, and thoroughly alienate her only living relatives. She takes no shit, and doesn’t care about doing harm. It is, in a word, breathtaking.

In the new Starz show, set on the rapidly-gentrifying east side of Los Angeles, two Mexican-American sisters have to come to terms with the death of their mother who, unbeknownst to them, was gay and married to a woman at the end of her life. Creator Tanya Saracho’s script moves briskly through its melodramatic pilot episode to thrilling effect. No sooner do we see Emma’s younger sister Lyn witness her ex stop her mother’s bereaved wife from killing herself at the funeral than we ourselves witness Lyn being eaten out on the steps outside her mother’s funeral by the ex in question. The pilot leaves us with a lot of questions (why does Emma hate everyone so much?) and trades in on the mysterious, weirdly charismatic relationship between the two siblings to keep us hanging on after the first episode.

Hailed as a pioneering drama taking on the heavy subjects of gentrification and the ramifications of familial estrangement in an intensely family-oriented culture, “Vida” ends up being interesting not because of all the boxes it checks (Gay, Latinx, Socially Aware) but because of how it deals with the idea of betrayal. Emma, as the central, intensely unlikable character, isn’t interested in rekindling any kind of spark with her estranged sister or coming to terms with her mother’s queerness. She’s interested in getting the hell out of East L.A. and back to her high-powered life in Chicago. The challenge of the show is going to be how they’re going to get such a willful character to do the exact opposite of what she wants for an entire season.

When Emma is put in charge of her mother’s bar, she seriously considers selling it to developers who she knows will use the property to further gentrify the neighborhood, pushing undocumented tenants out of the neighborhood and possibly out of the country. “They tear buildings down,” says Eddy, Emma’s mother’s bereaved wife, “and build it back up in a way so nobody could afford it.” Emma’s response? “Somebody’s affording it.”

By putting together a diverse cast of characters with clashing agendas, “Vida” risked the sin of becoming preachy or heavy-handed. Luckily, even the more on-the-nose sections of the show, dealing with gentrification, politics, and the rise of Internet activism, seem completely natural and baked into the dramatic landscape. Lyn and Emma’s debacle is a familiar one: The Return of the Prodigal Son(s), “East of Eden” – hell, “Vida” even has shades of “It’s a Wonderful Life.” Saracho’s take on the material is fresh enough to keep us wondering what these difficult characters will do next, how they’ll survive, and how they’ll end up letting us in.