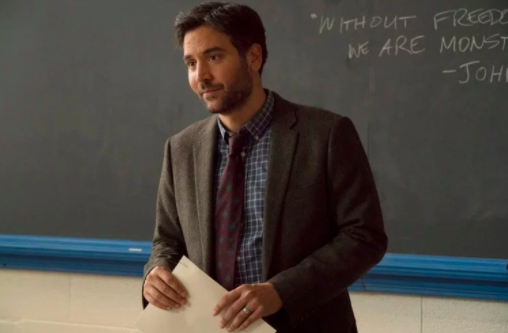 At the movies recently, I saw a trailer for a film “inspired by true events.” From the two-minute trailer for “Miracle Season,” I could see that the film combined all the usual tricks – including a swelling, Danny Elfman-style score and tear-jerking performances – to tell a story no one could possibly find controversial. We see films like this every season when things start to slow down, in between the final Oscar push of the winter and the onslaught of summer Blockbusters. They exist to remind us that not that hope exists or that true stories are often box-office shoe-ins, but to flex the muscles of a certain kind of movie made possible by a fail-proof style of film language.

That manipulative, “Schindler’s List”-approach to filmmaking that allows us to root for a home team, or be inspired by the story of a kid with a degenerative disease, or feel outraged by a tale of injustice that happened at least 50 years ago without thinking for a one second, “wait a minute, are these tears honest? Are they real?”

It’s this kind of tack that the new NBC series “Rise” takes, a show heavily criticized for choosing to change the protagonist of its source material – a book called “Drama High” – from a gay man to a straight man with a large, traditional family.

Why is this important to think about in the context of “Miracle Mile” or “The Blind Side” or even “Glee?”

Because, unlike the rest, “Rise” might have actually been something. The story of a group of ragtag theater kids trying to mount a beleaguered production of “Spring Awakening” in a working-class Pennsylvania town with the help of a passionate drama teacher might have combined the best parts of “Glee” and “Dead Poets Society” to create something that actually looks like real life. With a cast of queer and trans characters – some of them out of the closet, some not – diverse outcasts, jocks, and homeless kids running from the foster system, “Rise” definitely took pains to paint a more realistic portrait of the average middle-American high school. However, with a main character who seems to have no clear motivation for being this jazzed about musicals or getting kids to find their true selves, “Rise”, at least in the early episodes, makes no narrative sense. Not only does Lou Mazzucchelli, Josh Radnor’s now-straight English lit teacher-turned-drama coach not seem to have any clear passion or motivation for starting a high school musical program, he doesn’t have the time. With three kids, one of whom is a burgeoning alcoholic, and a wife who has to pull double shifts teaching piano (kindly overlook the economic implausibility of this) just to make ends meet, “Mazzu” isn’t exactly in a position to go volunteering for underpaid extra-curricular work. Yet he does, and it’s never exactly explained, just as it’s never explained why he gets so frustrated when his “vision” for the show isn’t met, or why he decides to ignore casting the best-known singers and actors in the school for relative unknowns. While these decisions make sense as ways to advance the plot, they don’t make sense for Mazzu. This is why, four episodes in, the character is still underdeveloped, and at times mildly nonsensical.

Now I’m not saying that if the character had remained gay, all this passion for the Theater would miraculously be explained. On the contrary, that would feel offensively stereotypical. But having a gay character in the lead would help us learn a bit more about why he’s so interested in shaking things up by casting queer misfits and outsiders in a play about queer misfits and outsiders. It might even make him seem – dare I say – interesting?

It’s tempting to blame the producers of the show, who were behind the twin smash hits of “Friday Night Lights” and “Hamilton,” for making what they might have seen as an attempt at simplification on the level of plot. If it’s supposed to be a true ensemble story, what does it matter who, or what, the lead is? However, a true ensemble story “Rise” is not.

If it were, it wouldn’t keep its queer characters in the background while keeping heteromances front and center. And it certainly wouldn’t leave us without anyone to root for three episodes in.