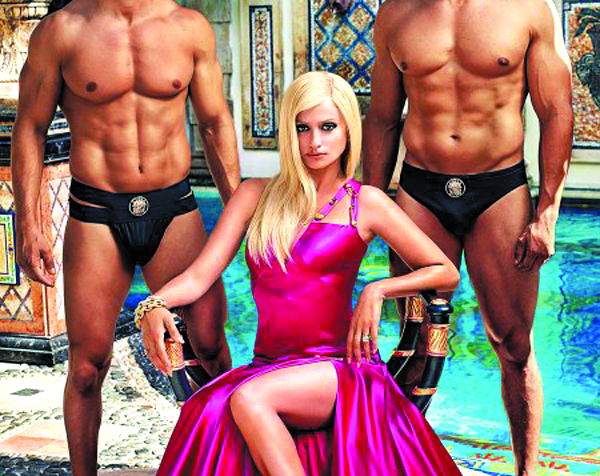 Those tuning into Ryan Murphy’s latest prestige series looking for camp and circumstance may find themselves, at first, disappointed. From the dream-like beginnings of the show’s first episode – which opens on Gianni Versace sprawled in a gilt-colored bed staring at a ceiling that could rival the Sistine Chapel for detail – we get a sense that season two will be a lot closer to the ideal Murphy aesthetic than the first, which presented the O.J. Simpson case in the cold, stark light of realism. However, as we’re led into the nightmarish unfolding of events of “The Assassination of Gianni Versace,” it becomes clear that we’re not here to lounge around in Versace splendor for an entire season. We’re here to see the Versace splendor splattered with blood.

Fashion icon Gianni Versace’s murder in 1997 was sudden, random, and grim. His killer, Andrew Cunanan, shot him outside of his palatial Miami Beach home, claiming the fashion icon as his fifth victim. While the relationship between the two men – the transparently gay Versace and the much younger, closeted Cunanan – remains a point of speculation, Murphy has chosen to believe that a relationship between the two, however scant, did exist in order to tell the story the way he wants to tell it. And the way he wants to tell it is, in typical Murphy fashion, a little bit overblown, bloody, fantastical, and oddly moralistic.

From the opening scene alone, where we follow Versace as he winds through his gigantic estate, built to resemble an Italian villa, in between shots of a desperate Cunanan trekking around Miami Beach with a dirty backpack, throwing up violently in public toilets, Murphy is clearly trying to say something about the relationship between the two. Whether it’s the more obvious comment about American excess – the land where the haves have everything and the have-nots have absolutely nothing – or whether he’s building up to something a bit more subtle is unclear thus far. What is clear is that subtlety is not and has never been one of Murphy’s strong suits, which is why his work is so hilariously great. Exhibit A: Penelope Cruz’s lisping performance as Donatella Versace, who from the moment she leaves the tarmac of her private jet is all business when it comes to her brother’s death. And of course, the much-anticipated performance of Ricky Martin as Versace’s long term partner, a man who was robbed of his rightful inheritance by the Versace estate. At the center of everything is the very unsubtle, and very seductive, interpretation of the killer Cunanan by Darren Criss, in whose hands the character is shown as ambitious, lost, vulnerable, psychotic, and romantic all in one take.

As with “American Crime Story” Season 1, “Versace” is playing the long game. Murphy uses the serialized format of television to ramp up the drama of a story that most of the world already knows. In Season 1, however, the O.J. Simpson trials were tied to something more personal for most viewers. It will be interesting to see whether or not “Versace,” with its unsympathetic characters and seemingly straightforward plot, will be able to achieve this same kind of nuance in the re-telling.