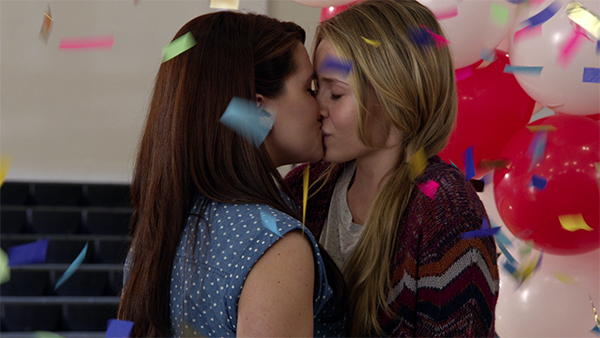 Ah, Prom: For so many of us, it’s a time for hideous dresses, self-loathing, and queer pain. But for other, supremely blessed beings, it’s a time to have fun and share a beautiful night with the one you love, if you’re lucky enough to have found someone to love by age 18.

Two students at Alexandria High School in Alabama’s Calhoun County were lucky enough to have found each other. They just happened to be lesbians. While this wouldn’t (shouldn’t!) strike many of us as a big deal, apparently the faculty at Alexandria decided it was just a bridge too far when it came to the sacred heterosexuality of the rites of prom.

When one half of the couple, a female student who hasn’t yet been named, asked her girlfriend to go to prom with her this Tuesday at the SCHOOL TALENT SHOW (my queer heart just stopped), school officials intervened, calling the proposal a “disruption,” and, according to onlooker Ashley Fadely, suspended the couple over the incident. They also suspended a friend who stepped into help.

Alabama, even for you, this is really too much.