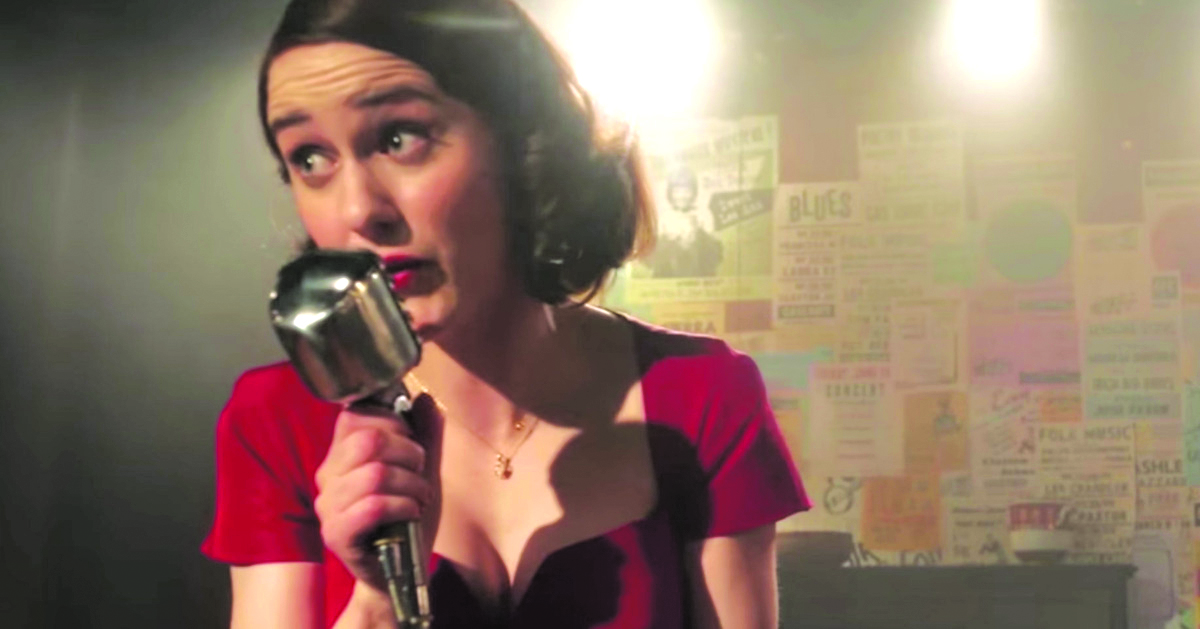 The single mother: A much-pitied, condescended to, and largely ignored figure so often relegated to the sidelines, is a character we can all recognize. In fact, she’s a person around whom a single cultural story has been allowed to stand for so long unchallenged and unquestioned even in the face of drastic cultural shifts and progressive, feminist waves. With all the great TV on air now that’s committed to pushing the boundaries and expanding the way we think about ourselves, other people, and the pesky problem of categorization in general, it seems shocking that there shouldn’t have been, up to this point, just one show that would serve to upend the familiar, cliched cultural notion of the single mother that goes something like: “Her marriage ended, and so did her life.”

Today – Hallelujah! – we have not one show that’s doing this, but two. Thanks to two under-the-radar, end of year releases, Showtime’s “SMILF” and Amazon’s “The Marvelous Mrs. Maisel,” our cup runneth over. Both shows take on the cultural power of the single mom cliche – who she is, how she gains or loses her independence, and how the term “mother” works to complicate any notion of her as a fully-sketched, richly observed individual. They’re also both hilariously funny, achingly true, and perfectly, almost musically paced. Indeed, the two shows that chose to look closely at one of our most-ignored American prototypes are the two shows that ended up saying the most about what America actually is at this precise, bizarre moment in time. During the Trump era, after the Women’s March, post-Weinstein reckoning. Both “SMILF” and “Maisel” are explosive, expansive products of a nation on the brink of serious change. This, despite the fact that one of them takes place in the late ‘50s, when petticoats were de rigeur and a “foul mouth” on a woman was an arrestable offense.

“The Marvellous Mrs. Maisel” is set in 1958, and follows the life of Miriam “Midge” Maisel, a woman who, unceremoniously dumped by her husband after he bombs onstage during an amateur comedy routine, is left to pick up the pieces of a well-ordered life. But that life, which included two young children and a neurotic set of middle-class Jewish parents, doesn’t quite fall apart the way everyone expects it to. Instead, Midge tries her own hand at stand-up comedy, and finds herself a quick study. Armed with a flawless ear, perfect timing, and an almost definitely lesbian manager (played by the brilliant Alex Borstein,) Midge takes on the coffee house comedy scene, meeting an embittered Lenny Bruce in the process. What’s perfect about “Maisel,” though, isn’t its relentlessly upbeat pacing or even its refusal to sink into the depressive depths of what Midge hints at feeling after her breakup. It’s the way in which Midge’s own fully grounded style of optimism (a spin on the dauntless cultural optimism of the 50s as decade) translates, on the viewer’s part, to a kind of euphoria. Midge is a figure who is ever rising, ever on the move, and not for a second brought down to earth. At least, not the earth we know of, with its dingy, depressing insistence on keeping ourselves low and in check. Midge Maisel is a fully optimistic creation without ever once being dim-witted or naive, and that, strangely enough, is a rarity on television.

That optimism is less present in “SMILF,” though Frankie Shaw’s show still manages to keep its head up in a similarly exhilarating way to “Maisel.” Bridgette, a young, aimless mom with an eating disorder, a crazy mother, and an abusive father (thankfully out of the picture) looks, on paper, like a tragic figure. But to watch her onscreen, whether we’re seeing her hit on a stock boy in a grocery store, masturbate to a picture of her baby daddy’s new girlfriend, or take a bath in the undrained bathwater of her ditzy employer (Connie Britton) to a Blossom Dearie soundtrack, is an ecstatic experience without equal. It’s not that Brigette seems like an especially happy or even well-adjusted person. It’s that her specific type of mess, as a single mom, as a young person, as a victim of trauma, leads her not into danger or depression, but toward a series of lighthearted and beautiful moments of freedom and acceptance. Some of these moments  – like her encounter with a middle-aged man who pays for her company – are frighteningly naive. Others are complex and thoughtful. But no matter what Brigitte does, we’re allowed to see her as a person who, like Mrs. Maisel, hasn’t allowed the stone-heavy problems of depressing circumstance to make her any less free. And that, to see onscreen, is absolutely beautiful.