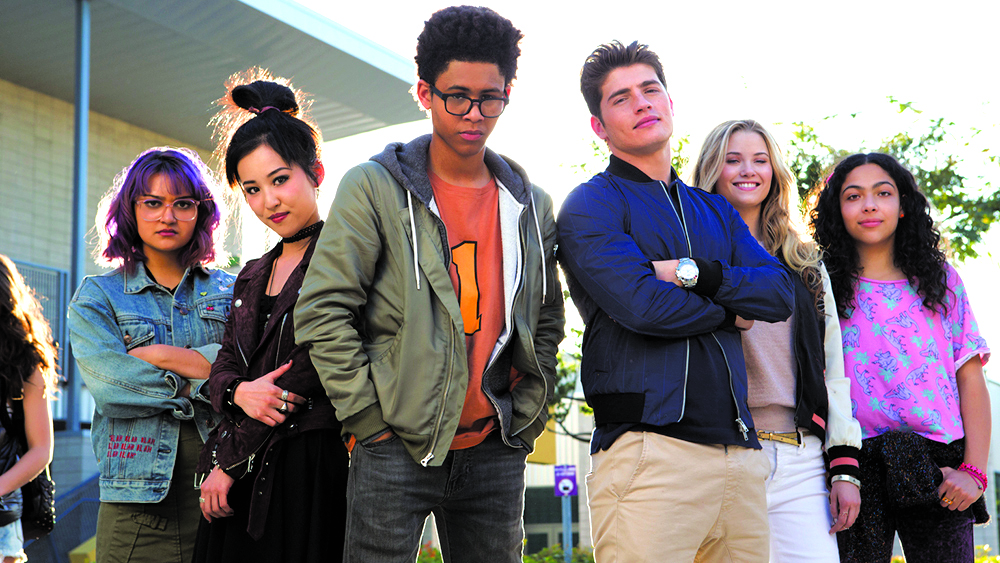 If you’re not one for superhero films, comic book franchises, gritty urban dramas, or even creature features, Marvel’s “Runaways,” (by way of stalwart streaming service Hulu) might not be for you. But even for those of us who fancy ourselves fully resistant to the charms of shape-shifting, supernaturally-inclined teenagers who have to band together to solve neighborhood crime, it’s still kind of irresistible. From the moment we get a taste of the show–whose lush Brentwood backdrop is already drawing comparisons to “The O.C.”–the world we’re seeing is too familiar to be boring. Or at least, as boring as it should be. I mean really–rich kids at a SoCal private school? An scenario ripped directly from “Pretty Little Liars?” The cheesy special effects that are reminiscent of “Power Rangers” at best and “Animorphs” at worst? It’s ‘90s nostalgia gone mad.

And then the perspective shifts. While the pilot of “Runaways” focuses solely on a group of ex-friends who have been torn apart by the mysterious death of one of their number, the second episode, titled “Rewind,” focuses in on their ultra-rich parents, who mainly existed as boring backdrops for the angsty kids in the first. We see that the parents, all of whom are well-off, successful, and deeply sinister in their palatial Brentwood homes, belong to a mysterious organization called “The Pride” (no relation to this publication) which requires them to wear red robes, attend seance-style gatherings, and wrench homeless kids from the streets and offer them as sacrifice to…something.

So far, so convoluted. But add in the parents’ shady criminal pasts to contrast with their bourgeois Brentwood present, and we’ve got ourselves a compelling show. And we haven’t even gotten to the lesbian part yet.

“The Runaways” on paper is about a group of kids with superpowers and special abilities. Kind of like every other comic book plot. In the Hulu adaptation, however, these powers, somewhat predictably, are tied to each kid’s ability to find strength in the thing that’s supposed to render them weak in the eyes of society. The youngest character has superhuman strength that, coming on, resembles menstrual cramps. The jock can create high-tech gear that resembles something out of James Bond, but less ridiculous. And Karolina Dean, the sweet, blonde Scientologist (or the show’s version of that troubling cult-cum-religion, the Church of Gibborim) can glow like a rainbow. And she’s gay. A gay scientologist trapped in the “church”? That’s about as L.A. a character arc as you can get. When we first see Karolina “break free” of her special Church of Gibborim bracelet at a party, we see her look longingly at two women kissing, caught up in their shared ecstasy. She glows rainbow, and she faints.

While the success of “The Handmaid’s Tale” earlier this year allowed Hulu to grow bold when it came to choice of material (and size of bankroll,) time will tell whether or not this daring streak will continue to produce excellence in the style of “Runaways” and “Harlots.” But for now, we’re all about enjoying the ride.