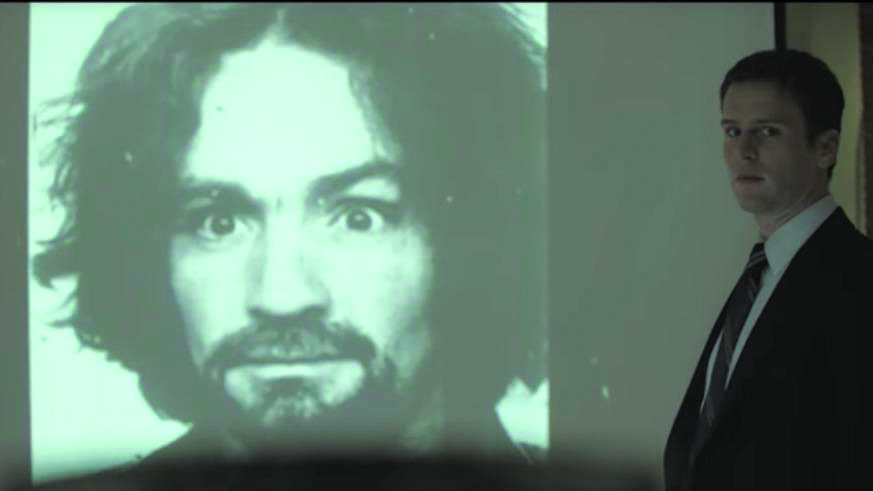 When Jonathan Groff’s wet-behind-the-ears FBI agent arrives on the scene of a hostile crime scene, it ends with the killer blowing his own head off.

Groff’s newbie agent Holden Ford has failed at his attempt at negotiation, and we’re the ones who have to deal with the mess of it. We see everything, the blood, the explosion, the smoke from the double barrel shotgun used to do the deed. It’s a quick moment, but a make-or-break one. And it doesn’t quite work.

“Mindhunter’s” first episode makes the fatal mistake of trying to lure you in. It’s obvious, graphic, and tries to a get a bit too close to the heart of things without having worked to earn it. Characters are thrown at us. Plot developments happen too quickly. We’re not quite sure what this is going to be: Is it a buddy cop show? A gritty crime drama? A psychological thriller?

Well, none of the above, and all of the above. Happily, by the second episode, we’ve forgotten the sins of the first. Holden Ford is a man trying to do what no one else in the FBI of the 1970s, apparently, is interested in doing. He wants to get to the ideas behind the violent, sexually-charged crimes that people like Charles Manson and Richard Speck commit. He wants to find out why killers kill, and use that information to try to prevent large-scale sexual assaults and murders from happening in the first place.

But it’s a bold mission, and, as you can probably see coming from a mile away, the pursuit of this noble cause changes Holden from a fresh-faced idealist to a gritty, pompous hothead, almost religiously infected with faith in his own work to the point of zealotry. He started out wanting to explore the gray area between born criminals and made criminals. And he ended by becoming an asshole. Go figure!

This is, however, but one character arc in what is ostensibly a three-arc show. Holden Ford is joined by fellow FBI agent Bill Tench, who has a struggling marriage and an emotionally distant kid (please GOD let him turn out to be a murderer next season.) Together, they are later joined by a consultant from the world of academia, Wendy Carr. The three of them comprise the FBI’s very first Behavioral Science unit, devoted to figuring out what makes criminals tick. They do this, of course, by interviewing convicted criminals. They also come up with the term “serial killer.”

“Mindhunter’s” source material is mined from the work of real-life FBI agents John E. Douglas and Mark Olshaker, who are responsible for the  1996’s “Mind Hunter: Inside the FBI’s Elite Serial Crime Unit.” Douglas is also the real-life model for “Silence of the Lambs” and “Red Dragon” character Jack Crawford, who seeks to gain entry into the minds of dangerous criminals, only to have it come back to bite him where it hurts.

The adaptation is paced nicely (except for that ridiculous first episode) and given a few pertinent additions here and there, the most interesting being that Wendy Carr, the consultant, is a closeted lesbian in the TV series. If “Mindhunter” was a bit more interested in beating its theme of “the masks we wear” into the ground, it might have made this plot point more of a turning point. Thankfully, “Mindhunter” is not that kind of show. It’s subtle, well-designed, and takes its time drawing its conclusions. Reviewers have already remarked on its “cold” and “clinical” nature, but these are traits that feel much better suited to a show about the study of crime than they would be to, say, a straight-out thriller like the kind the first episode was trying to be. If you’re watching “Mindhunter” for pure pleasure, you might find yourself bored. If you’re watching it for information, you’re probably better off reading the book. But if you’re watching it for the joy of its twists and even its more predictable turns, you’ll find your time well spent.