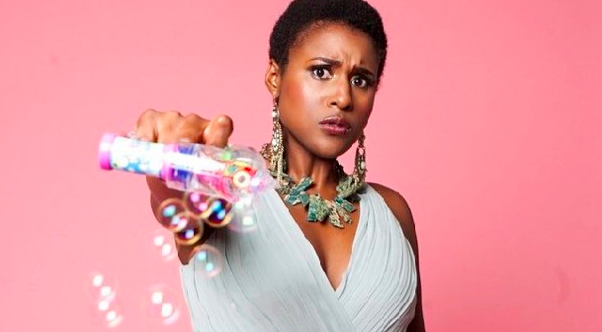 In case you needed yet another reason to get hyped about the third season of Issa Rae’s brilliant show “Insecure,” you just got it. Rae spoke to BET recently about what the future holds for the show, and apparently, it’s even brighter than we could have imagined.

Ever since the first season of “Insecure,” the show has been tackling tough questions surrounding dating, gender, and sexuality. When Molly kicked a guy to the curb for having a same-sex encounter before dating her, it seemed like the beginning of an interesting through-line when it comes to future LGBTQ+ representation on the show.

“We have so many friends who are bisexual or gay,” Rae told BET, “and I was like, “I don’t think I would trip if a guy I was dating said he had messed with another guy if, in my mind, he still identified as an alpha male.” And they were like, “Well, he still f**ked another dude, so he’s gay.” I just thought that was an interesting conversation. Then the writers brought it up and noted that while some people agreed and some people did not, any conversation like that that sparked a debate we had to put it in on the show.”

Rae told BET that she’s looking forward to exploring questions of black male sexuality on the show, as well as possibly bringing in a plot involving a transgender character in future.

“For us,” said Rae, “it’s just about finding the most natural way.”

And to that we say: BRING IT.