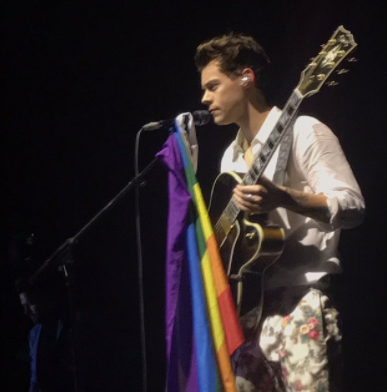 We have to admit it– for the longest time we made the criminal error of underestimating Harry Styles. That’s correct: We, along with everyone else on the Internet, started out thinking of Harry Styles as some ridiculous member of a boy band and then as one in a lineup of Taylor Swift’s exes. But no more.

In the past few years, Styles has been subtly carving out a place for himself in Social Justice Warrior history–and in our hearts. He began by admitting that teenage girls are incredible arbiters of taste. And as if that wasn’t enough, he just carried a Gay Pride flag onstage with him at a San Francisco show during his first solo tour. And the result was, well…sigh.

i think people undermine how safe ur idol waving around a pride flag on stage can make u feel. thank u for being my safe place @Harry_Styles pic.twitter.com/E6OS8NTBlr

Bae couldn’t get any bae-er.